WHEREVER Islamic terror embeds, rest assured, the Brotherhood Mafia’s quest for global dominance is front and center. This is indisputable, regardless of those who attempt to deflect from said inherent truth; the Islamist-in-Chief being a front and center reprobate and liar. However, some of us know what’s going on, as such, we are unafraid to shout it from the rooftops. They can’t silence all of us. Let them try.

Adina names names, exposing “overwhelming evidence” of the Muslim Brotherhood’s infiltration into Western society—its institutions, academia, the media, social networking circles, the U.S. government, its proxy organizations, and more—and its overt and covert methods and plan to garner support, execute jihad, and ultimately dominate the world!”

THE above Sunni Brotherhood jihadi-linked facts are immutable, notwithstanding their necessary alliances with their Shia brothers-in-arms. It just depends on which infidel (non-believer in Allah) requires whacking. Hence, the Mafia appellation. Well earned.

BUT before we tie-in the nexus between the Islamist-in-Chief to Turkey and link both of their relationship’s to ISIS, one must throw off the mental baggage of Turkey being aligned with the “moderate”camp, unless being in bed with ISIS, Hamas et al. is your definition of “moderate”. Suit yourselves. In tandem, while you are throwing off the yoke, ignore Turkey’s alliance with NATO. It is nothing but a dangerous smokescreen.

REGARDLESS, it must be understood: beheading is hardly an anomaly for committed Islamists, that’s for sure. Who recalls the 2002 Al-Qaeda beheading of Daniel Pearl, a Wall Street Journal reporter? BTW, ISIS is merely the latest outgrowth of Al-Qaeda; its updated incarnation. BOTH are part and parcel of the Brotherhood Mafia. Don’t ever forget this. Keeping your head atop your shoulders may depend on this verily lesson learned, especially if Shariah law enters your western sphere! Footnote: parts of America have effectively “introduced” Shariah law. Oh yeah, they have.

Two verses from the  Koran are used by terrorists to justify the practice.

Decapitations are also described in some of the earliest histories of Islam.

Muhammad’s earliest biographer, Ibn-Ishaq, describes how the prophet approved the beheadings of between 600 and 900 men from the Jewish Banu Qurayza tribe following the Battle of the Trench.

It was a common form of execution under the Ottoman Empire, where it was the “primary form of symbolic aggression among Ottoman soldiers”, according to historian James J Reid.

In Saudi Arabia, where a strict interpretation of Sharia law is enforced, beheading is the form of punishment for a range of crimes, including drug running and apostasy, with approximately 80 people believed to have been beheaded by the kingdom last year.

Though there are no calls for beheading as punishment for specific crimes in sharia law, it is one of a range of executions that may be used, along with stoning or hanging.

NOW that that’s settled, let’s concentrate on ISIS and their (all of a sudden) prominence, mainly due to their barbaric video depicting the beheading of James Foley, an American photojournalist. Not content with one head on a platter, what makes them think they can threaten Americans and that they will get away with it? Oh, they know that the Islamist-in-Chief has their backs! Otherwise, they wouldn’t dare to go up against many millions of Americans, enough of whom are (legally) armed to boot. (Fellow) Americans, you are on your own…your leadership has effectively abandoned you.

STILL yet, due to ISIS’s catapult to top Islamist dog we are forced to play connect the (three main) dots; leap-frogging from Obama Inc.’s ties to ISIS; to Turkey’s nexus and both their linkages to ISIS and Hamas.

BUT to connect the Jihadi-in-Chief to ISIS one must resurrect the roots of his Mid East wildfires. Upheavals. Alas, from the moment that he PLANNED the ouster of Egypt’s Mubarak all hell broke loose, as intended. Say what?

WELL, as a result of his “meddling” and his championing of the Brotherhood Mafia, Egypt’s leaders filed an indictment against Barack HUSSEIN Obama and Hill too. Interesting. Congress has yet to do the same. Orwellian.

KNOW this to the nth degree: Egypt’s toppling was designed as a knock-on effect to lead into Libya; ipso facto as a gateway to topple Syria via MASSIVE weapons-running – MAN-PADS as prime booty – resulting in Benghazigate. The operational end point involved transfers to the “rebels” in Syria. Basically, said fires were meant to assist the “rebels” – via the Islamist-in-Chief’s mischief – to install the Brotherhood Mafia into power, even though Obama Inc.’s thrust into Egypt didn’t go as planned. Machiavellian.

MORE specifically, ISIS is an outgrowth of said “rebels” and Obama Inc. helped to arm and train them! Sounds like conspiracy-talk, but no less true.

Training: American troops join Jordan and Iraq for an exercise as it is revealed Syrian “rebels” (aka ISIS factions) are being helped. In Qatar, Mr Kerry said assistance would help change the balance on the battlefield! 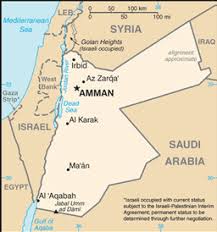 BEFORE anything else, let it be noted: U.S. troops are often tasked to train outside forces, those which are supposed to be helpful in securing American interests within their respective regions. Otherwise, what’s the point, right? But said strategic doctrine is predicated upon an American patriot situated at the helm and properly vetting this one and that one!
MOST significantly, how many readers recall this site’s continuous harping on the Muslim Brotherhood Mafia’s entrenchment within Obama Inc.? For those who are newly aboard, time to catch up to speed via this blogger’s interview (Oct. 2013), one which highlights certain DHS top Brotherhood appointments! Mind you, it has EVERYTHING to do with the title, the implications, of today’s commentary.
Wolff Bachner: In a modern, highly political world, one must have enablers and allies to enact any global initiative, especially one that is subversive and secretive. Who are some of the enablers and allies of the Muslim Brotherhood and how high up the political food chain do they go?

NO, Turkey hasn’t been lost in the discussion. In fact, Turkey’s Erdogan is a central Brotherhood player to all of the above, as he marches toward resurrecting the Caliphate, the Ottoman Empire. First and foremost, in area of importance, is Barack HUSSEIN Obama’s Islamist relationship to President (former PM) Erdogan. Their demonstrably copacetic bindings.

MOST ominously, the anti-western duo are inexorably linked to ISIS and Hamas. In point of fact, Erdogan shields Hamas’s top killers in Turkey, as well as serves as a main transit corridor for ISIS Brotherhood butchers! There are no ifs, ands or buts about these tidbits.

Prime Minister’s Recep Tayyip Erdogan’s “AKP government has helped us a lot” since the war in Syria began, an Islamic State fighter told a Turkish journalist.

The Jihad and Terrorism Threat Monitor of MEMRI (the Middle East Media Research Institute) exclusively provided The Jerusalem Post with a report on Tuesday based on an interview with the fighter, who is in Ankara for medical care, by journalist Deniz Kahraman from the left-liberal Aydinlik newspaper and the OdaTV website, in which the fighter says Turkey played a crucial role in the Sunni group’s spectacular advances.

“Turkey paved the way for us. Had Turkey not shown such understanding for us, the Islamic State would not be in its current place. It [Turkey] showed us affection. Large number of our mujahedeen [jihadis] received medical treatment in Turkey,” he said.

RESULTANT to all the above: a few orders of magnitude stand out:

THERE is little doubt that the jihad perpetrated on 9/11/01 will be relegated to child’s play, when ISIS pounces within the U.S. Yes, it has been reported that some are, more than likely, already burrowed inside America! More likely than not.

The ranking Republican on the Armed Services Committee in the U.S. Senate is warning that ISIS terrorists, those who this week beheaded an American journalist, are trying to develop the capability of blowing up an entire American city.

DESPITE the enormity of the threat, one that has been building for years, which Obama Inc. has a direct hand in, a State mouthpiece (in reality, a well-paid whore) has the temerity to posit: Foley’s beheading isn’t directed at the U.S. and the Islamic State (ISIS) is not behaving as representative of Islam!!

COULD an Obama mouthpiece be any dumber…more inept…whiny and school-girly?? Listen to her idiotic response to an AP reporter!

INDEED, as if Islam has NO relationship to blood….

IN the main, this investigative journalist has warned westerners, particularly Americans and Israelis: stealth jihad will be the death of the west, sooner than frontal jihad will. Its insidious effects are such: few will have a clue, before they even realize that their freedoms are gone. Kaput.

SO, is it possible that Barack HUSSEIN Obama’s otherwise inexplicable and somewhat schizophrenic tactics – regarding approving drone strikes here and there against Al-Qaeda and ISIS alike, while propping up Islamists on the back end – are actually “Muruna” – a “cousin” of “Taqqiya” – both of which underpin stealth jihad?  {Full Disclosure: the embedded link is part of Islam Exposed, a site this American-Israeli serves as Israel Administrator on behalf of }

As an expert on the Muslim Brotherhood, I am often called upon to contribute to various forums on its dangers, particularly via its world-wide overarching tentacles. I am an investigative journalist and contribute op-eds to various Zionist and conservative media outlets.

BESIDES, pretending that beheading (and, in general, Islamic barbarism) has NOTHING to do with Islam is like feigning that alcoholism isn’t directly related to excessive drinking, capable of wrecking countless lives in the process. Who can be so blind?

WITHIN reality-based thinking, Islam/Shariah law has already proven to be a monumental disaster!