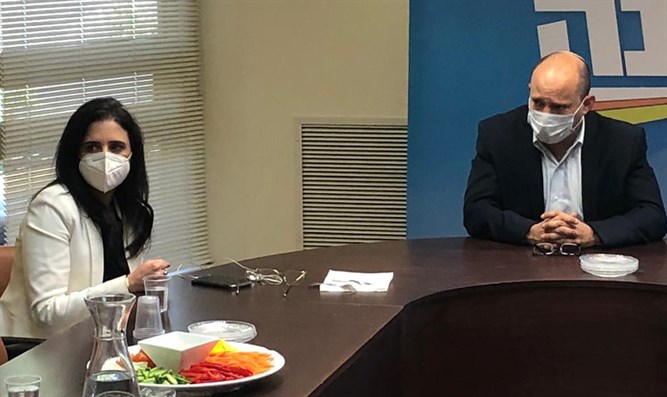 {UPDATE: MK Chikli: Yamina handed the Crime Minister movement its victory – Inexorably, Naftali Bennett, as head of YAMINA, the soon-to-be PM, will be recorded in Jewish history as the one who placed personal ambition above the will of the majority Zionist public and the safety of the Jewish homeland, alike! The concessions and gifts given to UAL’s Islamist Party, that is, the arm of Egypt’s Muslim Brotherhood Mafia in Israel, is the biggest governmental treachery, since the rebirth of Zion!

More pointedly, the following addresses the rage felt by a majority right-wing public:

Why are so many Israelis angry with Naftali Bennett?

Naturally, Arabs are ecstatic and understand what took place. The Islamic imperative to sign a “temporary deal” with sworn enemies is the height of Islamic “taqiyya”; the art of deception! No doubt, Bennett sold out the Jewish homeland for a fleeting moment in time to become PM!!

Is it any wonder that the world gets to see “an Islamist politician” from the Arab minority in Israel grinning from ear to ear and endorsing “a far-right Jewish leader and his allies.” But that was the photo of the day out of Gaza. 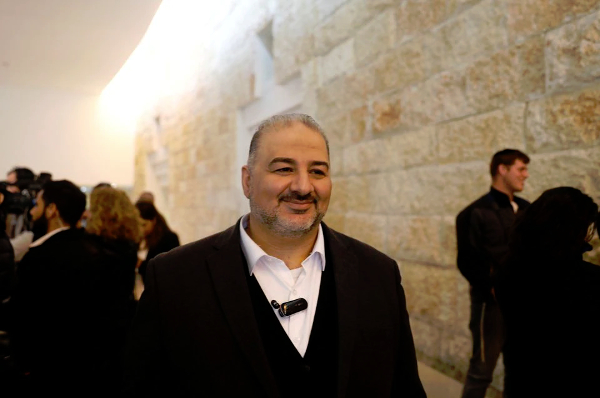 Mansour Abbas endorsed Bennett as prime minister and handed him the governing majority. They did it under the theory that any enemy of my enemy must be my friend. They call that “diplomacy.” The very same “diplomacy” which has allowed Hamas to re-arm, again and again, under so-called, putative “cease-fires.” Similarly, it allowed the “tiny Islamist faction” to nail down “a paper-thin majority for Jewish parties hoping to unseat” the longest serving premier Israel ever knew. They just created a special party of terrorists.}

Israel's new Prime Minister only got 5% of the vote. A fake conservative, this weasel sold out his nation by joining islamist & lefty parties sworn to its demise. With Netanyahu gone, I expect Biden to squeeze israel to make dangerous concessions to Islam. Another globalists win! pic.twitter.com/ddjmGiAsn0

AS per this expert’s strategic analysis:

SANS a scintilla of a doubt, the underlying basis of Israel’s electoral system is beyond a nightmare. An unholy quagmire. Rotten to the core. Simply put, it is designed to fail. No ifs, ands, or buts. So much so, the system is the most fractured and convoluted mish-mash in the so-called democratic world. An absolute embarrassment. Truth dare be told, it is akin to those found within third-world countries.

EVEN so, before we segue to the whys and wherefores, know this: this Israeli voter has no love lost for PM Netanyahu; a serial accommodator and an appeaser, that is, when a tough spine matters most and a war must be fought to victory. Inextricably, prima facie evidence of the same.

STILL yet, the aforementioned nightmarish system led to this writer’s mainstream interview (prior to the run-up of another fractious election, Nov. 28, 2017), namely, “Can Israel Survive as a Jewish State?”

AS per the whys and wherefores, they can be found within this writer’s analysis (in 2012) at American Thinker, “The Paradox of Israeli Politics” — that which renders a devastating indictment of Israel’s political system, but, at the same time, offers solutions!

NEVERTHELESS, from 2003-2005, Netanyahu was a stellar Finance Minister. In fact, as a graduate of the world famous Massachusetts Institute of Technology, aka MIT, he has proven to be a free market, economics guru. The best there is. Equally so, he would (more than) hold his own as Foreign Minister, if at the helm of said Ministry. He is an unparalleled orator; an unbeatable presence on the world stage.

INCONTESTABLY, if not for the incontrovertible dysfunction of the electoral system — again, an unwieldy disaster to the nth degree — a so-called right-wing led by Netanyahu’s rivals via MK’s Bennett and Shaked would hardly consider locking arms (wait and see) with the likes of the most radical left, bar none, in tandem with an Islamist Party whose members and constituents work 24/7 to destroy Israel as the Jewish state via a Hitlerite base! Domestic terrorists at large, as witnessed within.

INDEED, Bennett and Shaked are “victims” of what has become Israel’s Achilles Heel; a completely broken electoral process.

AS such, in a desperate quest to sit atop the helm —  yes, as they attempt to oust a flawed PM — and become putative king-makers, they expect to “do deals” with a patchwork of dangerous “partners!” Heaven help us.

MOST significantly, it dare not be underestimated: Bennett and Shaked’s  flank of rabid, radical leftists, alongside Islamist Jew-haters, if installed, will be the moment in time that the Jewish homeland tipped in favor of those seeking to destroy Israel!

IN others words, if “Bibi” — one of the shrewdest political operators on the world stage — couldn’t navigate the treacherous waters of Israel’s electoral system (to keep his coalition from falling), why in heaven’s name would any rational thinker and lover of Zion believe that Bennett and Shaked (tragically, drunk on their own power) will be able to hold the foxes ensconced inside their coalition at arm’s length and at bay, let alone not upend the Jewish homeland in the process??

The government about to be formed will be the weakest and most radical in Israeli history — a diplomatic and military catastrophe that will threaten Israeli democracy.

There is little point at this stage of the game in mentioning the depths of moral depravity and treachery into which Naftali Bennett and Ayelet Shaked have descended. Now, as the two self-proclaimed “leaders” of the ideological right defect from the nationalist camp and form a leftist government supported by pro-Hamas Arab parties, the time has come to discuss the strategic and national consequences of their actions.

The place to begin the discussion is by noting that ministers that support the Biden administration’s Middle East policies will hold an absolute majority in the leftist government Bennett and Shaked are now intent on forming.

The Biden administration’s commitment to returning the United States to the 2015 nuclear deal with Iran leads only in one direction. Biden’s Iran policy guarantees that Iran will achieve its goals of regional hegemony and membership in the nuclear club.

The 2015 deal facilitates Iran’s return to the global market and provides billions of dollars in cash payments to the regime in the form of sanctions relief and reparations. With these funds and lines of credit, the regime in Tehran will deepen its control over Yemen, Iraq, Syria and Lebanon. Iran will expand its war against Saudi Arabia while compelling the Gulf States and Jordan to bend to its will. The Khomeinist regime will then turn its sights on Egypt and work to oust the Sisi government and replace it with the Muslim Brotherhood.

The administration’s claim that it will negotiate a “longer and stronger” nuclear deal with Iran after it returns the United States to the 2015 deal that paves the way for Iran to become a nuclear-armed regional hegemon is completely unfounded. Iran will have no interest in negotiating anything further, so it won’t.

The leftist government that Bennett and Shaked are about to form will not be able to oppose Biden’s policies because most of its cabinet ministers support those policies. And this spells the demise of the Abraham Accords. The rationale for those peace deals is Arab faith in Israel’s willingness to confront Iran even in defiance of the United States. Once that is gone, the Abraham Accords will be dead in the water.

The leftist government that Bennett and Shaked are now forming will guarantee that the Palestinian Authority will complete its seizure of Area C, endangering Israel’s strategic interests and imperiling its communities in Judea and Samaria. Most of the members of the government object to any steps to secure Israel’s rights and strategic interests in the areas. Not only are they themselves ideologically committed to undermining Israel’s rights in Judea and Samaria. They will never dare to defy the Biden administration, which supports Palestinian land theft.

Under the leftist government, Hamas will rebuild its military capabilities in a matter of months. With the economic and political support from the Biden administration, the European Union and the United Nations, Hamas will be able to import all the building materials and other dual-use products it requires, without limitations. Any chance that Israel will object to this state of affairs will dissipate with the formation of the government. Here too, a majority of the cabinet members support the U.S. plan to “rebuild Gaza” for “humanitarian” reasons.

And if Hamas—as can be expected—renews its campaign against Israel, the government will not dare to fight back because it will be dependent on the support of the Muslim Brotherhood-aligned United Arab List to survive. The UAL will bring down the government if it even thinks about lifting a finger to protect Israel against Hamas.

The radical justices of the Supreme Court and attorneys in the Attorney General’s office and state prosecution will exercise unchallenged authority over all aspects of public life. All chance of restoring the powers of Israel’s elected leaders and returning sovereignty to the people will disappear the minute this government is sworn into office.

It doesn’t matter what “Prime Minister” Bennett and his chorus of “advisers,” say in defense of their betrayal of their voters, their political camp, and their word of honor. The facts are what they are. Bennett, Shaked and their lackeys are poised to form the weakest and most radical government Israel has ever known. You don’t need to be a prophet to understand the consequences of their actions.

Caroline Glick is an award-winning columnist and author of “The Israeli Solution: A One-State Plan for Peace in the Middle East.”