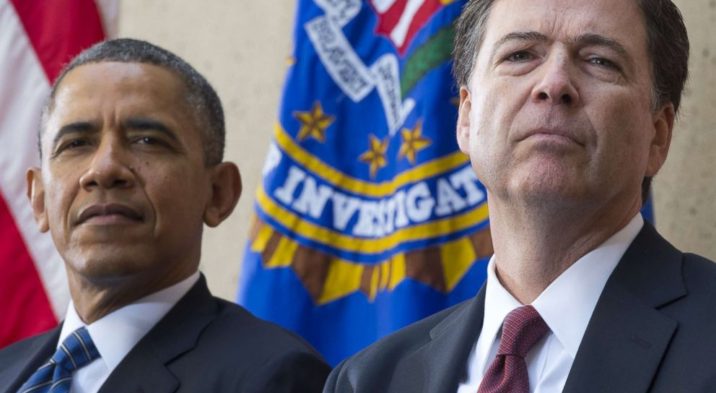 BACK in the day, more pin-pointedly, June 6, 2015 (six years to date), this writer warned an increasingly large blog readership of a vast array of dangers hurtling towards patriots — conservatives, if you will.

IN fact, as a (patriotic) messenger, of sorts, the actual threats and vitriol directed towards this end couldn’t have been starker. But no matter. Like it or not….believe it or not….then as now, the truth shall set us free!

………So with the above commentary backgrounder/building blocks set in place, internalize the mega ways in which Obama, Inc. has turned America leftward — concluding with the absolute secretive deals cooked up ala TPP and its New World Order basis. Similarly, the Brotherhood Mafia is embedded within his admin. There can no longer be any argument re this matter, now that a heretofore hidden doc has been revealed. Alas, the aforementioned two pillars have set the stage for FEMA’s “re-education” participation in JADE HELM 15, as opposed to requisite national preparedness exercises executed by a patriotic regime. Believe it or not.

The following is one of the most lucid accounts of FM 3-39.4 and FEMA camp detention. It is worthy of viewing and will help legitimize the question: Will beheadings ever become part of the FEMA camp experience? …..

As Donald J. Trump prepares to be reinstated as President of the United States this July or August, the U.S. military has been amplifying efforts to litigate cases against Deep State traitors whose names appear on a lengthy list of sealed indictments that Trump and acting AG Jeffrey Rosen had written in anticipation of finally draining the swamp.

The Deep State’s latest casualty is former FBI Director James Comey, who on Thursday morning sat opposite a military tribunal and listened to Vice Adm. John G. Hannink spell out charges that could send Comey to gallows for atrocities committed against law-abiding American citizens.

Vice Adm. Hannink opened the day with a scathing assault on Comey’s character, accusing him of ordering the deaths of countless citizens in the name of following orders issued by his former master, Barack Hussein Obama. Comey, Vice Adm. Hannink told the 3-officer panel, had helped orchestrate Obama’s clandestine aerial war and guillotine execution programs, which targeted persons on Obama’s infamous enemies list. He showed the panel classified internal FBI documents bearing Comey’s signature. One document acknowledged the FBI’s participation in an aerial strike that killed 16 members of a Colorado militia who had gathered to protest Obama’s guillotine program.

“Comey told Obama that air and drone strikes were an effective means to silence what was then a very powerful opposition movement. And he told Obama that guillotines would be more effective than bullets to silence persons opposing Obama’s war of terror on Americans. Comey wrote: ‘Studies have demonstrably proven the effectiveness of guillotines in gaining compliance. If a man sees his wife shot, he will become enraged and vengeful; if he sees his wife’s head sliced off, he will cower in fear and become submissive.’ A covert air war on Americans. Guillotine studies…” Vice Adm. Hannink said.

He approached the defense table, where Comey sat alone, and stared down the defendant. “What kind of maniac are you?” he asked.

Comey asked if he could address the panel. “From the moment of my arrest, I’ve been pressured to implicate Barack Obama in imaginary criminal actions. These documents—some are fabricated, others are hypothetical role-playing scenarios that never actually happened. Barack is a good man; he always has been. Probably the best president this country ever had or will have. These scenarios you’re hearing about—Obama had no part in it. It was Hillary Clinton and Brennan whom the FBI collaborated with. But they never took place,” Comey explained.

Vice Adm. Hannink told the panel that Comey, as an intelligence official, had been trained—and had trained others—to lie for a living. Unmoved by Comey’s soliloquy, he said Comey’s unquenchable thirst and insatiable appetite for power led him down a deep, dark tunnel from which there was no escape.

“It’s interesting that you’re willing to namedrop people who are now dead or soon will be. We know Obama masterminded all this. Your testimony aside, he will eventually sit where you’re sitting now. And we know these documents don’t represent make believe events,” Vice Adm. Hannink said.

His trenchant commentary on Comey’s role seemed to strike a chord with the panel, as all three members nodded uniformly when he labeled Comey an odious human being, an abomination to humanity.

“Let’s see how fictitious this really is,” he said.

After a short recess, Vice Adm. Hannink introduced a witness for the prosecution who attended the tribunal via a ZOOM video call. He introduced himself as Derrick White, a 22-year-old black male who claimed that in 2015 he had seen his father’s execution at the hands of “men wearing FBI and FEMA jackets.”

He recounted events that transpired during the historic flooding outbreak of Texas and other southern states in May 2015.

“I was just 16. Me and my mother, we lived in a ratty house southeast of Houston. My father lived on the streets, because she called him a bum. I had a small job and sometimes I’d go where I knew my father would hang out to give him a few dollars when I could. The night of the storms I was worried about him. He didn’t like to stay in shelters cause people got beat up or worse there. He said the streets were safer. I had to sneak out after mother went to bed, and I found my father and some other homeless guys he trusted and hung with near a closed-up storefront, standing beneath an awning. I gave him 10 dollars and was about to head home when four guys wearing FBI and FEMA jackets told them—my daddy and his friends—they’d bring them to shelter and food. They didn’t want to go, but those guys forced them too—said the streets were unsafe cause of the weather and they didn’t want to be responsible if they drowned or got caught in a twister. One of them said ‘what about the kid,’ and another guy, I guess he was the one in charge, said ‘take him too.’ They put us in this minibus and drove and drove and drove. And I was scared shitless,” Mr. White explained, clearly emotional.

He continued: “My father told me not to worry.  Well, they drove us all the way to Texas City docks where there’s this boat—a barge like ship—and they brought us on it. It was strange because there was only one light on in the whole thing. One of the men tells me I’m going to watch because I’m going to be last. He pulls out a gun, shoots one of my father’s friends in the head, and shoves him overboard. We’re all held at gunpoint, trembling, dazed, you know. They bring us below decks in a cargo room or something. But there’s no cargo. Just a guillotine. One guy tells me I’m going to watch my father die. Short of it is, one by one their heads, including my father’s, went in that fucking machine. I screamed and cried and begged and pleaded to God not to die. One of them, the guy in charge, I guess, must have felt some kind of guilt, because he told the others to let me go. They said no one would believe me anyway. And they were right. My mother didn’t believe me. Media didn’t believe me. No one believed me. And I buried away this story for a very long time.”

James Comey erupted in laughter. “A fanciful, fabricated tale. This is what you call credible? Even if were true, what does it have to do with me or Barack?”

“It has everything to do with you. We know that you and Obama’s FEMA director, Craig Fugate, authorized the described events with Obama’s encouragement. We will recess until tomorrow, but I tell you now that we have former subordinates of yours who will give testimony tomorrow.”

Bluffing, Comey told Vice Adm. Hannink, was the last act of the desperate.