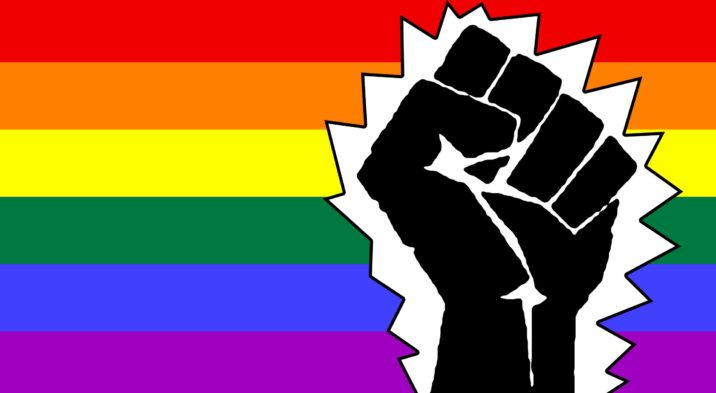 AKIN to the reliability of a Swiss clock, as well as the sun rising and setting, whenever/wherever an ‘out, loud, and proud‘ gay grabs the reins of power, well, their bully pulpit turns into a cudgel to advance the gay agenda. Guaranteed.

MIND you, it makes no diff if one is the spokesperson for the POTUS, a so-called rep. of the people, an AG, or any other high-powered commissar ensconced within the radical left community. For, in reality, it is as if the fact that so many have reached the highest pinnacles of professional success amounts to diddly squat. Thus, the questions become: What is really going on here? As such, the follow-on is: If they are so discriminated against, how did they attain said success, despite openly wearing their identity with nary any push-back? How, indeed.

STILL yet, the aforementioned queries merely scratch the surface. The actual core should be: Whose hands are really behind the ‘gaying of America‘, most perniciously, via the kiddies? Truth dare be told, it is the all-powerful ‘Gay Mafia‘, yes, an actual Mafia-like hierarchy!

MAKE no mistake. None of the strident militancy has anything to do with the shrill mantra that is thrust into every sphere of public-private life, that is, ‘diversity, inclusion, and equity.’ Hogwash. As already evidenced, this small sub-section of the population (wherever they hoist their ‘pride’) is already privileged!!

AND, as it happens, there is no escaping their grasp. As an American-Israeli (living in Israel), this writer was compelled to expose (Dec. 12, 2021) the insidious nature of their powerful tentacles in one of Israel’s major media outlets –

MORE specifically, through the below excerpts (from the above analysis), hopefully, the reader will gain a firmer handle on its dangerous hierarchical components — as per what they are witnessing today; the most powerful, tentacled organization in America, as well as throughout the west at large.

HOW can it be that within the Jewish homeland that its Health Minister, yes, an ‘out, loud, and proud homosexual‘ endangers the country’s health and welfare upon the altar of gay politics??

GOP candidates fire back amid national debate over gender

Michigan Attorney General Dana Nessel is facing criticism after she suggested there should be “a drag queen for every school.”

She made the comment Wednesday during a “civil rights” summit in Lansing, reported TheBlaze. Nessel is the first openly gay person voted into statewide office in Michigan.

“Drag queens make everything better,” she tweeted. “Drag queens are fun. A drag queen for every school.”

Matt DePerno, the Republican candidate for attorney general, said “Dana Nessel continues to show just how completely out of touch she is with Michiganders.”

“Students in the third grade are behind on their reading. Our test scores are some of the worst in the country thanks to these disastrous COVID lockdowns, and she calls for drag shows for kindergartners,” he said.

“When I am governor, schools will answer to local parents, not progressive activists, drag queens, and trans-supremacists,” Tudor tweeted. “The days of radical activist politicians sexualizing our kids are over.”

Drag shows targeting children have exploded in recent months across the nation, with many parents expressing outrage both at the content of the shows and the fact that parents are kept in the dark about them.

Nessel made headlines early last year, TheBlaze noted, when she admitted to having been politically motivated when she pressed charges against a restaurant owner for ignoring the pandemic lockdown rules.

MOST significantly, the Orwellian and highly dangerous crazy train goes on and on — all ‘credit’ to the most powerful Mafia in history, that is, the ‘Gay Mafia!’