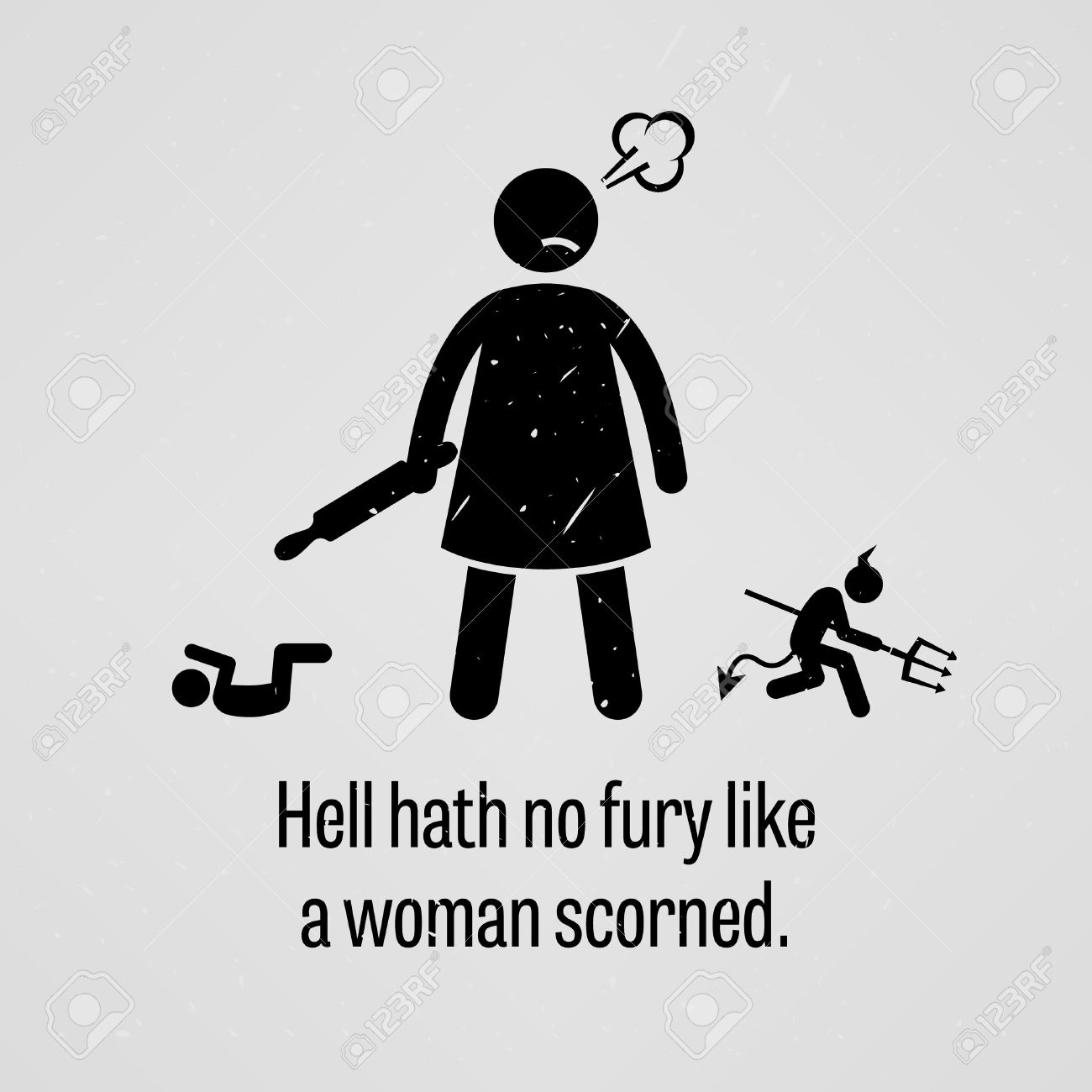 {UPDATEm Sept 22, 2019: New Evidence Reveals Omar’s Brother-Husband Was Enrolled at NDSU When She Claimed In Court He Was Allegedly Missing!}

{UPDATE, Sept. 5, 2019: hubby formally files for divorce, as such, the “beans” will start to spill in a VERY public manner…stay tuned!}

IN this rage-induced age of “Me Too” and everything “Woke”, it is totally fair (and understandable) that an age-old euphemism is flipped upside its head: yes, “hell hath no fury like a man scorned.” It’s about time!

AS such, is there anyone (male or female) in their right mind who doesn’t understand why Ahmed Hirsi is in pain, especially, since Rep. Omar cheated on him – and in the most public and humiliating way imaginable? After all, canoodling with one’s illicit lover at this and that romantic spot is hardly in keeping with being on the down-low. Sheesh. Indeed, who would think that this so-called pious, hijabi-wearing Muslima is so hot to trot! Damn hypocrite, too.

A brief, grainy video of two people leaving a restaurant could hold the clue as to the reason the marriage of leftist congresswoman Ilhan Omar broke down.

The 12-second video, obtained exclusively by DailyMailTV, shows Omar and her companion leaving a romantic, out-of-the-way Italian restaurant in California the day after she had made controversial remarks blaming 9/11 on ‘someone doing something.’

She left Caffé Pinguini in Playa Del Rey, a beachside enclave in Los Angeles, with a man who took pains not to allow the couple to be photographed.

And DailyMailTV has learned that an eyewitness observed Omar and her companion holding hands while dining inside the bistro. 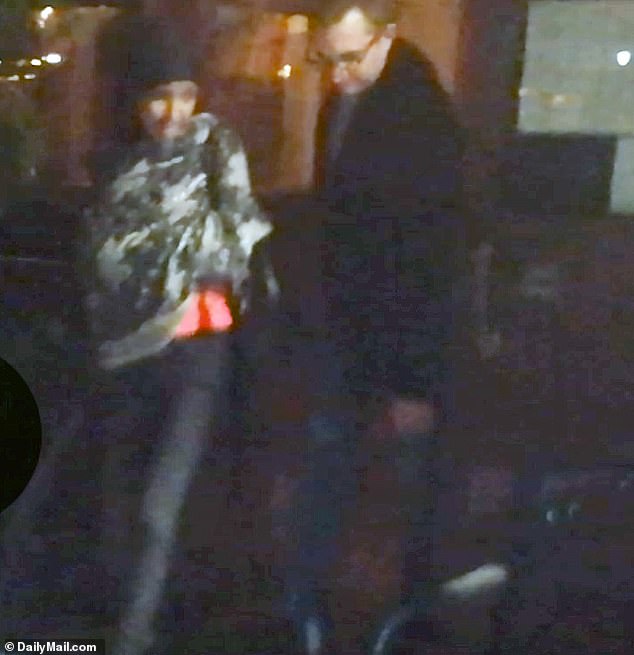 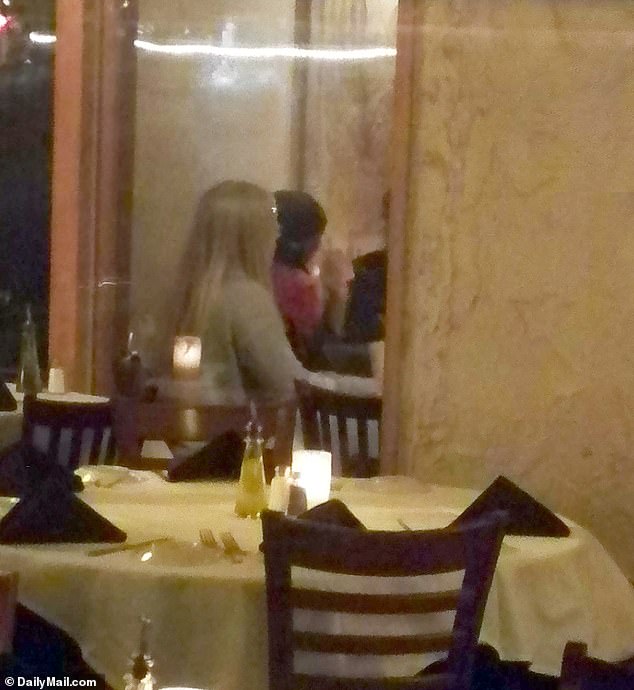 RESULTANT, in keeping with any man whose marriage has been treated with such disdain, is it surprising that Ahmed Hirsi blew her cover? Rhetorical. Hang on tight….

The legal husband of U.S. Rep. Ilhan Omar, D-Minn., and the father of her three children, Ahmed Hirsi, has confirmed to friends that the congresswoman married her brother in a fraudulent immigration scheme, according to sources who spoke to Powerline blogger Scott Johnson.

Hirsi has said, however, that he did not know at the time that Omar was married to her brother, Ahmed Nur Said Elmi, Johnson wrote Tuesday.

The Powerline blogger said his sources in the Somali community in Minnesota further say Omar is threatening Hirsi that he would be in trouble along with her if the truth were to come out.

The Somali sources say Omar has asked Hirsi to state publicly that all is well with their marriage even though it is finished, Johnson said. They are living apart and have been divorced under Islamic law, although they remain legally married.

Omar was the target of a complaint filed last week with the Federal Election Commission accusing her of illegally using campaign funds to pay for travel expenses for a Democratic political consultant whose wife accuses him of having an extramarital affair with the Muslim congresswoman.

The National Legal and Policy Center alleges in the complaint filed last Wednesday that Omar used campaign funds for a “romantic companionship” with Tim Mynett unrelated to her work as a lawmaker, reported WCCO-TV in the Twin Cities……..

“The evidence is overwhelming Rep. Omar may have violated the law and House rules,” said Judicial Watch President Tom Fitton. “The House of Representatives must urgently investigate and resolve the serious allegations of wrongdoing by Rep. Omar.”

WND also reported the local daily newspaper that has provided enthusiastic coverage of Omar, the Minneapolis Star Tribune, says the congresswoman has been uncooperative with attempts to resolve the accusation.

The findings of Steinberg, Preya Samsundar and Powerline’s Johnson, Judicial Watch said, are “supported by information gathered from public records, social media postings, genealogy databases, computer forensic analysis, unaltered digital photographs, discussions between the investigative reporters and the subjects of the investigation themselves, and information supplied by confidential sources within the Somali-American community.”

In her application for divorce in 2017, she swore under penalty of perjury, among that, other things, she had had no contact with Elmi after June 2011 and didn’t know where to find him.

However, evidence, including now deleted social media posts, compiled by Steinberg and others indicates she not only had contact with Elmi but also met with him.

The State of Minnesota Campaign Finance and Public Disclosure Board already has determined that Omar violated state campaign finance laws for improper use of campaign funds. She was forced to reimburse her campaign thousands of dollars.

More significantly, Judicial Watch said, the board discovered she filed joint tax returns with Hirsi in 2014 and 2015 while she was legally married to Ahmed Elmi.
OH yeah, “she be” multiple times fu**ed over! Still yet, Silicon Valley Sharia hearts her, and will do everything so that she doesn’t bend over in an upcoming election!

MIND you, it is not as if this investigative journalist didn’t blow her to smithereens for her criminality and more – most recently on August 1, 2019 ala “Ilan Omar’s Unmasking: Paternal Terror Roots + Alias Alike – Multiple Criminal Frauds, Pre/Post Immigrating To America!”

ASIDE from all of the attendant crimes she has committed, it is not lost on this investigative journalist (whose expertise lies in Islamic Jihad and its underlying basis, Sharia Law) that she violated one of the gravest crimes within Islam, that is, adultery, punishable with death by stoning! Ipso facto, instead of denigrating the nation which lent her refuge, she should be kissing its ground – knowing that had she remained in her Somali Islamic hell-hole (or fled to a myriad of others), she would be six feet under, and not out and about cavorting with her new squeeze!

ACCORDING to Islam Online:

In the Name of Allah, Most Gracious, Most Merciful.

All praise and thanks are due to Allah, and peace and blessings be upon His Messenger.

Dear brother in Islam, we would like to thank you for the great confidence you place in us, and we implore Allah Almighty to help us serve His cause and render our work for His Sake.

Islam has taken a firm and decisive stance against Zina (fornication or adultery). Allah, the Almighty, commands in explicit and unequivocal words: (And come not near unto adultery. Lo! it is an abomination and an evil way) (Al-Isra’ 17: 32).

In his response to your question, Sheikh Ahmad Kutty, a senior lecturer and Islamic scholar at the Islamic Institute of Toronto, Ontario, Canada, states:

Adultery in Islam is one of the most heinous and deadliest of sins. Its enormity can be gauged from the fact that it has often been conjoined in the Qur’an with the gravest of all sins:shirk or associating partners with Allah.

The enormity of this sin is no small measure due to its dire consequences affecting individuals, families, and societies. Among these are that it entails infidelity and erodes the trust and tranquility that are the foundations of a fulfilling family life; it dissipates one’s energies; it undermines peace at home; it corrodes the purity of one’s soul and hence destroys one’s faith; finally, it exposes the person to the wrath of Allah, thus resulting in eternal damnation.

It is no wonder then that Allah and His Messenger have sounded dire warnings against adultery in so many ways. To list only a few instances: continue the journey here…..

UNHOLY smokes…..listen to what is preached in the most important and largest mosque in Britain – and punishment for adultery is within, too.

MOST significantly for America, this IS the real Omar – amply evidenced and supported by a single tweet.

On the 26th of August, Rep. Ilhan Omar made the following tweet:

Somali government and peacekeeping forces, need to protect @Hormuud and the Somali telecom industry as they make enormous contribution to the economy and provide vital services.

FYI: On 10th July 2018, the Somali terror group attacked and destroyed a strategic ‘mediated cross-border communication –base transmission station (BTS) mast owned and operated by Safaricom, in Hamey, Garissa County of Kenya. The terrorists also attempted to attack the area administration police camp, but were repulsed by border security and patrol forces. The destruction of the BTS is an interesting event. According to intelligence reports, 2 dozens of heavily armed Islamists conducted the attack, and that a Somali telecommunications company identified as Hormund, is sponsoring the attacks.

Tracing the money. Terrorist groups have become increasingly adept at eluding detection through use of cash, sophisticated laundering operations, or legitimate front companies. Monetary practices embedded in Muslim culture, such as donating to charities and informal money-transfer centers, have compounded the difficulty in tracking down terrorist financial links. This will be Hormuuds cover. It’ll use a spirited campaign to refute the claims. Hormuud knows that, despite heightened efforts to track terrorist financiers, the vastness of the modern financial system means government officials often find themselves looking for the proverbial needle in the haystack…..

INCONTESTABLY, Omar recognizes that Hormud is part and parcel of al-Shabaab, an affiliate of al-Qaeda! Who recalls this hyena-like interview, too:

YES, squaring the (terror) circle, so to speak.

IF anything, every time she denigrates America and what it stands for via statements akin to…..

it attests to where her allegiance lies – and it is not with America!

TO wit, it is beyond the pale that her presence in Congress is tolerated, let alone that she has yet to be put on trial for a multiplicity of crimes. Of course, if justice has any meaning left, she must be deported upon her release from jail, post haste. After all, every other non-PC protected citizen would, at the very least, meet said fate and no one would say: boo.

REGARDLESS of all else, the equitable and honorable way forward – when dealing with the likes of Omar (and similarly inclined fraudsters) – is derived from Judeo-Christian principles: