ONE can’t spin fast enough, akin to a dervish, to move out of CAIR’s cross hairs, that is, if their target refuses to submit to Islamic dictates. Dougie “Schmoogie” Hooper, as CAIR’s National Communications Director, this investigative journalist is talking to you! Yes, a chief propagandist for “Allah’s Muslim Terrorists.”

So, the Muslim Brotherhood front group Hamas-CAIR has decided to build an “islamophobia” website and design a hit list in the same manner as the Southern Poverty Law Center’s “hate list.” The new site is Islamophobia.com.

The problem with such an assertion is nicely summed up by Ned May of the International Civil Liberties Alliance (ICLA) when he said that to use the term “Islamophobia” is “a violation of logic.”

He blasted the Office for Democratic Institutions and Human Rights (ODIHR) in 2013 saying that the word “fails solely to inclusion of the word ‘unfounded.’ Thus, well-founded fear, mistrust or hatred of Islam does not constitute Islamophobia.”

He also went on to point out, “Millions of non-Muslims have very real reasons to fear Islam and Muslim violence, and cannot reasonably be described as ‘Islamophobes,” he said. “Furthermore, any investigation into the fear of Islam, is denounced as ‘Islamophobia.’ Thus, the definition of Islamophobia is circular, a violation of logic.”

This doesn’t stop the irrational members of CAIR, who follow the murderous founder of Islam, Mohamed. The CAIR site also claims that it envisions “a time when being Muslim carries a positive connotation and Islam has an equal place among many faiths in America’s pluralistic society.”

CONSIDER their recent display of brass balls (and it’s barely a smidgen of their intimidation, just during the summer of 2015), indelicate descriptor aside:

A new AR-15 assault rifle model made in Apopka is being billed as one that would “never be used by Muslim terrorists.” The Spike’s Tactical Crusader is a standard AR-15 by design, but this particular model has undergone a few cosmetic modifications to make it reportedly offensive to those of the Muslim faith.

The Bible verse, Psalm 144:1 has been laser etched into the rifle. It says,“Blessed be the Lord my Rock, who trains my hands for war, my fingers for battle.”

The AR-15 also includes a few other tweaks, including a laser-etched shield and cross. The safety selector features the words “Peace,” for the safe setting, “War” for the semi-automatic mode, and “God wills it.” The reverse site of the safety selector bears the Latin translations of those words and phrases.

Shooting standard .223 or 5.56 ammunition, the rifle may be modified further with the change of a barrel. The new design retails for $1,395, but comes with a lifetime warranty.

The Crusader’s manufacturer, Spike’s Tactical, was launched on Sept. 10, 2001, by Mike and Angela Register. The company is family owned and employs more than 40 people, according to a press release on the Crusader’s launch.

“Right now and as it has been for quite some time, one of the biggest threats in the world is and remains Islamic terrorism,” said Ben “Mookie” Thomas, spokesman for Spike’s Tactical, who is a former Navy Seal and former Blackwater security contractor. “We wanted to make sure we built a weapon that would never be able to be used by Muslim terrorists to kill innocent people or advance their radical agenda.”

Thomas told Patch the reasons behind the new model are two-fold. Spike’s Tactical wants to prompt an open discussion about the threat Muslim extremists pose to the world. Secondly, the gun manufacturer wanted to create a model that would be unlikely to end up in the hands of Muslim terrorists.

The idea for the Crusader model was born, Thomas said, as he was driving into work one morning listing to NPR on the radio, hearing about “ISIS and the inhumanity of their behavior.”

As a former military man and security contractor in the Middle East, Thomas said he understands well that many of the weapons used by terrorists are made in the United States and paid for by others.

The hope is the new model will get people talking openly about the Islamic threat, Thomas said, rather than labeling any discussion “offensive and off the books.”

“There’s a holocaust happening over there and America is at Starbucks,” he said.

To find out more about Spike’s Tactical, visit the manufacturer’s website.

NOW, from this site’s  “tactical” perch, the purchase of this rifle (for all those “bitter clingers”) is probably the wisest investment you can make, gun-wise. It is a bottom line calculus.

BUT getting back to CAIR’s CONTINUOUS threats, imagine how “shocked” a Tennessee Sheriff was when they zeroed in on him. Never ending.

CAIR today said it will call on the U.S. Department of Justice (DOJ) to investigate the civil rights implications of “raw anti-Muslim bigotry” expressed by a Hamilton County  Sheriff, Jim Hammond, who claims President Obama is a Muslim who “belongs to the Muslim Brotherhood” and says he plans to monitor suspicious members of the local Muslim community.

Considering the recent Muslim terrorist attack in Chattanooga, TN in which a devout local Muslim slaughtered 5 unarmed servicemen, this is a smart policy that should be enacted all over the country.

CAIR  Sevier County Sheriff Ron Seals recently told a local Tea Party meeting that his officers contacted the U.S. Department of Homeland Security after seeing what they viewed as suspicious behavior at a shopping center. That comment, made at a meeting in the Sevier County Courthouse, was prompted by an audience member’s statement about “Muslims in burqas spending long periods of time in shops without making purchases.”

The speech and questions from the audience included frequent references to Muslim residents or visitors to the county. One audience member falsely claimed the “first page of the Koran” says “you will believe in Islam, either voluntarily or by force, or we’re going to kill you.” That person added that “there is no such thing as a modern, good Muslim.”

That same person claimed that a church in Dayton, Ohio, is being protected by the FBI because of “people in burqas acting aggressively toward the congregation.”  The audience member continued: “Here’s the important part that I wanted to make you aware of. . .you won’t see this on the Internet. The FBI said this is happening all over the country. They’re going into churches, they’re being aggressive, they’re being controversial, and the government is not allowing this to be reported anywhere.

BUT never mind all that ” bigoted ” nonsense from concerned patriots. In point of fact, most significantly, in 2007, CAIR was named an unindicted co-conspirator to the biggest terror trial in U.S. history, the Holy Land Foundation Terror trial.

Now before the Court are two motions from three organizations: the Council on AmericanIslamic Relations (“CAIR”), the Islamic Society of North America (“ISNA”), and the North American Islamic Trust (“NAIT”) (collectively, “Petitioners”). CAIR filed its Motion for Leave to File a Brief Amicus Curiae Instanter (“Amicus Brief”) on August 14, 2007. ISNA and NAIT filed their Motion for Equitable Relief from the Government’s Public Naming of Them as Unindicted CoConspirators (“Motion”) on June 18, 2008. In the Amicus Brief, CAIR seeks to have its name and the names of all other unindicted individuals and organizations stricken from the Government’s List of Unindicted Co-conspirators (“the List”), that was filed with the Government’s Trial Brief in the first trial of this case on May 29, 2007.

EVEN so, the FBI – damn them – utilizes them as the “go to” resource, though they supposedly cut off contact in 2008 after the Holy Land Foundation Terror trial! 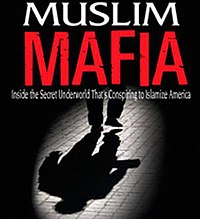 CONCOMITANTLY, is it any wonder that Psalm 144:1 was etched aside a new AR-15? And does anyone think that it won’t resonate with millions upon millions of patriots? As is said, “the natives…patriots…are getting restless!” And may its manufacturer make a “financial killing” in sales!

(Psalm 144:1, laser-etched into its side: “Blessed be the Lord my Rock, who trains my hands for war, my fingers for battle”….  לדוד ׀ ברוך יהוה ׀ צורי המלמד ידי לקרב אצבעותי למלחמה )