IF anything, the real crime — re this and that supposed out-of-the-blue pilfered docs — has been its ‘convenient’ timing thereof. For, in reality, the criminally-bent Biden regime possessed the smoking gun evidence years ago, that is, via Miranda Devine’s block-buster, explosive, bombshells, namely, LAPTOP FROM HELL! 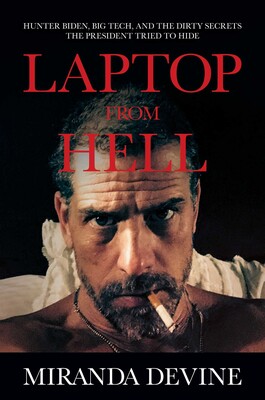 NOW that the above ‘secrets’ are laid bare and in plain sight, the nail-in-the-coffin is beyond crystal clear. Still yet, the open question remains: will the Biden Crime Family, finally, fall, or not?? This money is on ‘business as usual!’

(Natural News) Thanks to materials found on his now-infamous laptop, we already knew that Hunter Biden was, shall we say, less than an ‘ideal’ human being when it comes to personal behavior, but like peeling an onion, there are many more layers to the Biden family’s debauchery and corruption.

In recent days, some of the same left-wing media outlets who lied about Donald Trump for four years and helped cover up the 2020 election theft have been reporting that Joe Biden took classified documents with him when he left office as Barack Obama’s vice president that were not his to take, allegedly. Some of these documents, we are told, were stored in a haphazard, unsecured manner in the garage of one of Joe Biden’s homes in Delaware.

Now we learn that Hunter Biden, while he was making under-the-table deals with Chinese businessmen tied to the upper echelons of the Chinese government, was living in the same home these classified documents were stored in, leaving many to ask just what kind of access did the son have to them and were any of them ‘relayed’ to Chinese contacts or did any Chinese government officials visit Biden while he was staying there.

According to an exclusive report by Breitbart News:

While addicted to drugs, cavorting with prostitutes, and making deals with businessmen tied to the highest levels of Chinese intelligence, Hunter Biden lived in the house where Joe Biden stored classified documents.

On a background-check application dated July 2018, Hunter Biden claimed that he paid $49,910 per month in rent and that his “current residence” at that time was 1209 Barley Mill Road in Wilmington, Delaware, according to a document found on Hunter Biden’s abandoned laptop.

Hunter also listed that Wilmington address as his primary residence on at least one form of identification (his Delaware driver’s license) and used the same address as his billing address for both his personal credit card and Apple account in 2018 and 2019, a review of files from Hunter’s abandoned laptop reveals.

In 2018 Hunter Biden claimed he owned the house where Joe Biden kept classified documents alongside his Corvette in the garage Via @jj_talking pic.twitter.com/L7c80MRRiS

What kind of compromised situation did Hunter Biden put himself into? And is that why Chinese figures tied to the country’s intelligence agencies were interested in making ‘deals’ with him?

“At one point in August 2018, Hunter was recorded begging his sister-in-law-turned-lover, Hallie Biden, to let him use his credit card points to pay for a stay in rehab,” the New York Post reported.  “Another former girlfriend of Hunter’s, Zoe Kestan, testified to a federal grand jury in February of last year that the couple stayed for a month in 2018 at the notorious Chateau Marmont hotel in Los Angeles, where — the younger Biden wrote in his 2021 memoir — he ‘learned how to cook crack’ before being ‘blacklisted’ from the property over complaints tied to his drug use.”

During the same period, Hunter Biden also was frequently in the company of prostitutes, spending more than $30,000 on sex workers between November 2018 and March 2019 alone. That made him a huge potential target for blackmail, either by the Chinese or Russians or even the Iranians.

Earlier this week, the White House confirmed that classified documents have been found in two batches in the same home where Hunter Biden lived. Those are on top of classified docs found at the Penn Biden Center in Washington, D.C., days before the midterm elections — that the compromised Justice Department did not announce. Joe Biden had an office at the center, which was funded, in part, by China.

The Biden family is more than just corrupt, they are all dangerously compromised. Joe should not be president, and Hunter should probably be in jail.