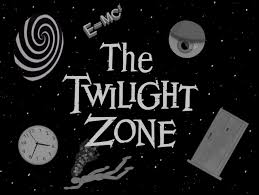 EVEN if one entered the twilight zone or an Alice-in-Wonderland rabbit hole and lived to tell the tale, it would still be impossible to match the dual-faced netherworld of Islam. No exaggeration. SUCH is the dire situation that westerners are facing, and it is exacerbated due to complex and complicating factors. Regardless, several stand at the tip of the Islamic spear and they must be explored. Exposed.

SO it is against this dangerous backdrop that westerners find themselves confused and scared, akin to being dropped into a twilight zone-like “reality” which is laced with a dose of Alice-in-Wonderland rabbit hole trails alike.

BUT as Rabbi Nachman (April 4 1772 – October 16 1810) famously proclaimed, “Have courage! Despair does not exist!”, similarly, westerners dare not give in to despair and must maintain their courage. After all, what’s the alternative??

THUS, certain well-informed experts, including this one, stand guard over the various twisted and interlocking aspects encompassing what has become a looking-glass “reality.” Resultant, we are well-positioned to pierce through the very same Islamic veil and underbelly which Dr. Jihad Qaddour’s “Dawah” + Ehab Jaber (atypical dual-faced Muslims who abide by Shariah law mandates ala Taqiyya, Tawriya, Kitman and Muruna, alongside actual frontal jihad) operate from.

(Dr Jihad Qaddour, a Syrian immigrant who fronts for the MB via “dawah” – the Muslim mission to convert others to Islam, mainly through “outreach” propaganda programs!)

IN this regard, it was not for nothing that “dawah” was featured – front and center – at the onset of this site. The following excerpt (Aug. 2012) can be read at The Muslim Student Association: Islamic Student Arm Of The Muslim Brotherhood Mafia.

For this discussion it is intrinsic to note the intersection between an “occupational” interest in the Muslim Student Association, and its morphing with a mother’s growing concern. This is an understatement.

Many have heard of the “student group”, but few understand its essence and mission. Fewer have spent time watching their “dawah” (the Muslim mission to convert others to Islam, mainly through “outreach” programs) efforts too…..continue reading….

EVEN so, rarely does such a golden – dual-faced and recent – opportunity present itself, one which is so illustrative in nature that it must serve as an absolute teaching tool and template. This is one of those times. Besides, yours truly is never one to look a gift-horse in the mouth.

A Muslim resident of Sioux Falls, South Dakota, shocked the nation recently when he posted videos to Facebook warning Christians to “be scared, be terrified” as he brandished five guns and 1,200 rounds of ammunition.

Ehab Jaber was questioned by local police and the FBI but allowed to walk free until two weeks later. Only after WND’s report on the videos, followed by several other reports by conservative news sites, did the South Dakota attorney general step in on April 21 and file charges of terroristic threats against Jaber.

Jaber, who has been released on a $2,500 bond, embodies the harsh side of Islam. But there is another side.

Islam in America often uses a softer approach that has proven effective in spreading the faith, say those who delivered the Christian worldview message in Sioux Falls that Jaber was so eager to disrupt.

In Arabic, the Muslim form of evangelism or “invitation” is called “dawah,” says Shahram Hadian, a former Muslim turned Christian pastor who heads up Truth in Love Ministries near Spokane, Washington.

As an example of dawah, Hadian points to a sermon delivered by a visiting preacher in Sioux Falls last August. Dr. Jihad Qaddour came to Sioux Falls to encourage local Muslims to share Islam with Americans. If done the right way, he sees America embracing Islam, not by force but by choice.

Instead of the bloodcurdling rant that flowed from Jaber, Americans heard Qaddour speaking in soft, melodious tones about “love” and “mercy.”

Hadian said dawah is often connected to the first pillar of Islam – inviting people to pray and confess the shahada: “There is no god but Allah and Muhammad is his messenger.”

That’s why the planting of Islamic studies into U.S. public schools are so important to those seeking to normalize Islam and Islamic principles in the U.S.

Qaddour, a native of Syria who is actively involved in outreach to Syrian refugees, was a founding member of the Islamic Society of Wichita, Kansas. He received his Ph.D in electrical engineering from Wichita State University in 1990 and is now a tenured professor at Illinois State University.

He came to speak about dawah at the Muslims Community Center, the newest of three mosques in Sioux Falls, built with donations from an array of entities including Catholic Charities.

Qaddour said “America is the best society for dawah” and that Muslims should seek to “change this society” in accordance with the dictates of the Quran.

Like many small- to medium-sized cities in the U.S., Sioux Falls has seen an exploding Muslim population since the Sept. 11 terrorist attacks on New York and Washington, D.C.

Sioux Falls is now home to between 4,000 and 5,000 Muslims, the vast majority of them imported from overseas through the federal government’s refugee resettlement program. The United Nations-selected refugees have been sent to Sioux Falls from Afghanistan, Iraq, Somalia, Sudan, Eritrea and Syria.

“Now it is 4,000. Next year it will be 8,000 [in Sioux Falls],” Qaddour boasted in making the point that Islam is growing “exponentially” across America.

But others will be added to the ranks when Americans start responding to dawah and converting to Islam in large numbers, Qaddour said. The growth, fueled by immigration and dawah, will be “exponential,” he said.

The number of mosques will grow accordingly.

“Soon we will have one on every corner. This is reality,” Qaddour continued in his address to Sioux Falls Muslims. “First we have to have one idea. We want to change this society. It starts with an idea. Talk about Islam in a nice way. Be truthful, be helpful. ‘I love you for [your] humanity.’ They will come to Islam.

“Our message is mercy to all people,” he continued. “They hear on the news it’s terrorism but, no, we tell them it’s mercy.”

The objective of Islam through dawah outreach is clear, Qaddour said. “Rescue them from the hell fire.”

Hadian, a former Muslim from Iran who defected to Canada and later the U.S., said Qaddour is following the classic Muslim Brotherhood script for takeover of a Western society.

Hadian said the Brotherhood has one strategy for the “lower house,” in Western countries where its presence is still small, and another strategy once Islam becomes more established and is able to push its numbers up to about 10 percent of a country’s population. The preaching in the mosques changes once Islam shifts to the “upper house” and is strong enough to preach a message focused more on intolerance of other faiths.

“We talk about love and mercy and tolerance in the lower house, but we don’t tell them that ‘mercy’ means something else in the upper house, where we kill homosexuals, stone or flog adulterers, kill apostates – this is the way to show them mercy in the upper house,” Hadian said.

“The Muslim Brotherhood has said to name their houses of worship Islamic centers and Islamic community center, not mosques,” he said.

But dawah is how it starts, with talk of mercy, peace and tolerance for everyone.

“Europe is now moving to the upper house. This is where you rape them. It’s no longer sweet and romantic and about love and mercy and great Middle Eastern food,” Hadian said. “This plays well into the multicultural worldview.”

He said it’s exactly what Western liberals want to hear, and so that is what is preached by Muslims skilled in dawah.

BUT not to be lost in this very, very serious discussion and analysis, think about the following twist of irony, unbeknownst to the oh so self-proclaimed “smart-set”: among the laundry list of Muslims in America who are fawned over throughout the nation’s power circles and chattering classes (in the expectation of presenting a “moderate” face of Islam, never mind the fact that Islam IS Islam and that its so-called “moderation” is akin to being half pregnant….never gonna happen), imagine their back-slapping when they realize that a fellow high-profile and soft-spoken Islamist in the Syrian immigrant “refugee” community is hoodwinking the nation via Islamic mandated “dawah” (soft/stealth/civilizational jihad), and whose first name is actually Jihad!

READERS, you can’t make this type of crazy up.

NOW, don’t even waste any time messaging that jihad has different meanings….blah, blah and all that jive-talking crap.  Yes, that “inner struggle” is the main interpretation and that is that. Hogwash.

BUT if westerners are Allah-bent on sticking to the apologia “narrative”, well, so be it. It’s your funeral(s). Therefore, to make it easier, just stick to the one proffered by The Islamic Supreme Council of America – a titular Brotherhood Mafia front group – Jihad: A Misunderstood Concept From Islam, and be done with it.

STILL yet, ask yourselves: do pigs fly?? 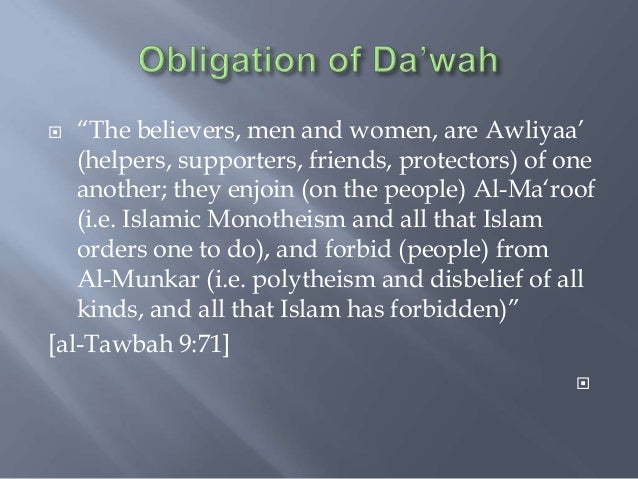 {re-blogged at The Homeland Security Network} – to find it, click on “archives” icon for publication date of commentary