IF it looks like a (experimental) duck…..read the above UPDATE and you decide….. 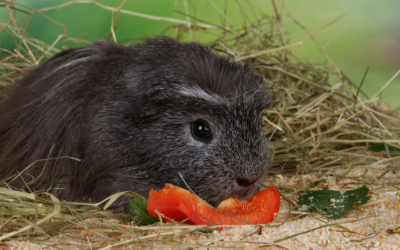 AS is said: The road to hell is paved with good intentions. Alas, before anything else is put forth, know this: PM Netanyahu made a deal with a few devils in order to stock up, warp speed, on vaccinations. But at what (human) cost?

WHILE on its face it is also the case that to accomplish a bigger objective, oftentimes, dancing with certain devils may become a political necessity. Rational folks get that.

STIPULATED, the China virus must be dealt with and beaten back. But no leadership — for whatever reason — has the right to go behind the backs of the citizens and offer them up as “guinea pigs” in a “world laboratory experiment“, that is, without first asking for their permission! How dare he. Indeed, as an American-Israeli, this consent wasn’t given. Yes, now that the horses’ have escaped the barn door, the cat is out of the bag, so to speak.

CONSIDER the facts at hand:

FACT ONE: The following has been reported at Israel National News:

Last week former Prime Minister Ehud Barak suggested that Pfizer and other drug manufacturers are using the Israeli population as a COVID-19 vaccine test subject, and that Israel has willingly made itself available for this purpose.

Globes Friday confirmed the details, writing that “Israel will act as a large world testing laboratory, with the results from this huge research serving to set vaccination strategies in the rest of the world.”

Barak had stated: “This data is a treasure trove for Pfizer. With this data, Pfizer can show that it vaccinated an entire high-risk population in a country with no deaths wholly attributable to the vaccine.”

According to Globes, Prime Minister Binyamin Netanyahu revealed the main reason why Israel has received so many vaccine doses so quickly, mainly from Pfizer but also from Moderna: Israel has committed to send Pfizer “data and details especially gathered for them, including the consequences of the inoculations, side effects, efficacy, amount of time it takes to develop antibodies. according to different types of population, age, gender, preexisting conditions etc. The agreement extensively details the various parameters that will be sent to Pfizer.”

“The concept of Israel as a giant testing trial lab for COVID-19 vaccinations came from several sources,” says Globes, listing a researcher at the Israel Institute of Biological Research in Nes Ziona, a senior Health Ministry doctor, and a World Health Organization official.

“After the idea was broached,” the paper continues, “Pfizer consulted with the WHO and the leaders of other countries. Pfizer representatives closely scrutinized Israel’s health system…

“In addition to sending all the data to Pfizer, it was also agreed that the WHO would also receive all the information. A WHO delegation is expected in Israel in February to closely examine Israel’s vaccine distribution network.”

The Known Unknowns of Covid-19 Vaccines –

News that COVID-19 vaccines are up to 95 per cent effective has scientists cautiously optimistic. But questions remain.

“There’s a long list of things we don’t know,” says Maria Sundaram, a postdoctoral fellow at the Centre for Vaccine Preventable Diseases at the University of Toronto. Health Canada is currently reviewing early findings from Moderna, Pfizer/BioNTech and, more recently, the University of Oxford/AstraZeneca. All three show promise, but none have shared their full data, instead issuing a series of press releases.

The biggest unknowns are whether these results will hold up once full study findings are published and if a similar level of protection can be expected for other COVID-19 vaccines coming down the pipeline. The results could also change once these vaccines are rolled out on a population scale. We know that these vaccines work in clinical trials but we won’t know if their effectiveness will be the same in real-world scenarios.

“There’s no way that we can see that without a vaccine being licenced,” said Sundaram.

Although the trials included a diverse group of participants, including older adults and those from racial-ethnic minorities, it’s hard to know whether these findings will be generalizable to a broad range of people once the vaccines become available, experts say. For example, there is no information about how well this vaccine works in children. All three trials reported early results only in adults over the age of 18.

In addition, we don’t know if the vaccines prevent asymptomatic transmission.

“That’s something that is often an issue when designing vaccines for respiratory viruses that are administered intramuscularly,” according to Alyson Kelvin, a virologist with the Canadian Centre for Vaccinology at Dalhousie University who has recently been seconded to work on COVID-19 vaccines. “When we give a vaccine in your arm, it’s often hard to get mucosal immunity in the upper respiratory tract,” like your nose, which is needed to stop transmission. A key for effective policy, she says, will be knowing whether someone who is vaccinated is still able to transmit the virus.

Also unknown is how well the vaccines will work in people who have already had COVID-19. All three studies excluded people with prior COVID-19 infection, although Pfizer/BioNTech and Oxford/AstraZeneca plan to look at this in a separate analysis.

As with all new vaccines, the length of protection has yet to be determined, since all three trials only began enrolling participants this summer. The companies have not disclosed how long participants were observed or whether any violated the study rules, which could change the initial efficacy estimates.

“Right now, we only have the interim data,” said Kelvin. We won’t know their long-term safety profile or whether they might cause rare side effects until after the vaccines are deployed to the public, although no safety issues have been identified to date.

“They seem to have a really positive safety profile. I haven’t seen anything that I am initially concerned with,” says Kelvin.

“I think one really important question is: are people going to come back in for a second dose?” asks Sundaram. She says this might be an issue particularly if the first dose causes adverse reactions like a headache or fever.

Vaccine side effects may make people more hesitant to get vaccinated in the first place. In a StatsCan survey conducted before the recent vaccine announcements, about one in seven Canadians said they were unlikely to get a COVID-19 vaccine, citing a lack of confidence in safety and concerns about its side effects.

What about other COVID-19 vaccines in development?

All three vaccines reporting early results use newer technologies that deliver genetic material from the SARS-CoV-2 virus – either alone through what’s call messenger RNA (or mRNA, used by Pfizer/BioNTech and Moderna) or contained inside another virus or “vector” that can’t replicate on its own (Oxford/AstraZeneca). They then hijack the body’s own cells to make copies of the viral spike protein, the crown-like molecule protruding from the surface of the SARS-CoV-2 virus.

These types of vaccines have never been licenced before for use in humans.

Nine other COVID-19 vaccines are currently in late-stage trials, including four that rely on more conventional vaccine models using an inactivated (or killed) virus. These vaccines may elicit a more robust immune response that targets other viral components, not just the spike protein. They also may be better tolerated than some of the mRNA or viral vector vaccines based on earlier trial results.

Four are non-replicating viral vectors like the Oxford/AstraZeneca vaccine. These types of vaccines could have lower vaccine efficacy if people have pre-existing immunity to the vector. (Oxford/AstraZeneca tries to get around this by using a chimpanzee adenovirus, rather than a human one, as their vector.)

Others, like Novavax’s protein subunit vaccine, may be better able to generate a protective antibody response in the upper respiratory tract, which is important for blocking transmission, says Kelvin, whose lab is also developing a COVID-19 subunit vaccine.

Because they use different ways to trick the body’s immune system to produce antibodies, scientists can’t say whether these vaccines will be able to replicate the 90 to 95 per cent efficacy seen in the early trials.

“I don’t know what to expect. I’ll be honest with you,” states Sundaram. “I think it’s hard to use the results from these (three) studies to extrapolate to the other ones, especially for the other vaccine types.”

The number of doses, vaccination schedules and route of administration could also affect vaccine efficacy – along with patient factors such as age, underlying conditions and pre-existing immunity and viral factors such as genetic mutation. Experts say the latter is of less concern since SARS-CoV-2 doesn’t mutate as much as other RNA viruses, like influenza.

While much remains unknown about these vaccines, these early results exceed the expectations of most scientists and bode well for other COVID-19 vaccines in development. Recently, Health Canada announced it would license a COVID-19 vaccine if it met a threshold of at least 50-per-cent efficacy.

The true impact of these new COVID-19 vaccines on curbing the pandemic will depend both on their efficacy but also their uptake on a population scale.

Given potential delays in vaccine manufacturing and rollout, a COVID-19 vaccine will likely not be enough to end the pandemic. But it will be another tool in our public health toolbox, alongside physical distancing, contact tracing and community supports, says Sundaram.

“As always, there’s more work to be done and further questions to be asked in Phase 4 studies,” says Sundaram. “But this is exactly the sort of direction that we would have hoped things would go. So, I’m very happy about that.”

FACT THREE: In light of the above, how distressing is the following recent report:

24 hours after receiving the Covid-19 vaccine, a 23-year-old man developed a rare multisystem inflammatory syndrome, which causes, among other things, severe damage to heart function.

Prof. Dror Mevorach, director of the coronavirus department at Hadassah, tweeted on the matter, writing, “Rare life-threatening multi-system inflammatory syndrome (MIS) following BNT162b2 mRNA covid-19 vaccination in a 23 y old social worker was identified at our Department of Medicine B at Hadassah Medical Center, Jerusalem, Israel and reported to MOH and WHO.”

Mevorach told Channel 12: “We found out that the young man had contracted the coronavirus asymptomatically before he was vaccinated. It may be accidental but I would not underestimate it. Care must be taken in vaccination of people who were sick with coronavirus in the past.”

It should be noted that in the three weeks since the start of the coronavirus vaccination campaign, two elderly people died a few hours after receiving the vaccine, but the Ministry of Health estimated that there was no connection between the deaths and the vaccine.

In the first case, a 75-year-old man, a resident of Beit She’an, died as a result of heart failure two hours after the injection. The next day, an 88-year-old man collapsed in his home hours after the vaccination and was later pronounced dead. The Hadassah Mount Scopus Hospital reported that the deceased suffered from prolonged, complex and severe underlying conditions.

MOST significantly, in the most important arena of all, that is, the health and well-being of an entire population, wasn’t it incumbent upon Prime Minister Netanyahu to put forth an emergency referendum before the citizens, asking for their permission to become a ‘giant testing trial lab for COVID-19 vaccines’? If not, why not?

BOTTOM LINE: In the most stealth-like manner imaginable, PM Netanyahu hid the above (highly detailed) MEGA quid pro quo — with Big Pharma, the WHO, and other world powers — for a reason. Could it be that he instinctively knew that Israel’s fiercely independent-minded citizens would NEVER, EVER agree to be “guinea pigs” for the world? Undoubtedly, they would have rightfully demanded that he secure said vaccines in a transparent manner, and without any highly dubious and disturbing strings attached!!

FOR added scientific heft, readers are referred to: