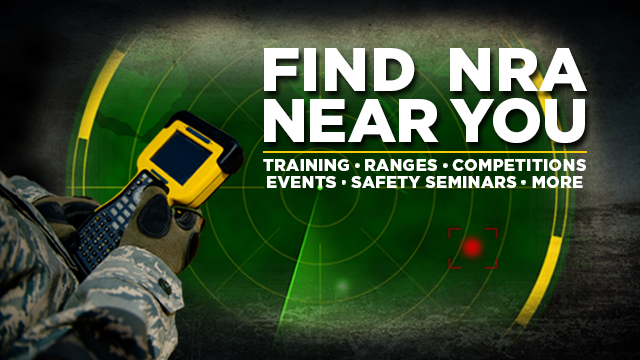 IT is absolutely impossible to win any battle without FULLY IDENTIFYING the enemy. Bulls-eye. But when it involves “the mother of all battles”, suffice to state that all will be (eventually) lost, if the calculus isn’t changed. Post-haste. Still yet, when a myriad of worldwide western apologists work 24/7 to lend it back-benching coverage, well, it appears (emphasis placed) as if it is a lost cause. Not so fast.

NOW, ISIS has proven to be the most adept Islamic killing machine, we get it. Mind you, ISIS has no shortage of barbaric contenders, namely, al-Qaeda, its Brotherhood Mafia offshoot and progenitor. Likewise, Hezbollah, its Shia rival, et al. are top Islamic dogs. Regardless, the fact remains that they are all underlying symptoms of the same metastatic disease: Islam!

IN this regard, many have heard the expression “fight fire with fire”, and it couldn’t be more resonant and mandatory. Incendiary. Its core basis applies to every American (westerners at large, and doubly for Israeli Zionists) patriot of majority age. A nation-saving obligation. Call-up.

SO, as militant jihad exploded in San Bernardino on Dec. 2, how coincidental was it that merely 2 days beforehand, this week’s commentaries dealt exclusively with said impending American jihad? Foreshadows.

CONSIDER the following (written Dec. 1) as more than prescient:

THE precipitous dangers were so glaring that they necessitated a hot on the heels follow-up on Dec. 2, and this was hours before the reported shooting hit the airwaves. Said alarm bells shrieked: “Calling All (Former) Marines: “Deal” With ISIS In America, Lead The Charge! Semper Fi.”

YES, the warnings within this site go on and on….

AND, just like in every war, there are winners and losers. Therefore, the very fact that Islam’s monsters came armed to the teeth to take out infidels during a Christmas celebration, what conclusions must be drawn? Moreover, is it finally sinking in that there is no room for 7th century barbarians to co-exist with American (western) freedom lovers, as “neighborly” or “collegial” as they may appear? More specifically, do the following Islamic mandated tenets explain how Farook was able to slaughter those very same colleagues who threw him and his wife a baby shower?

Syed Farook, 28, a devout Muslim, stormed out of the festivities and later returned with his new wife, Tashfeen Malik, 27. Both wore dark tactical gear and masks while toting assault rifles and handguns, police said.

The murderous duo sprayed bullets inside a conference room, slaughtering colleagues who earlier this year had thrown a shower for their new baby.

ALAS, as repeatedly warned at this site, it became crystal clear that a massacre was imminent. Yet, it required symbolic (hence, the Christmas celebration was chosen) piggybacking after Paris’s explosion. Hmm.

IT goes without saying that ISIS’s (Islamic jihadis in toto) “bragging rights” are not unwarranted. In other words, when they claim this and that, well, believe them! Alas, they crowed that they implanted ISIS battle hardened sleeper cells in Europe (as far back as 2012), and this is precisely what they did. Most recently, their signature handiwork was exposed in Paris, but it was hardly the first time.

MOST significantly, and it cannot be overstated: Patriots, recognize that Paris was hit before “any city” USA, and this was not happenstance.

EFFECTIVELY, since it has already been established that ISIS (with their accomplices…safe houses alike) is deeply implanted within America, some may query: Why hit Paris first, since it is clear that the U.S. is their top target? Actually, it makes a whole lot of jihadi sense. Just like in any high stakes endeavor, certain methods and kinks have to be worked out for maximum efficiency and risk/reward benefit. So, think of them as jihadi entrepreneurs, as they “test run” this and that before they take their mega hit!

INDEED, so consider Paris as their laboratory experiment, and it was a resounding “success.” The fact that it made a worldwide splash – and then some – indicated that their carnage paid off…continue reading….

NEVERTHELESS, as the details emerge in San Bernardino’s jihadi slaughter, it must be understood that what took place was “only” supposed to be their opening shot. In fact, what was really planned was meant to make Paris’s carnage pale in comparison!

Fifteen pipe bombs and thousands of rounds of ammunition were recovered by authorities investigating the husband and wife team who stormed a workplace holiday party in a San Bernardino and opened fire, killing 14 people and injuring 21, officials said Thursday.
Investigators found many of the items during a search of a residence that was rented by the two suspects, 28-year-old Syed R. Farook and 27-year-old Tashfeen Malik, who were both killed in a firefight with police as they fled the home.

Authorities declined to say Thursday whether the shooting spree at the Inland Regional Center was motivated by terrorism, but San Bernardino Police Chief Jarrod Burguan said the attack had some obvious evidence of pre-planning.
“There appears to be a degree of planning that went into this,” Chief Burguan said. “Nobody just gets upset at a party and goes home and plans an attack like that.”

BUT never mind, the (Islamic captured) FEDS are on the case!! As such, consider the fact that CAIR, a chief “adviser” to the FBI – the Brotherhood Mafia’s propaganda mouthpiece – demands an investigation, but not into San Bernardino’s carnage!

When the owners of the Al-Farah Islamic Clothing store in Anaheim, California, came to work yesterday, they found an English translation of the Quran hanging on the shop’s door. But there was something noticeably wrong — the holy book had been punctured with what appeared to be multiple bullet holes.

The owners contacted the Anaheim police and the Los Angeles chapter of the Council on American-Islamic Relations, the organization said Wednesday. CAIR, is now asking the FBI to investigate the incident as a hate crime.

CAIR-LA Executive Director Hussam Ayloush said in a statement Wednesday. “If you shoot up a Quran on your own property, that is bigoted freedom of expression. If you deliver that bullet-riddled Quran to a Muslim home or business, that is an act of intimidation and a hate crime.”

This episode comes amid a wave of apparent anti-Muslim incidents around the country over the past few weeks. Since the Nov. 13 terror attacks in Paris claimed by Islamic State group militants, Muslims in the U.S. have experienced a rise in Islamophobic sentiment that many say reminds them of what they saw after the Sept. 11 attacks in 2001.

BE that as it may, patriots must be able to “see the forest for the trees.” In other words, whereas CAIR’s “Islamophobia” mantra has been proven to be the Brotherhood’s concocted weapon to silence all criticism of Islam’s barbarism, it doesn’t mean that what precipitated this go around of whining can’t have intrinsic value. Not at all. So, please refer to today’s conclusions (cited below) for further edification.

EQUALLY pressing, the Jihadi-in-Chief (damn him for all eternity) trotted out “gun control” as the “antidote” to the carnage in Redlands, CA! Not exactly unexpected…

“President Obama called today for a bipartisan effort at every level of government to address mass shootings,” he said, Mediaite reported.

Smith then quoted Obama, reading: “[Obama said] we don’t yet know what the motives of the shooters are, but what we do know is that there are steps we can take to make America safe and that we should come together on a bipartisan basis at every level of government to make these rare as opposed to normal. We should never think that this is something that just happens in the ordinary course of events because it does not happen with the same frequency in other countries.”

IN point of fact, militant jihad never passed the Bastard-in-Chief’s lying lips. Regardless, all patriots understand this truth: If even one person within Inland Regional Center “openly carried”, well, lives would have been spared! How many times does this bear repeating?? Carry on…

(Now, THAT’s a caring and proactive daddy, as he shops with kiddies in Minnesota-stan!!))

INCONTESTABLY, readers are aware that HUSSEIN Obama will not leave office until he eviscerates the Second Amendment, or comes very close to doing so. Resultant, this is the main issue that every patriot must go to the mat on. Know that the chance of beating back Islam’s barbarians is slimmer than a snowball’s chance in hell, if your guns are suddenly gone. Thus, DO whatever (emphasis placed) it takes to thwart anyone (from whichever alphabet soup agency) who attempts to take away your Constitutional right to protect yourself, your loved ones, as well as others!

CONCRETELY, the very fact that the leadership of the (heretofore) free world refuses to even identify the pre-eminent issue of our time – a clash of civilizations due to Islam – leaves said burden upon the shoulders of patriots. It is what it is.