AS millions of this site’s readership are duly aware, it is not an easy task keeping up with the non-stop horrific carnage from Islam’s barbarians, be it on home turf (Israel) or within America, let alone anywhere else in the west.

ASIDE from the above reporting, other accrued disasters – attributed to HUSSEIN Obama and his dastardly surrogates – require attention. No rest for the weary or the wicked.

THAT being said, when certain sentiments closely mirror this investigative journalist’s, it makes no sense to waste precious time, to re-work the wheel, so to speak. Therefore, please pay close attention to the overall message at the following video link. It is directed at the Islamist-in-Chief and his surrogates. Incidentally, it is hardly the first time that it’s posted at these pages, and it is not for nothing. Hint: Listen closely to the 1:09 thru 1:15 mark, and this is where said “mirror/reflection” lies.

OH, walk past the obvious physical differences between the speaker and (specifically, in this situation) his “mirror-image.”

NOW that the above is settled, it must be understood: Ever since HUSSEIN Obama took over the helm, his “legal” forces have been continuously working towards prosecuting citizens who dare to criticize Islam! O RLY??

AS if on cue, let’s jump to last week’s militant jihad. Alas, L O R E T T A’s threats are trotted out via her anti-American tongue-lashing, as if she is the new dictator over America’s free-thinking citizenry! Where does she get off?

U.S. Attorney General Loretta Lynch is assuring Muslims of her support, threatening action against any “anti-Muslim rhetoric” that “edges toward violence.”

Lynch, speaking at a dinner held by the Muslim Advocates, a national legal advocacy group, announced Thursday night the Justice Department will investigate the police department in Texas that arrested a 14-year-old Muslim boy who brought a device that looked like a bomb to school. Ahmed “Clock Boy” Mohamed was never charged, but several congressmen asked Lynch for the civil-rights investigation she promised Thursday.

Her comments came just a day after the massacre in San Bernardino, California, where a Muslim man and his wife accumulated an estimated $30,000 in weapons and bombs, then launched an attack on a Christmas party for employees of the county where the man worked.

Syed Farook, 28, and his wife, Tashfeen Malik, 27, shot and killed 14 people and wounded another 21. Their motives remain uncertain, but multiple reports have suggested the two were radicalized during visits to Saudi Arabia.

Fox News reported it’s possible that Malik, the mother of a 6-month-old, radicalized her husband, according to Fox News.

Unnamed federal investigators said the two also planned a second attack before they were killed by police.

“House of War: Islam’s Jihad Against the World” conveys what the West needs to know about Islam and the violent, expansionary ideology that seeks the subjugation and destruction of other faiths, cultures and systems of government

Lynch did not speak directly of the San Bernardino shootings at the event, but said there had been a “very disturbing rise in anti-Muslim rhetoric” across America since the Paris shootings three weeks ago, reported the Los Angeles Times.

“When we are ruled by fear, we are not making ourselves safe,” Lynch said.

She specifically criticized proposals in Congress to block Syrian refugees from the U.S.

“This is not the way,” she said, and people were “simply rushing to judgment.”

Assuring the pro-Muslim group that “we stand with you,” Lynch said she would use her Justice Department to protect Muslims from “violence” and discrimination and vowed to prosecute anyone guilty of what she described as violence-inspiring speech.

“The fear that you have just mentioned is in fact my greatest fear as a prosecutor, as someone who is sworn to the protection of all of the American people, which is that the rhetoric will be accompanied by acts of violence,” she said. “My message to not just the Muslim community but to the entire American community is: we cannot give in to the fear that these backlashes are really based on.”

She warned that the U.S. Constitution does not protect “actions predicated on violent talk.”

The report quoted her saying: “When we talk about the First Amendment we [must] make it clear that actions predicated on violent talk are not American. They are not who we are, they are not what we do, and they will be prosecuted.”

Noted the Daily Wire, “It is painfully clear that, like her predecessor Eric Holder, Lynch is far more concerned with promoting the social justice agenda than protecting the constitutional rights of American citizens. What exactly is speech that ‘edges toward violence’? What exactly are ‘actions predicated on violent talk’? In the end, it is whatever she decides it to mean.”

Meanwhile, a report from NBC in Dallas confirmed Lynch is investigating the Irving Police Department for the arrest of Mohamed.

School officials were suspicious because it was a series of electronic components installed in a briefcase that looked like a bomb.

Now Lynch is on the case.

“We have, as you may know, opened an investigation into the case of the young man in Irving,” she said. “So we will see where that investigation goes.”

Lawyers for the family, which now lives in Qatar, say the teenager has “suffered severe psychological trauma” because of the experience. He was allegedly targeted by officials “because of his race, national origin, and religion.”

Mohamed battled through his alleged “severe psychological trauma” after the school suspension by going on a one-month world tour that included:

ISD spokeswoman Lesley Weaver said the school has proof its actions were justified, but juvenile records cannot be released without written consent by parents.

YES, par for HUSSEIN Obama’s Dept. of (in) Justice, “clock-boy” is given cover via the FED’s protective (Islamic) umbrella!

MIND you, so as the FEDS, in tandem with HUSSEIN Obama’s newly appointed hatchet woman, dodge and weave after ISIS’s Redlands jihad, this is what the tag-team duo (unabashedly and outlandishly) intoned in mid Nov. 2015:

Currently the FBI believes there is no credible threat to carry out a terrorist attack in the United States.

Attorney General Loretta Lynch and FBI Director James Comey give a briefing on the security measures to protect the United States from a terrorist attack.

HOW protected and assured are you by their pronouncements: Yes, they are up to the task!!

RESULTANT, consider the overall implications: Even after the FEDS missed rolling back the first OUTRIGHT attack by ISIS, still yet, AG Lynch (and her Brotherhood infused crew) is Allah-bent intent on protecting Islam’s barbarians! Patriots, have NO doubt about this. Indeed, this investigative journalist already exposed (Nov. 2015) her radical Islamist roots from her days at Harvard Law. The following excerpt is highly instructive and duly indicting:

IN other words, the AG is so full of sh-t…horse manure…that her stench won’t come off for years to come. Slime-ball. And, for the record, Lynch is both a race-baiting agitator as well as an anti-semite. She has been siding with Islamic terrorists for decades. So, why should now be any different?? Naturally, she serves as his “legal” cover, while DHS’s Jeh Johnson has been waving hordes of dangerous elements into the country from the get go. Thus, is collusion too harsh a conclusion to reach, when referring to the DHS, the AG, and the FBI (albeit, kicking and screaming) providing cover?…continue reading…

DEMONSTRABLY, as already explained, HUSSEIN Obama’s signature Signals Intelligence Activities Directive, PPD-28, was meant to hog-tie intelligence gathering, to the degree that even 24/7 surveillance isn’t worth a damn. Don’t blah, blah in this direction otherwise.

AT the end of it all, sach ha’kol, as is said in Israel, this is the takeaway:

THE U.S., under the (mis)stewardship of Obama Inc., has become such a “friendly” environment for Islamists (and their leftist counterparts) who seek to upend the country, their roots will be (next to) impossible to destroy.

IN other words, Americans must internalize (accordingly, prepare themselves) that the explosion in San Bernardino was NOT a one-off. Rather, it is one of COUNTLESS which will plague the nation, and for years to come.

INTRINSICALLY, the basic profile of all militant jihadists ensures that they are more than prepared to die for the sake of the cult of Islam. Therefore, nothing short of the drastic prescriptive measures scattered within these pages will change the calculus.

JUST as the “Doctor of Common Sense” responded to HUSSEIN Obama, in relation to Gen. Dempsey’s lame-ass, limp-wristed analysis of ISIS aka ISIL:

“Bastard, lock me up or kill me, I refuse to let a faggot like Barack Obama punk me….”

similarly, this “Doctor of Militant Jihad” – through this site and elsewhere – declares to AG Lynch:

Don’t you DARE threaten those who engage in “anti-Muslim” speech, not all of us are cowed and bowed! You got that, L O R E T T A? 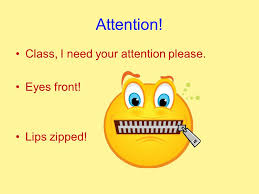 12 thoughts on “HUSSEIN Obama’s Hatchet Woman THREATENS, A Day After Redlands:”Anti-Islam” Speech Will Be Prosecuted! The Whys & Wherefores. Commentary By Adina Kutnicki”