IN order to fully comprehend the pernicious Islamic indoctrination of America’s kiddies, some basic truths must become self-evident. Second skin.

HUSSEIN Obama is Allah-bent on destroying America by whatever means necessary. Alas, if you utilize this fact as a basic starting point, what evolves becomes an offshoot thereof. 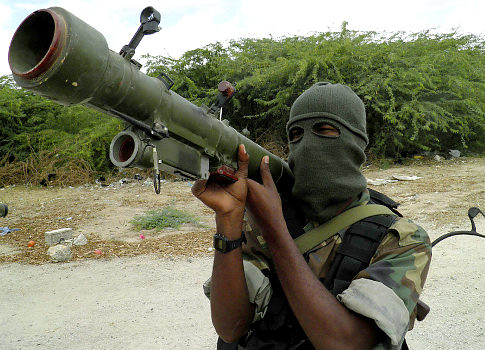 IN this regard, it is hardly surprising (albeit, shocking…watch this 2-minute clip of Sharyl Attkisson’s interview with Steve Malzberg) that he refuses to review any Islamic-related intel reports that interfere with his plans for America, that is, to swamp the nation with Islam’s followers! You got that? If that doesn’t rise to the level of treason, nothing will meet said criteria. Simply put, there aren’t enough spinmeisters to kosher said pig. None.

SO, when you couple HUSSEIN Obama’s devotion to Islam with his twin fealty to Marxism, the convergence of Common Core becomes the only way forward. The perfect storm. For it is through the overhaul of the education system – via Islam’s “stealth-like” indoctrination and penetration – that generations of kiddies will become attuned – and in sync – with anti-American ideologies. Guaranteed. Captured.

THUS, the fingerprints of main comrades, uber leftists and Islamists, are all over Common Core:

MORE specifically, if America’s schoolchildren are expected to become self-sufficient adults, how exactly will gobbledygook math (numb-skull verbal skills too) fare in the marketplace? Precisely. Trenchantly, the point of dumbing down America’s youth is to create a dependent class, one which is “equal” across the board. That’s the left’s plan – aided and abetted by Allah-bent Islamists – to bring down “Amerika.” Submissive-like.

BUT to effectuate said outcome, targeted “lessons” must be aimed in the direction of America’s school children. Still yet, some remain skeptical and query: Are they just misguided in their approach? Conversely, what are they truly aiming for? Indeed, the (mis)education of the kiddies has NOTHING to do with teaching the fundamentals of basic disciplines.

TO understand the core component of the (mis)education “process”, one must catch it “hiding in plain sight.” Hint: Its name! The left loves to play mind games. Therefore, spitting in their opponent’s eye gives them an added boost. Leg tingling. Thrilling.

EVEN so, what is titillating for some is a nightmare for many millions. As mentioned, America’s academic “overhaul” is a cesspool of the highest order, and college kids can’t even escape their grasp. Why? Their indoctrination isn’t complete without creating a complete climate of PC uniformity up and down the system.

BUT guess who is ALWAYS skulking in the (mis)education background, thus, designing the underpinnings of said radical pedagogy? You would be right, if you named a Chicago buddy of HUSSEIN Obama: The founder of the Weathermen – a domestic terror group – Billy boy Ayers!

NEVERTHELESS, despite all the chilling aspects of their penetration via the schools, what’s the overriding upshot re Common Core? In a nutshell, complete surveillance of the kiddies – literally!

BUT if the above is still not registering on your alarm meter, what about stepped-up jihad within a California school? Will that be enough to raise the threat level to the kiddies to the nth degree? It should. Still, before we get to its thrust, rest assured, the (following) claim that the teacher veered off the Common Core curriculum is beyond nonsensical. Not only that, CAIR, the Brotherhood Mafia’s mouthpiece, also got in on the act. Par for their taqiyya-driven course, they created the impression that teaching a “jihadi fight song” was problematic, even though the welfare of the kiddies wasn’t mentioned! If anything, one of their mouthpieces opined that it will raise suspicion against the Muslim community! That’s their key and core concern. Hmm.

No Bibles. No Christmas trees. But these public-school kids are being forced to sing the jihadist-themed anthem, ‘Allahu’s on the way … Spread Islam now’?So, why isn’t the ACLU on their way to this school?

Please contact the school and tell them what you think about the fact that they are seeking indoctrinate their pupils into the death-cult that seeks to destroy the USA and the rest of civilization throughout the world.

Parents at a California middle school are demanding to know why a teacher had students sing an Islamic “fight song.”

A seventh-grade teacher at Spring View Middle School in Huntington Beach, California, deviated from the district’s official curriculum and had students sing “This Is My Fight Song.” Parent and grandparent Nichole Negron and Susan Negron told KCAL 9 Los Angeles their seventh grader was told to participate in the activity.

“I believe that by singing the song, the children feel comfortable that maybe Allahu is the only god and maybe that they should start following him,” Susan Negron told the network Tuesday. “I’m not OK with that.”

The women only found out about the activity by accident when Negron’s son brought a pamphlet with lyrics home.“How can we as parents combat against what we don’t know is going on?” the mother asked.

The two women went to the Ocean View school board on Tuesday night looking for answers. The teacher allegedly wanted students to learn about Islam through a “catchy” tune. (Begs the question, why should students be forced to learn about death cult posing as a religion in public school?)

The lyrics to “This Is My Fight Song” go as follows:

Ojaala Ahmed of the designated terrorist group CAIR (Council for American Islamic Relations) in Anaheim told the CBS affiliate she wanted to know why the teacher shared the song, given that Islamic radical terror attacks in Paris, France, last Friday killed 129 and injured over 350.

“Especially with the recent massacre by ISIS terrorists, knowing that this potentially Islamophobic backlash might come about, what was the teacher’s intention?” Ahmed asked.

The school district sent an apology to parents and said it would continue looking into the incident, the network reported.

MOREOVER, if anyone still believes that the teacher’s jihadi “assignment(s)” simply materialized out of thin air, said assessment wildly misses the mark. As such, who recalls the following jaw-dropper, that which was gleaned through one of this investigative journalist’s main contacts via his interrogation of (captured) al-Qaeda terrorists in Iraq:

Based on my experiences and studies, the Islamic ideology itself is a dangerous and violent weapon. The true enemies of the non-Muslim world are the ideology of Islam. We can fight and defeat Hamas, Al Qaeda, ISIS, and the dozens of other Islamic acronyms, but we will lose in the end if at some point we do target the ideology they teach within most mosques. When someone discusses the Hitler ideology of hate and violence, almost automatically people get a sour feeling in their stomachs. Most people realize the ideology of Hitler was a danger to the whole world. Sadly in order to defeat Islamic based terrorists we must have the same sour feeling in our stomach when Islam itself is discussed. Islam is not loving and peaceful and Mohammed never intended for it to be….continue reading…

INHERENTLY, when this site reported that several school systems have succumbed to Islam, a core eye-opener for many readers was Tennessee’s school system:

Tennessee’s Brotherhood Mafia (in concert with leftist collaborators, duly demonstrated below), through Common Core, stealthfully elevates Islam via the Shahada, the Islamic profession of faith ala ones “testimony” to the acceptance of Muhammad as God’s prophet!

Tennessee’s Maury County Director of Schools Chris Marczak has asked parents concerned about a seventh grade social studies class on the history of Islam to discuss their questions in a Sept. 17 meeting with district teachers and administrators.

EARTH TO PARENTS: Is the above subliminal indoctrination to Islam – or not? If not, why not?

PATRIOTS, please pay heed to the assessments within this site. They are calculated and gleaned through much more than open source. Key and core!