IN no uncertain terms, the main bulwark standing between a leadership’s march toward dictatorship ala socialist rule, vis-à-vis those who are kept at bay, is the recognition that law-abiding citizens have an enshrined right to bear arms. Yes, the ultimate shield against tyranny! AND despite all the shrill exhortations by anti-gun fetishists, yes, the government will protect everyone’s safety and rights, therefore, gun control must be enacted, well, nothing could be further from the truth. Not only that, intellectual and moral integrity demands that an immediate paradigm shift enters the fray: those who are hell-bent on killing – for whatever reason – will always manage to procure weapons, gun-control be damned. By extrapolation, banning guns will never stop innocents from being killed. To the contrary, its knock-on effect only leaves law-abiding citizens defenseless and akin to sitting ducks. It empowers criminals and terrorists, as well as government leaders who are bent toward dictatorial rule. Never forget this. Let history be your guide.
MORE specifically, if one seeks a real-time lesson and template re the above truths – attesting to a nation’s dissent into tyranny due to the disarmament of the people – zero in on Venezuela, as it descends into a powder keg and hell-hole. Enslavement.

On Sunday night (4/16/17), Maduro ordered the National Bolivarian Militia, a coalition of armed socialist civilians empowered to enforce Maduro’s will, into the streets to stem the tide of opponents calling for elections to replace him. He promised “a gun for every militiaman” and the quadrupling of his civilian force, from 100,000 to 400,000, as soon as possible.

According to Fox News/AP/EFE, Maduro is framing his gun giveaway as a means of fighting outside forces controlled by America seeking to remove him from office.

The excessive ambition of [our] enemies threatens the peace and stability by carrying out a criminal agenda loaded with hate that includes terrorist acts, disturbances, looting, vandalism, different forms of violence against innocent people and public health facilities.

Padrino said the protesters are creating “anxiety in the public, anarchy and chaos, with the ignoble aim of toppling the democratic government.”

Venezuela banned the sale of guns to private citizens in 2012 during the tenure of the late dictator Hugo Chávez.

On June 1, 2012, the BBC reported that private citizens with a license/permit to own firearms would lose their rights, their permits invalid for purchasing or keeping weapons they already owned. “Only the army, police and certain groups like security companies [would] be able to buy arms from the state-owned weapons manufacturer and importer,” the BBC noted. At that time, “Hugo Chavez’s government [said] the ultimate aim [was] to disarm all civilians.”

The law has prevented most civilians from keeping firearms, though they are readily available on the black market, and criminals are known to be well-armed. Caracas is the world’s deadliest peacetime city, with shootings a regular occurrence nationwide. In prisons, inmates often keep firearms and, in one notable incident, made a cell phone video showing off an arsenal of weapons to honor a dead thug….read the whole “poof-in-the-pudding” civics lesson in disarmament….

NOW that the cause and effect – aka the nexus – is clear as a bell, let’s immediately segue to the flip side. In other words, even though the 2nd amendment must be protected at all costs, there are risks to leaving it as is. What??

EFFECTIVELY, a citizen’s right to procure firearms is enshrined. This is as it should be. However, it is where the caveat and danger lies, all of which brings us to the flip side at hand: when faced with stepped-up dangers from Allah’s Muslim terrorists, what exactly is there to think about, other than to ensure that followers of Islam (Muslim-Americans) NEVER get a chance to scream Allahu Akbar, as they rampage across America with firearms, many of which are procured under the 2nd amendment? OMG, an absolute rabbit hole!

IN fact, let’s step it up a notch. Resultant, recall Omar Mir Seddique Mateen’s (June 2016) jihadi slaughter in Orlando, Florida at the Pulse Nightclub. It is Exhibit Number One. Egregiously, he was allowed to arm himself to the teeth in various ways – and under the “watchful” eyes of the government, no less – one of which included his 2nd amendment right! Hmm. The outrageous facts can be found in the book, “BANNED: How Facebook Enables Militant Islamic Jihad.” Its AFTERWORD details all the linkages.

MOVING right along, fast forward to the following attempted jihad on April 7, 2017. It should (hopefully) cement the out-sized national dangers, that is, when Muslims are allowed to legally secure arms, never mind to open carry!

A Muslim man entered a private gathering of Christians in a hotel ballroom in South Dakota, started cursing and livestreaming video on Facebook of the event and then, after he was ushered out, displayed multiple firearms and issued statements the speakers say were a direct threat to their safety.

The man, wearing a t-shirt that said, “I’m American, I’m a Muslim, I open carry, I conceal carry, and I’m dangerous only if you’re stupid,” was approached by a security guard and told to leave.

Once back in his car, he brandished an arsenal of weapons, including two military-style rifles with loaded magazines and three handguns, and made several threats of “Be scared, be F—ing scared. Be terrified.” Again, it was all livestreamed on Facebook while parked in the conference-center parking lot.

To the surprise of the conference organizers in Sioux Falls, after reviewing the videos, police chose not to charge the man with any crime. The state’s attorney says he’s still investigating but didn’t see anything criminal in nature on the videos.

The Muslim man, Ehab Jaber, a self-described former resident of Saudi Arabia who works as a server at a local steakhouse in Sioux Falls, was questioned by police and the FBI following his bizarre behavior at the April 9 Christian Worldview conference. And now two of the speakers at the event are saying if the security guard had not noticed Jaber’s strange activity and escorted him out, something “bad” could have happened to roughly 500 Christians, including women, children and at least two state legislators who were in attendance.

“It was a ticketed event but we didn’t have enough volunteers to be checking everyone coming in throughout the event,” said Shahram Hadian, a former Muslim turned Christian pastor and one of the speakers. “This guy came in after the event started so the way the hotel was set up, there were just too many ways to get in. This was a private event, a closed event for Christians, but that’s how he got in, because we just didn’t have the manpower to be checking everyone.”

“I do believe the off-duty police officer who noticed what was going on is a hero who may have stopped a potential attack,” said Brannon Howse, who was on the podium speaking when Jaber was asked to leave…..continue here….

After a week of growing controversy and public pressure, authorities in South Dakota on Friday arrested a Muslim man who livestreamed a Facebook video in which he made threats against Christians while showing off an arsenal of weapons.
It was a complete turn-around from earlier statements by police and prosecutors, who maintained that the Muslim man was just exercising his First and Second Amendment rights and had “broken no laws.”)

AND hot on its heels, April 18, 2017, look what happened in Fresno, not exactly a hop, skip, and a jump away from South Dakota’s “armed to the teeth” jihadi!

Police in Fresno say a black suspect identified as Kori Ali Muhammad, 39, has been taken into custody for allegedly shooting and killing four people after shouting “Allahu akbar” and declaring a hatred of “white people.”

Muhammad had been wanted in connection with the shooting death of a security guard nearby last Thursday, according to police chief Jerry Dyer.

On Tuesday, gunfire erupted at about 10:45 a.m. in Fresno. Within seconds, a second shooting was reported, then a third and fourth.

Police reported the suspect allegedly fired at least 16 shots at four different locations in only a minute.

Fox News reported Dyer said Muhammad expressed hatred of white people and the government, but the police chief also said it wasn’t clear if the shootings were terror-related.

“Certainly by the statement that was made, it could give that indication; however, there was no statement made on Thursday night when he shot the security guard and killed him. There was no comments or no statements made at that time, so I am not certain why he said what he said today,” the chief said.

Dyer said, as the suspect was taken into custody, he yelled out “Allahu akbar!”

Police recounted the sequence of events. A PG&E truck drove into police headquarters, and the driver reported his passenger had been shot by a gunman who had approached them. Then, Dyer said, the gunman walked over to a resident and opened fire but missed.

Encountering another man, the gunman fired and killed him. Dyer said he then headed toward Catholic Charities in the 100 block of North Fulton Street and opened fire on a man in the parking lot, striking and killing him….continue reading….

SENSING a pattern yet?

ALAS, when everything is said and done – and despite any-and-all PC Allah-wash – the fact remains that even though a percentage of Muslims are not front-line terrorists, it is demonstrably provable that a preponderance of domestic terror attacks (yes, even Oklahoma City’s Murrah Building explosion was tied to Islamic terrorists, and others preceding 9/11/01 too) were perpetrated by followers of Islam, Muslims. Countless act as support networks too. Deal with it!

AGAIN, just for the (most recent) record, two grave dangers are of note: 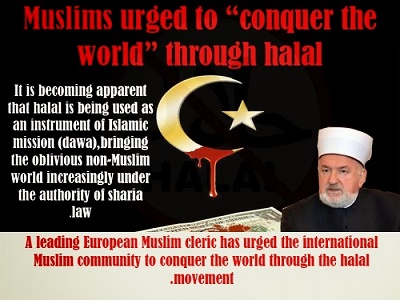 Federal authorities have open investigations into radical Islamic terrorists in all 50 states, according to the Department of Homeland Security, which is warning that the threat of terrorism in the United States has reached an all time high with radicalized individuals in the country plotting to strike “each and every single day.”

The FBI has “open terrorist investigations in all 50 states,” according to DHS Secretary John Kelly, who disclosed on Tuesday that there have been at least 37 “ISIS-linked plots to attack our country” since 2013, a number that shows no signs of diminishing….continue reading…. CONSEQUENTIALLY, one must urgently posit: is democracy a suicide pact? If not, the follow-on question looms: since a goodly portion of the Muslim-American community is tied – one way or another – to jihad against the nation, shouldn’t an amendment to the 2nd amendment be made?

NOW, of course, the wording to said effect is key. But let’s defer to others who are Constitutional experts and the like because national security is at stake, one which demands that patriots step up to immediate action-mode, PC brayers be damned.

EVEN so, to get the action rolling, how about this: “though the right of the people to keep and bear arms shall not be infringed, in order to ensure public safety those who adhere to violent jihad, an underpinning of Shariah Law, must be kept from attaining firearms.”

AND if it smacks of “profiling”, so be it. As always, the counter argument will go like this: oh my, it’s “discrimination” against a religious grouping! In response, the answer must be: who the hell cares. After all, since Islam is used as a (political weapon) which is based on VIOLENCE through jihad, isn’t it mandatory to protect the non-jihad abiding public from those who want little more than to overturn the Constitution into the Shariah States of America?

IPSO facto, why would any rational leadership slit the nation’s throat on the altar of PC psychosis, thus, allowing followers of Islam to abuse the very same Constitution they revile to the nth degree? 6 thoughts on “The Encircling Of Jihad On U.S. Soil: Isn’t It Time To Disarm Muslim-Americans? 2nd Amendment Implications. Imperatives. Commentary By Adina Kutnicki”