FOR years on end, patriotic Americans have been subjected to a two-prong assault; that which continuously wields hammer-blow after hammer-blow via reds and greens. Be that as it may, this warning has a bulls-eye on Allah’s Muslim terrorists. No doubt, they run roughshod sans any push-back from officialdom on both sides of the aisle. Bastards – Mohammedans…and the leaders who fail to hold them to account!

ON the upside, increasingly, many Americans are becoming aware of CAIR’s insidious danger, despite the Koranic-sanctioned, taqiyya-laden, jive-talking mantra from mouthpieces: Yes, CAIR operates as a civil rights organization! In a pig’s eye.

IN reality, it has already been proven that CAIR was set-up and organized by Hamas; the Gazan arm of the global terror organization. It operates as the Brotherhood Mafia’s propaganda front within the U.S. and Canada. Simple as that. Deadly.

THAT being established, it is mandatory (as best as possible) to keep readers up to speed re their infiltration and penetration – alas, there are only so many hours in a day!

BUT before we get to the latest, it must be emphasized: While it is duly noted that President Trump has America’s best interests at heart, it is also the case that he has been remiss in his due diligence, relative to whom he entrusts with this and that security protocol. This is not a secret. As to the evidentiary trail, a September 2017 analysis is more than enough proof of the same.

WHICH brings the discussion back to the most treacherous aspect of all, one which has been explored here, here, here, here, here, here, here….and so on and so forth. After all, since it is ongoing and national security is at stake, it bears repeating as many times as it takes. Indeed, it has been demonstrably proven within the aforementioned links: CAIR has inserted itself into the nation’s security agencies, and has captured the FBI’s arms in the process!

IN this respect, why would any American entity – let alone law enforcement or education based – give CAIR (or another Brotherhood front) even a sandle-hold, after all the damage it has accrued within the homeland? Rhetorical. Mind you, while the Sheriff from Barrow County, Georgia is displaying a back-bone, others in law enforcement – not so much. And herein lies the grave danger. 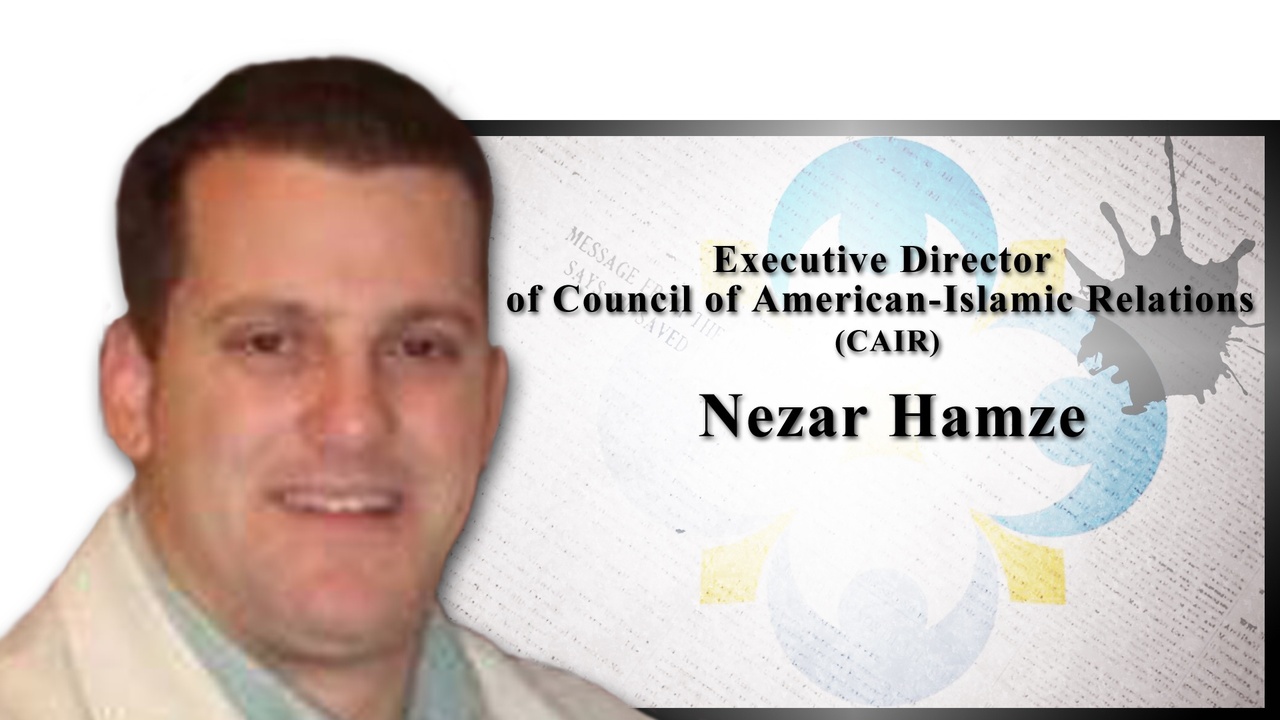 RECALL: Broward County’s Sheriff Israel, you know, the coward and dhimmi Jew-boy who ordered his officers to stand down, and, for all intents and purposes, allowed the slaughter-fest at Marjory Stoneman Douglas High School in Parkland, Florida to continue – yes, that complicit bastard – chose Nezar Hamze as his top Deputy, a mobbed-up Brotherhood CAIR leader!! You got that? But know this: If the Brotherhood had been deemed a terror organization by Trump, well, Israel would be in jail, alongside Hamze and the rest of the Brotherhood Mafia’s (long line of) tentacled leadership. Understood? Cause and effect.

Deputy Nezar Hamze, who not only lacked even the most basic qualifications for the job according to Broward County SD’s own senior reviewing officers, but was and remains an actively-serving Florida state-level official for the Council on American Islamic Relations (CAIR), HAMAS’ Muslim Brotherhood front group in the U.S.–for whom he conducted active shooter weapons training inside identifiable Muslim Brotherhood Islamic Centers–but obviously failed adequately to train his own Broward County deputies on how to defend Florida students from an active shooter inside a school.

BACK to Barrow County….

The Barrow County Sheriff’s Office is hosting a course on “Islam in America,” but its description has raised concern from CAIR – a radical Muslim activist and advocacy group. The curriculum includes instruction about “The Muslim Brotherhood in America, Islamic Ideology and its challenges to U.S. law enforcement and our constitution.”

“This course is to learn the jihadist enemy,” according to a description of the course. “How they define themselves by documents and social media, the historical basis to justify their actions, and their inspirations. This course also covers the Grand Jihad to eliminate America by terrorist acts and subversive acts under the Muslim Brotherhood.”

The March 8 training course will taught by former Woodstock Police Department Chief David Bores and is open to law enforcement and the faith community. Bores could not be reached for comment.

Edward Ahmed Mitchell, executive director of the Georgia chapter of the Hamas-linked Council on American-Islamic Relations (CAIR), said the course description is disturbing. Bores has been in public service for more than 45 years, according to information on the sheriff’s office website.

Mitchell said people have a right to express their views, even if its unfavorable to Muslims “but they do not have the right to do so while teaching official classes to law enforcement agencies on behalf of the State of Georgia.” (Muslims ARE the enemy) Mitchell said police officers “ must learn to serve and protect all Georgia residents, including over 100,000 Georgia Muslims. Racism and anti-Muslim bigotry have no place in a law enforcement training course.

Barrow County Sheriff Jud Smith, said he has taken courses by Bores before and denies Bores unfairly singles out Muslims. “If he was saying every Muslim in the world is a bad person and they want to kill us, I would stand up and say, ‘Brother, you are wrong’,” said Smith.

What Bores does talk about, said Smith, are different incidents and how to prevent Islamic terrorism. “He dissects those attacks and says here are the signs to look for so you’re not profiling,” Smith said. Bores is listed as director of intelligence for the Atlanta-based Defender Group, according to the organization’s website in 2016. It says company is made up of current, former and retired law enforcement professionals

Below is an outline  of the kind of training for Law Enforcement that Bores conducts:

Islamic Ideology: Does It Conflict with Our Law Enforcement Mission?

Course Description: Repeatedly we are told by members of the media, academic institutions, and elected officials that Islam is a religion of peace. We are also confronted with the reality of the recent past, in which organized groups of radical Muslims and so called “lone wolves” representing domestic Islamic extremists present a real and potentially violent threat to our communities……continue reading…..

BUT if the above is not enough to make a patriot spit bullets, what about the continuous assault on the kiddies by the Brotherhood Mafia, even as they fend off the Gay Mafia from their anti-American/western counterparts, the reds?

TO wit, seventeen years after 9/11/01 – unarguably, the most horrific terror attack ever to hit U.S. soil – the fact that this analysis has to be written (along with copious others), well, it’s indicative of the stranglehold that Islamists have over the nation.

ALAS, the urgent issue becomes: Despite the continuous assault on America – even with President Trump at the helm, again, the most patriotic POTUS, bar none – what will it take to sign into law Congressional Act S.68, finally, designating the Brotherhood Mafia (the titular head of global Islamic Jihad) a terror organization? Even more so, as it languishes in limbo, the intolerable is tolerated, while the Brotherhood Mafia’s tentacled hydras – in their quest for global dominance – dig deeper into the leading nation of the free world, or of what’s left of it!

MOST significantly, what the hell is really going on?? 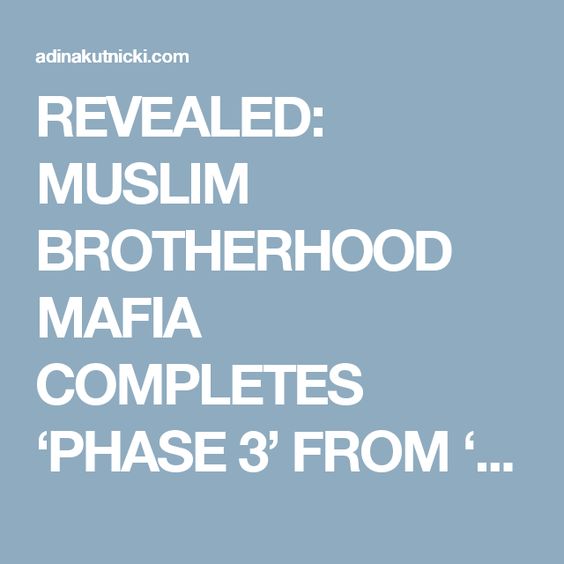 {re-blogged at TheHomelandSecurityNetwork} click on “Archives” to read, dated March 14, 2018

11 thoughts on “CAIR, The Most Dangerous Islamic (Propaganda) Arm In America, Strikes Again: Will Trump FINALLY Cut Off Its Tentacled Stranglehold?? Commentary By Adina Kutnicki”