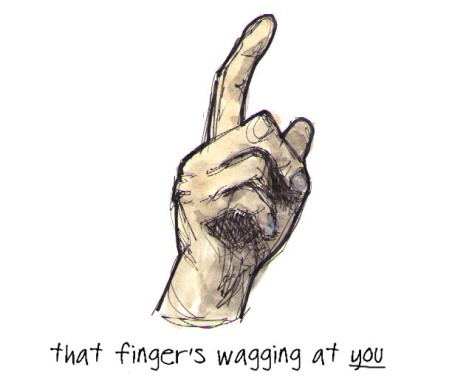 EVEN when referring to the step-by-step – never mind full-on – takeover of America by Islam’s Mohammedans, a certain segment of poohbahs, aka chattering classes, veer from outright mockery to visual tsk tsking, as they segue right down to their most incendiary “weapon” of all: the “racism” bugaboo. Moving right along…..to the blatant lessons they continuously fail to learn!

FIRST and foremost, the following must be understood for what it is: Sans the absolute helping hands of the most powerful players within the Free World – with HUSSEIN’s administration in the forefront, aided and abetted by Germany’s Merkel, and with others in league – Allah’s Muslim Terrorists would have been unable to execute the quantum leaps and bounds that they have. Ipso facto, exponential headway, decades worth, should be credited to his/their proverbial wings, that which catapulted the Muslim Brotherhood Mafia’s plans to proximate full-on accomplishment. Fist-bumps all around. Extrapolating further, instead of heretofore “baby steps” laid out via The Plan, their “super star” status, gains, have reached unprecedented degrees. Attaboy and girls.

ALONGSIDE this western nightmare, it has already been established at this site that Europe is DOA. Gone. Kaput. Finito. Resultant, let’s not belabor the obvious, nor beat a dead horse.

EVEN so, there are certain times that visual aids are called for. Scroll down. Think of them as (mental) reinforcements. And this is imperative because it will, hopefully, spur the non-Muslim masses to rise up en mass. With all due seriousness and deliberation, it is the only option left to save western civilization. Mind you, Allah’s Muslim Terrorists are counting on these same masses to slumber on, until they have overtaken the west. Indubitably, Islam’s literal translation is submission or surrender. Complete control. Simple as that.

IN this regard, a certain section of France (and with countless others in tow) has been featured at these pages, and on several occasions. It is not for nothing. So, on July 15, 2016, Calais, France made its most recent appearance.

A mere few days before today’s explosion in Nice (we will get to that), littering its streets with blood and body parts during the annual Bastille Day celebration, the Mayor of Calais finally said: assez…enough. Pray tell, of what??

WELL, before Allah’s warriors laid siege to it, the city was described thusly: Calais is located on the Pas de Calais, which marks the boundary between the English Channel and North Sea and located at the opposite end of the Channel Tunnel, 34 kilometres (21 miles) from Dover. On a clear day the White cliffs of Dover can be viewed across the channel.[47] Aside from being an important port and boarding point between France and England, it is at the nucleus of many major railway and highway networks and connected by road to Arras, Lens,Béthune and St. Omer. Dunkirk is located about 47 km (29 mi) by road to the east.[48] Calais is located 288 km (179 mi) north by road from the French capital of Paris, roughly a 3-hour 15 minute journey.[48] The commune of Calais is bordered by the English channel to the north,Sangatte and Coquelles to the west, Coulogne to the south and Marck to the east. The core area of the city is divided into the Old Town area within the old city walls, and the younger suburbs of St. Pierre, which are connected by a boulevard.

CURRENTLY, this is a highly accurate depiction of Calais, another ! dying city:

Calais was once known as a cultural hotspot in northern France, with a five-kilometre beach that beckoned visitors to stay rather than pass through.
Now, tourists are being warned to close their car windows and lock their doors as they drive past.

ALAS, ever since 1999, Islam’s barbarians continuously invaded its space and the results have been nothing short of catastrophic. Predictably so. Jungle-like. ….continue reading….

YOU get the overall picture. Still yet, read on.

A top British equestrian vaulter has told Horse & Hound of the terror she experienced when her horse trailer was attacked by Muslim illegal migrants as she was returning from France this week. A group of Muslim savages blocked a road leading to Calais before surrounding the lorry and smashing a window as they tried to get inside.

Lucy Phillips, who is fifth on the FEI rankings list, was returning from the world championships in Le Mans, France (18-21 August), in which she had finished 11th.

She was approaching the port in a 7.5t horse trailer at about 1:15am on Monday (22 August) when her father Bill, who was driving, saw the road was blocked by felled trees. “As we stopped, between seven and 10 wild-eyed Muslim madmen appeared out of the bushes,” said Lucy.

“They were carrying big pieces of wood and what looked like bats. They surrounded the lorry and started hitting the sides, and smacking the windows with their bats.” (terrifying both horse and humans)

Lucy went into the back of the lorry to check her horse Pitucelli, and grabbed the side door of the trailer to prevent the Muslim invaders from gaining access. “They were trying to open the side door as I was holding on to it, attempting to fight them off, while they were trying to break the windows and banging on the side of the trailer which terrified my horse.” (Fortunately, he didn’t try to escape which could have gotten him killed)

“My dad was blowing the horn, trying to get the police’s attention, then I heard a smash. They’d put a branch through the passenger window of the cab and my mum and dad were covered in glass. “Mum’s face was bleeding, so was Dad’s arm; it felt like for ever until the police came.”

The French police “chased the migrants away” (instead of shooting them) and escorted the family away from the area, taking a statement from them. “But then they left us and we had to drive back through Calais on our own,” said Solihull-based Lucy. (Why didn’t they give them a police escort?)

“It was full of groups of scary-looking Muslim thugs, all dressed in dark clothing. They were just milling around, not really doing anything, but it was terrifying because of course we had no passenger window after they broke it.”

“I don’t want to scare people,” she said. “But anyone going out there needs to be so careful on the way back. We’ve vowed never to travel back at night again.”(You damn well should want to scare people. It is not safe to travel though Calais any time of the day or night now without armed guards accompanying you)

“It seems that in the last couple of months, the violence has got horrendous,” she said. “You see the news and think it’s just the big trucks, but they don’t seem to care who they attack any more.”

Compilation video of Muslim attacks on trucks and cars and the stupid British leftist sympathizers who demand they be allowed to enter into the UK.

AND for more of the same, the following completes Euro’s visual picture. Its demise.

HOW much clearer can it get??

NOW that that is settled, let’s segue to America’s descent into Allah’s fiery hell hole, that is, if not thwarted post-haste! Incontestably, the evidence is overwhelmingly manifest. Resultant, there is no time to waste through a sugarcoating process, nor by attempting to debate its basis. Get with the program….

WRETCHEDLY, it is also the case that certain locales/individuals are more inclined to bow down, while others, the non-cowed and bowed, are of the mind: Bring it on!!

BUT before two recent examples are demonstrative of the same, take (mental) note of previously cited locales, those which are more likely to fight back, as opposed to cowering in response.

ON the other hand, it is along the same dangerous trajectory that a subset of Missouri residents won’t avoid beat-downs, even after getting the crap beat out of them due to the criminal mayhem created by domestic terror outfit, Black Lives Matter! Yes, gluttons for punishment, they want more of the same – and worse – from Allah’s Muslim Terrorist “refugees.”

STILL yet, akin to many Oklahomans with a fighting spirit to spare – thank heavens for that – along comes a tug of war with the hallmarks of Separation of Church and State written all over it, even though jive-talking western enablers are spinning, dodging and weaving the issue. Par for their supremacist course, Islamists can’t even keep their hands off of a PUBLIC library vehicle!

A Norman man said a picture on the side of a Pioneer Library System car promotes Islam.

“I come out of the library, and I see a public vehicle that is paid for by the taxpayers money that displays, has a picture of a lady in Islamic attire,” said Chad Grensky.

Grensky feels the hijab or veil represents the Muslim faith and wants the picture removed.

The veteran said he wants to make it clear he is not racist and does not have a problem with any peaceful religion.

“What I have a problem with is we can’t put a nun on the side of that car because she’s wearing a head garment,” Grensky said. “We have to remove ‘In God We Trust’ from our police cars.”

He took his concern to the Pioneer Library System.

Administrators were surprised and said this has been their first complaint.

“We don’t believe that image is promoting a religion. We think it is expressing a culture,” said Anne Masters, the executive director.

Still, they said they are giving Grensky’s complaint serious thought but have not decided on whether or not to replace the image.

“If Pioneer Public Library, Norman Public Library wants to display someone of faith, the way to do that is to do all faiths,” Grensky said.

NewsChannel 4 sent the picture to the American Civil Liberties Union.

The executive director said he did not see a problem with the image.

He said showing someone in their religions attire does not necessarily violate the constitution.

AS always, every escape hatch is used to protect the “religion of peace.” Now, just imagine, oh, hypothetically speaking, if Christian or Jewish attire graced the side of PUBLIC vans! Well, the screams, howls, and every manner of hissy-fits would be heard clear across the country, that is, castigating the offender for daring to allow such religious signage on PUBLIC use vehicles. Ya think??

BUT never mind all that.

MOHAMMEDANS, burn in Allah’s fiery hell-fire….alongside all your western enablers!!

4 thoughts on “The Left’s Global Wreckage: Islamic Takeover of Europe, U.S. Not Far Behind. Brace Yourselves. Commentary By Adina Kutnicki”