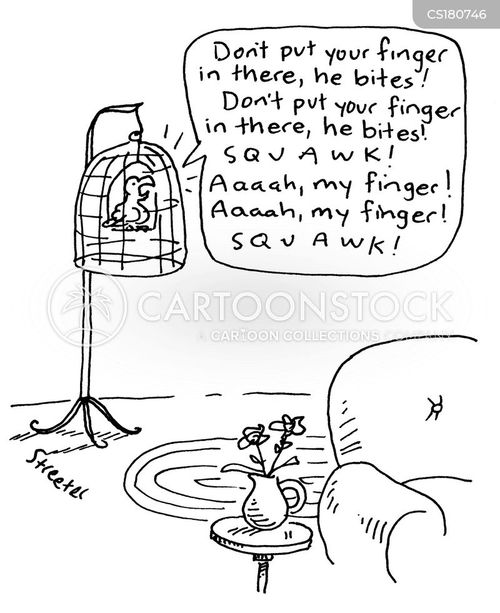 WITH all the jibber-jabber surrounding “swamp draining”, one can be forgiven for wanting to scream bloody murder – again and again. Maddening.

INDEED, “The Donald”, the ultimate “take no prisoners” persona who is larger than life, promised to rid the main toxins within the swamp – still yet, many remain. Agreed, while there are countless (true, Rome wasn’t built in a day either), none is more urgent than dispelling the lie: “Islam IS Peace!” After all, western civilization hangs in the balance. Indubitably.

UGH! If still in doubt, just peer across to “the other side of the pond”, and see if you like what lies in wait: a nation overrun with Islam’s barbaric jihadis, and with citizens frozen in fear! Yes, the combined poisonous fruits of a disarmed populace, coupled with fascist-left leaders tied to the Euro-Arab axis. Tethered. Bowed.

INCONTESTABLY, even while countless patriots across America are “armed to the teeth” – thank G-d for small favors – know that local forces within leftist bastions will be ordered to “stand down” and operate with their “hands-in-their pockets.” On the other hand, within red-aligned localities, by the time they arrive on the scene, for the most part, they are there to perform “mop-up.” The point being, countless innocents will be left to their own devices.

INTERNALIZE: officialdom, housed under the DHS/FED umbrella, will never have your backs, although they opine otherwise: yes, trust us! As evidenced, top security heads are clearly cowed. And, despite that rank and file agents would prefer to come to the rescue, they take their orders from the top, many of whom are politically tainted. It is what it is. Lesson learned: be prepared!!

BACK to the “Islam IS Peace” lie and its knock-on effects.

IN order to save America (and the entire west), it is this bold-faced, fallacious, noxious, shameless, unabashed….and so on and so forth….lie which must be eviscerated. Concomitantly, it is this twisted distortion of the truth which poses the gravest threat, bar none. To said end, if US leaders won’t tell the unvarnished truth and lead the charge, who will? If not now, when?

BY shining a spotlight onto where Trump & Co. fall woefully short – through inexplicable security appointments, a top-tier national imperative – the unfathomable actions of DHS Chief John Kelly veer into focus and sharp relief.

ALL of which circles back to the beyond detrimental damage which will accrue, that is, if a volte-face isn’t forthwith under the stewardship of DHS’s John Kelly – for heaven’s sake, he is a Marine Corps General who should know better! Mind you, this is no sissy-pants, metrosexual dilettante who wouldn’t know how to shoot straight, even if his life depended on it.

BUT before we get to the crux of his failure to ‘fess up, seemingly, his cognitive dissonance, it is intrinsic to hark back to his own very words, that which appear to recognize what’s what, but stop short of naming the underlying “enemy.” Bucko, it’s Islam!

In a 2014 speech regarding the War on Terror, Kelly said:

“If you think this war against our way of life is over because some of the self-appointed opinion-makers and chattering class grow ‘war weary,’ because they want to be out of Iraq or Afghanistan, you are mistaken. This enemy is dedicated to our destruction. He will fight us for generations, and the conflict will move through various phases as it has since 9/11.”

INDEED, it is certainly the case that in 2014 – while still an officer in the military – even tough guys cannot state things which are less than “polite”, so to speak. To wit, he tap-danced around the “who” part, failing to identify the enemy. It is as if this amorphous enemy become bogeymen, ghost-like, they swath across the globe under the “holy” banner of Allah! Bloodying. Even so, that was then, this is now.

SO, now that he is the chief at Trump’s DHS, the capo di tutt’i of the umbrella of all US security agencies, why is he comporting himself as if part of HUSSEIN’s DHS regime, you know, the one which collaborated with the Islamic enemy within??

The rhetoric of Department of Homeland Security Secretary John Kelly suggests the government’s fundamental assumptions about the threat haven’t changed.

Kelly told the House Homeland Security Committee Thursday that the perpetrators of attacks during the Islamic month of Ramadan have “corrupted” Islam, and he suggested Christian and Jewish beliefs are also causing terrorism, Breitbart reported.

“As far as Ramadan goes, you know, first of all, the uptick in violence and activities is done by a very, very small percentage of people who have just corrupted the whole concept of Islam as a religion; but it is what it is,” Kelly told the chairman of the committee, Rep. Michael McCaul, R-Texas.

On his Jihad Watch website, Robert Spencer summarized the DHS chief’s response: “More denial and willful ignorance from the administration that promised to drain the swamp.”

Kelly indicated attention needs to be focused on the Internet, urging businesses to block access to “some” websites.

McMaster said the label “radical Islamic terrorism” was not helpful because terrorists are “un-Islamic.”

The Times quote William McCants, a senior fellow at the Brookings Institution, saying there is “a deep hunger for McMaster’s view in the interagency,” referring to the process by which the State Department, Pentagon and other agencies funnel recommendations through the National Security Council.

In his speech in Riyadh, Saudi Arabia, last month to Muslim political leaders, President Trump appeared to distance himself from campaign rhetoric that suggested Islam itself is the problem.

REPORTEDLY, even though DHS is taking baby steps toward denying certain funding to KNOWN Islamic terror fronts – huh and duh – the fact remains that the most important step, identifying the enemy, hasn’t been taken. Therein lies the main crux and danger!

MOST significantly, it must be understood that verbiage more than matters, in so far that it signals what’s what, who’s who, and the whys and wherefores. Effectively, if, on the one hand, one is fighting a “war on terror”, yet, at the same time, refuses to name the enemy, how can the public know what’s what, as well as who’s who? By extrapolation, how is it possible to internalize the whys and wherefores, that is, as to the underlying basis of the aforementioned “war on terror”, if the enemy’s underpinning(s) remain a “mystery?” Moreover, by continuing to recycle the shapeless term “war on terror”, as if providentially derived from Moses on Mount Sinai, to whose advantage is it? Just take one guess….

NOW, if the above sounds confusing and akin to chasing a rabbit down a hole, well, it is!

SUCH is the so-called strategy utilized by “team Trump”, when picking the administration’s top-drawer security heads. In other words, when the highest weight is calculated by their curriculum vitae, cognitive dissonance is not far behind. But, even so, as is said, the buck stops at the main door – and this one belongs to Trump, the Commander-in-Chief.

SIMPLY put, if President Trump is convinced that it is in America’s best interest to separate political/religious Islam from terror attacks waged under the banner of pagan diety Allah, even as Muhammadans scream “Allahu Akbar” – “Allah is [the] greatest” – G-d help us all!

{re-blogged at The Homeland Security Network} to read, click on Archives icon to date of commentary