EVEN most patriots – including those who pay rapt attention to HUSSEIN Obama’s (promised) transformation of America into a Marxist and Islamic-friendly nation – did not expect his hench people to (outright) hand over US policing to UN thugs.

ALAS, dear readers, doesn’t it finally make sense as to why Obama Inc.’s goons kept hammering the police as out of control ‘thugs’, as opposed to those who are absolute criminals and the like? As stated throughout these pages, by painting a target on the backs of the police, it created a (mental) environment whereby their ‘inevitable’ removal – as the main communal (emphasis placed) policing authority – will be accepted, all for the good and welfare of America’s communities. Hence, they coined their putsch with the touchy-feely name ‘Strong Cities Network’, as if to evoke the highest level of caring for the citizens. As if.

MIND you, one of the main announcers at the UN of the takeover, New York City’s (commie bastard) Mayor De Blasio, was also a chief anti-police inciter alongside HUSSEIN Obama, both of whom placed a bulls-eye on their backs! Full circle. Orchestrated.

(De Blasio, speaking at the UN, said New York joined Strong Cities because the group will target ‘intolerance’ and make the city safer.)

BESIDES, although a friend and fellow radical, recall the Marxist-in-Chief’s bizarre interjection after the arrest of prof Henry Louis Gates via “The Cambridge cops acted stupidly”. In fact, the abuse of his bully pulpit was so egregious – even for him – its basis was dissected in Nov. 2013 through ‘The Race-Baiter-in-Chief Sets The Stage For Increased Black Mob Violence, Race War A Real Possibility. To What End?’ Hmm.

MOREOVER, it was repeatedly stated at this perch (from this site’s inception) that UN global policing, necessitating gun control/confiscation, was their ultimate plan. Still yet, the open questions were: Who would make the announcement? When would it take place? Now, the fact that he tasked AG Lynch for this hatchet job was meant to lend it a ‘legal’ and ‘kosher’ veneer. But all his surrogates, including Lynch, are ‘legal’ lawbreakers, as well as Marxist and Islamic bent. Let’s get said criteria off the table.

BUT to understand how this anti-American putsch came about, one would have to revert back to HUSSEIN Obama’s 2008 campaign promise to institute a “civilian national security force.” In other words, this was his ‘opening shot’ to the American people, signaling to them his intentions to create a mirror image of policing that takes places in Marxist, socialist, totalitarian regimes. In fact, DHS was set up to facilitate a ‘target bank’, and (retired) military officers have been issuing dire warnings since its inception!

IN this regard, part and parcel to DHS’s JADE HELM was the insertion of foreign troops and UN hardware into the so-called US military exercises. What for? Exactly.

Don’t become distracted before you delve into JADE HELM, simply by jumping to the (mentally) comforting conclusion that such drills are part of homeland training exercises. That’s a bold-faced lie. But what is the truth is that Chinese and Russian (with a smattering of eastern Euro forces) troops have been embedded within U.S. territory for a few years, at the behest of the Traitor-in-Chief! Mind you, they are not training to protect patriots. Guaranteed.

NOW, the promised JADE update and its frightening calculus, as it ties together the heretofore inexplicable and unprecedented targeting of patriots!

Jade Helm 15 is not a seven state operation as first advertised. This was a massive lie.

Then we discovered a massive extraction of dissidents drill in Ft. Lauderdale, FL. and the drill had expanded to 9 states. This was yet another lie. And why would it be necessary to use the military to “extract” American civilians”?

IN tandem, under the guise of FEMA, martial law exercises were front and center. Again, why? Are you sensing a pattern, a set up?

IN any case, as this site predicted months ago (cited in this commentary’s conclusion), ‘UN Policing’ of America is set to begin, and Blue Helmets will soon be a part of America’s landscape, such that is left of the heretofore greatest nation on earth. Rest in piece(s)…..

On Wednesday, Attorney General Loretta Lynch announced at the United Nations that her office would be working in several American cities to form what she called the Strong Cities Network (SCN), a law enforcement initiative that would encompass the globe.

This amounts to nothing less than the overriding of American laws, up to and including the United States Constitution, in favor of United Nations laws that would henceforth be implemented in the United States itself – without any consultation of Congress at all.

The United Nations is a sharia-compliant world body, and Obama, speaking there just days ago, insisted that “violent extremism” is not exclusive to Islam (which it is). Obama is redefining jihad terror to include everyone but the jihadists. So will the UN, driven largely by the sharia-enforcing Organization of Islamic Cooperation (OIC) and the pro-Islamic post-American President Obama, use a “global police force” to crush counter-jihad forces?

After all, with Obama knowingly aiding al-Qaeda forces in Syria, how likely is it that he will use his “global police force” against actual Islamic jihadists? I suspect that instead, this global police force will be used to impose the blasphemy laws under the sharia (Islamic law), and to silence all criticism of Islam for the President who proclaimed that “the future must not belong to those who slander the prophet of Islam.”

What is a global police force doing in our cities? This is exactly the abdication of American sovereignty that I warned about in my book, The Post-American Presidency: The Obama Administration’s War on America. The Obama Department of Justice made it clear that it was exactly that when it distributed a press release last week announcing the “Launch of Strong Cities Network to Strengthen Community Resilience Against Violent Extremism.” In that press release, the DoJ complained that “while many cities and local authorities are developing innovative responses to address this challenge, no systematic efforts are in place to share experiences, pool resources and build a community of cities to inspire local action on a global scale.”

So if the local and municipal effort to counter the euphemistic and disingenuous “violent extremism” is inadequate and hasn’t developed “systematic efforts are in place to share experiences, pool resources and build a community of cities to inspire local action on a global scale,” the feds – and the UN – have to step in. Thus the groundwork is being laid for federal and international interference down to the local level. “The Strong Cities Network,” Lynch declared, “will serve as a vital tool to strengthen capacity-building and improve collaboration” – i.e., local dependence on federal and international authorities.

Lynch made the global (that is, United Nations) involvement clear when she added: “As we continue to counter a range of domestic and global terror threats, this innovative platform will enable cities to learn from one another, to develop best practices and to build social cohesion and community resilience here at home and around the world.”

This internationalist character was brought to the fore by the fact that the Strong Cities Network was launched on September 29 not at the White House or the Department of Homeland Security, or at the FBI headquarters or anywhere else that might be fitting for a national project, but at the United Nations.

Even more ominously, the DoJ press release says that the Strong Cities Network “will strengthen strategic planning and practices to address violent extremism in all its forms by fostering collaboration among cities, municipalities and other sub-national authorities.” Sub-national and international: the press release then quotes Governing Mayor Stian Berger Røsland of Oslo, Norway, a participant in the Strong Cities Network, saying: “To counter violent extremism we need determined action at all levels of governance. To succeed, we must coordinate our efforts and cooperate across borders. The Strong Cities Network will enable cities across the globe pool our resources, knowledge and best practices together and thus leave us standing stronger in the fight against one of the greatest threats to modern society.”

But what is that greatest threat, exactly? Remember, the DoJ presser says that the SCN will “address violent extremism in all its forms.” It also says that it will aid initiatives that are working toward “building social cohesion and resilience to violent extremism.” “Building social cohesion” is a euphemism for keeping peace between non-Muslim and Muslim communities – mostly by making sure that non-Muslims don’t complain too loudly about, much less work against, rapidly expanding Muslim populations and the Islamization of their communities.

The DoJ presser noted that at the launch of the Strong Cities Network, “welcoming remarks” would be offered by the United Nations High Commissioner for Human Rights, Prince Zeid Ra’ad Al Hussein and Mayor Bill de Blasio of New York City. The involvement of New York City’s Marxist internationalist mayor is yet another warning sign.

GUARANTEED, without an absolute revolution by patriots across America, the UN will take over. Forewarned.

IN no uncertain terms, crises must ‘spontaneously’ erupt (patriots, recall, HUSSEIN Obama’s prior consiglieri, Ram-the-pit-bull…also a life-long member with ‘dear leader’ of Chicago’s most exclusive Gay Bath House…you know,  a guy’s gotta do what he’s gotta do…well, he has a Rule too about never letting a ‘crisis’ go to waste) as if out of the blue, for the UN cavalry to ride in. Have NO doubt, this was the intention of Obama’s goons when they put in place ‘Black Lives Matter’ to facilitate fires within city after city. As if on cue, its basis started when ‘Tray’ was killed, hence, Obama Inc. gang-banged the prescribed anti-police narrative. Yes, they did. Similarly, they jumped on school shootings as the next ‘crisis’ to implement gun control.

CREEP by creep, step by step, America’s sovereignty is being attacked, and its basis is leading to their ultimate goal: Gun confiscation aka gun control.

INCONTROVERTIBLY, once legally armed Americans are disarmed, well, the nation is no longer free. Indeed, understanding that a preponderance of US police and military would (likely) disobey what amounts to anti-Constitutional orders, UN forces had to be prepped through JADE HELM for their policing takeover. 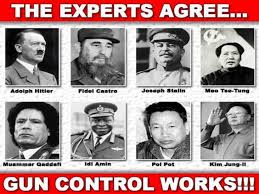 NOW, anyone who doubts this site’s ability to go from point A to point B may want to read an analysis from May 2015, a full 5 months BEFORE the feel-good coined ‘Strong Cities Network’ jumped into the headlines last week.

NOW, to start to wrap things up, put on your thinking caps and decide what other purpose (aside from assisting with gun confiscation) “red” forces serve in Obama’s America, in tandem with the prep work done by JADE HELM 15. Here’s a hint: is “world policing” – as prescribed by the kleptocrats in the UN, with the ideologically in sync fascists in Obama Inc. in tow – too far-fetched? You decide….while you still have the freedom to do so!