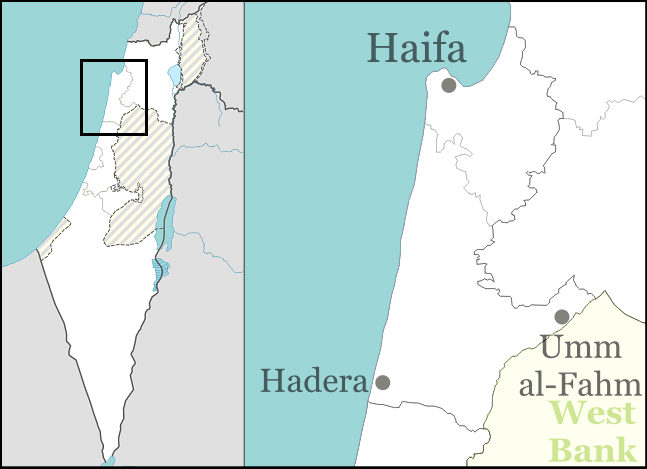 Stipulated, Israel’s security services are second to none. As such, regardless of geographical location and the passage of time, they (almost always) catch their prey. Nevertheless, it is also the case that politically-driven directives – in concert with genuflection to international pressure – has been known to stay their hands vis-à-vis Arab/Islamic-driven terrorists. On the flip side, more often than not, it causes them to be heavy-handed with right-wing Jewish activists who refuse to “stand down” against Arab/Islamic aggression. Shabak, AKA Shin Bet, AKA GSS, once again, this finger is pointing at you! Resultant, as a knock-on effect, plots are allowed to fester and mushroom to the point of deadly consequences. Trust, this is the ugly truth. Moreover, it is backed-up by well-informed, experienced operatives.

With the above in mind, no sooner did last year’s (Feb. 1, 2018) “closed-door” Intel conference wrap up its findings, an updated list of “target banks” landed in this lap. As such, via marching orders from the CEO of the privately-held Homeland Security entity underlining these efforts, it became clear that more – not less – collaboration with this one and that one would be required. As we say in Israel, barur. Understood. So, it came as no surprise when shout-out after shout-out (day or night) from last year’s attendees (among others sent this way) became commonplace. (As an aside, the only reprieve was in mid-Oct., when notice was given that these ears would be incommunicado, while on a two-week cruise; a respite to the Greek Isles).

Tellingly (from mid-February 2018 to date), akin to a house on fire, a widely known “hotbed of terror” kept popping up on this radar. But what is less well-known (except to certain security types) is that plots from these tightly woven Arab/Islamic-infused villages – under the iron-fist of the Islamic Movement in Israel – collaborate with Muhammadans in the US, some of whom are related clansmen! Yes, you read that right. In fact, whether in Israel or abroad, the aforementioned hotbeds operate hand in glove with the global Muslim Brotherhood Mafia, its parent – a subject which is an acknowledged expertise within. As noted at a mainstream global interview:

“Adina is an expert on the Muslim Brotherhood and her previous interview about the expansionist ideology of the organization sent shock-waves across the internet. Adina is an editor of several websites that examine the growing violence in the name of Islam, and she is the creator of a popular Israeli blog. Her insights into the conflict between Israel and the Islamic terrorists of Muslim Brotherhood, Hamas and the Palestinian Authority will give our readers an opportunity to find out the truth about the Middle East without the Israel bashing propaganda of the mainstream media…..” Hmm.

So, take it to the bank: when certain “sleeper cells” are activated within targeted US cities, guaranteed, every effort has already been made (by particular clans in Israel) to share this and that “recipe” with their agents who live in “dar al-harb”, the “house of war” – having already proven to be surefire modes of delivery through various attacks. Incontestably, Israel is their “laboratory for terror!”

To wit, aside from specific findings which, understandably, cannot be shared, there are some which can be. We will get to that. Beforehand, the following are core questions for the reader’s reflection and consideration:

Actually, it is the third question which underpins the rest. Well, not to go into too many details, specific attendees (freelance operational assets, if you will) bounce between the US and Israel for this and that, while others may find themselves a mere half hour away from this end, or, for that matter, anywhere within this tiny country. Mind you, from the northernmost point in Israel to its southernmost tip, it takes approximately 4.5 to 5.5 hours to traverse the nation. Yes, that tiny.

To said end, the morning of January 10, 2019, I presented an updated Intel policy paper at the very same secured facility in Tel Aviv which housed last year’s conference. Among several areas of high concern, a segment of the presentation zeroed in on what is reallygoing down in “The Triangle“; AKA the Wadi Ara, AKA the Nahal Iron. An overview is below, including the nexus to US Congresswoman Rashida Tlaib!

On the other hand, a decision was made to hold the remainder of the “target banks” in abeyance. Regardless, as the epicenter of the Islamic Movement in Israel – led by the iron-fist of the notorious Raed Salah from his “seat” of terror in the city of Umm al-Fahm – this northern belt has MANY eyes and ears in place, official and freelance. For further edification, its southern arm – based out of Rahat – is mendaciously depicted by official Israeli mouthpieces as less “radical”, but this is nonsense. Hogwash. While its leader, Hamed Abu Daabas, is presented as a “moderating” voice, the fact is that when his northern terror counterpart needs back-up, Daabas (and his followers) is right there beside him! Islamists-in-arms. Yes, officialdom is well aware.

In this respect, in order to fully internalize and appreciate why “boots on the ground” spent a year shuttling Intel back and forth to these ears (and to counterparts in the US and Israel) re activities in the Wadi Ara region (among other matters), a basic overview of its geographical terrain is mandatory for those outside the region. Call it: “Geography Lesson Plan 101.”

And while studying this topical land mass, know that these citizens of Israel have full political rights – again, while living within an incubator and epicenter of terrorism. Additionally, there exists a deep nexus between East Jerusalem’s terror-tied clans and their northern brethren.

Specifically, they only have to traverse – from beginning to end – a 20 km wadi (valley), a mere 12 1/2 miles in length to Jewish neighboring cities to hand over instruments of terror to others, or to carry out attacks all across the nation! In reality, some of the points in between should be considered as close as a hop, skip, and a jump – that close! Let that factoid sink in. The Wadi Ara’s primary entry point, a riverbed, begins in northern Israel (northwest of what is called the Haifa District) and is a converging point between Samaria at Menashe Heights and what is called the Sharon plain. Significantly, it is a juncture between the north and the Sharon plain, that which includes Central Israel, and, most especially, Tel Aviv. As such, discerning readers should be able to understand the Wadi Ara’s strategic significance, even if never having laid foot on its soil.

That being established, primarily, it is the tribal nature of the Arab/Muslim culture that sets the stage for the full-on allegiance of entire clans (oftentimes, clustered within the same villages, towns, and cities), as they walk down the path to terror with clan leaders.

Introducing, the top-tier of the “Wadi Ara target bank“: it was developed from the aforementioned “shout-outs” (throughout 2018 to date), and rated as per their hyperactive plotting and “recipe-sharing” –

Of course, this is not the forum to get into specific details and associated plots. Rather, it is the place to enlighten the public as to what is at stake, sans all the Allah-wash from western leaders, including Israel’s. With this in mind, it is imperative to reveal a highlighted security concern from the conference. Incontestably, it links up the inextricable terror nexus between Israel and the US – vice versa.

In brief, many Americans have expressed concern about the newly elected Rashida Tlaib, an ethnic “Palestinian”, who represents Michigan in Congress. Well, they don’t know the half of it.

Effectively, I have been given permission to reveal this tidbit: when two of the assets associated with the conference (counter-terrorism and counter-Intel freelancers) were in Michigan (AKA Michiganstan) on another assignment, by accident, they “stumbled” upon a bombshell. It revolves around a clear connection between particular “Palestinian-Americans” (Jihadis-In-Suits) from clans in East Jerusalem, who happen to collaborate with clans in the Wadi Ara, who just happen to have access to Rashida Tlaib and her associates! This linkage is via what they termed the “Ramallah Connection” ala the AFRP, The American Federation of Ramallah, Palestine. Oh, what a tangled web of terror. Btw, her parental and close extended family live in a small, but highly active, Islamic-laced village, Beit Ur al-Foqa. It lies smack in Israel’s Judean hills.

(Pay heed to this speech at CAIR, the propaganda arm of Hamas from the Muslim Brotherhood Mafia in North America, as they fete Talib’s “victory” for Islamic interests!)

Conclusively, to further internalize why the eyes and ears of “freelancers” are absolutely necessary, the following is instructive:

Even though the Islamic Movement in Israel was established in 1971 (with underpinnings that have always been crystal clear, as to an operational aim to overthrow the state), it was only in November 2015 that its Northern Branch was”officially” outlawed – with its (ideological parallel) Southern Branch left intact. Think about that. Nevertheless, even after security forces raided and shuttered a cadre of its offices, not only is it still operational – and it is – it is going strong! How can this be?

Not only that, the Northern Branch’s terror master, the aforementioned Raed Salah, laughs in the face of a multitude of arrests. He recognizes full well that Israeli authorities will never stop his incitement to terror and participation thereof. After all, Israel’s official radio stations, print media, academic institutions, and parliamentarians (from the communist and “mainstream” Arab Knesset parties) still consider him an “untouchable” player in the Arab/Islamic sector!

In light of the above and so much more, this updated report stems from a full-blown, year-long analytical trail; one which was presented in policy paper form before select attendees, as referenced in paragraph three. It culminated with key recommendations, some of which have already been passed on to non-politicized security entities and related parties – in Israel and the US.