THERE are moments in time when it is impossible to drive home the severity of the dangers at bay, most especially, to the “see no evil, hear no evil” citizenry – AKA the “monkey see, monkey do” crowd.

ADDED to the mix of the above blinded populace, it is safe to assume that a preponderance of others are busy navigating through their day-to-day routines, thus, they remain mute. But never mind, we all have obligations, including, associated pressures and challenges. Regardless, it is the sworn duty of each and every representative of “the people” to work towards keeping the nation safe – grandstanding notwithstanding. Period.

BUT in order to clear through the smoke and mirrors which passes for today’s American leadership (as they operate in tandem with the talking heads who support them), no amount of excuse-making dare be tolerated. Not only that, the threat from Islamism is deeply embedded within the body politic and every related sphere of influence. Therefore, to whatever degree possible, the average American (of majority age) must become involved.

IN fact, the danger has never been more acute, in so far that Islamic/Jihadi-laced tentacles are more entrenched than ever within Congress via Rashida Tlaib and Ilhan Omar – as they join a growing list of others inside Congress, all of whom are anti-American and antisemitic alike. In reality, the situation is so dire that even Saudi Islamists understand what’s what – vis-à-vis the entrance of two Muslimas into the epicenter of American hyper-power politics. O M G!

A Saudi news outlet writes a hit piece on the two new Muslim women elected to the U.S. Congress?

Al Arabiya makes its case by showing how the Democratic party’s quest to wrest control of Congress “led to an alliance with political Islamist movements … pushing Muslim candidates and women activists of immigrant minorities onto the electoral scene.”

The Saudi’s mortal enemy is Iran. There is no love lost in the kingdom for former President Obama and his Democratic cohorts for pushing Congress out of the way to make room for the controversial Iran nuclear deal, which deposited billions of dollars into the hands of the ayatollahs and helped foster their nefarious plans for regional hegemony in the Middle East.

The Saudis are equally threatened by the Muslim Brotherhood, whose quest for power over Middle East governments was beginning to be realized in the Arab Spring. The Brotherhood also enjoyed large support by the Obama administration, both in Egypt and by US-linked Brotherhood groups which were considered by the White House as their “top” outreach partners.

As the Saudi news outlet noted, “The common ground between Congresswomen Omar and Tlaib is that both are anti-Trump … especially his foreign policy starting from the sanctions on Iran to the isolation of the Muslim Brotherhood and all movements of political Islam.”

Al Arabiya considers the sponsorship and support received by the two Muslim candidates as a tactic employed by Islamists to infiltrate Congress through the immigrant and Black communities as well as through women’s groups, as represented by their prominent Islamist spokesperson, Linda Sarsour.

Al Arabiya calls Sarsour a “Palestinian American activist … with roots in Muslim Brotherhood and a member of the Council on American-Islamic Relations [CAIR].” The piece documents at length Sarsour’s ties to these and other Islamist and terrorists groups and causes.

Of course, the irony of the piece is ever present to those of us in the West who would first and foremost want to say to say to the Saudis: Get your own house in order first.

The sharia principles that rule the kingdom – which make women second class citizens and human rights non-existent, not to mention the lack of a democratic system of government — are, of course, not too different than the theocratic rule in Iran or the Muslim Brotherhood’s goal of establishing a worldwide caliphate.

The exportation of Saudi Arabia’s Wahhabist theology to mosques and madrassas worldwide has certainly contributed to as much global terrorism as that which has been sponsored by the mullahs running the Islamic Republic of Iran.

STILL yet, regardless of the Saudi’s “hit” piece and their own internal Islamism and support thereof, the facts are what they are re all of the above. Mind you, as per Sarsour, well, this Muslim Brotherhood expert couldn’t have been clearer as to her ties to the Brotherhood Mafia and HUSSEIN Obama! Indeed. Inextricable.

KNOW this too: none of the above could have come to pass without HUSSEIN Obama “softening” the way ala the highest tentacles within the nation. No ifs, ands, or buts about it.

MORE specifically, as excerpted (February 1, 2015) within “Obama Cooperates With The Grandson Of Muslim Brotherhood Founder, As Ramadan Exhorts: Colonizing US/Canada F/B/O Islam“, is it any wonder why the Islamist-in-Chief granted him a visa and embraces the Muslim Brotherhood Mafia?

“My bothers and sisters, we must exploit the so-called democracy and freedom of speech here in the West to reach our goals.

Our prophet Muhammad, peace be unto him and the Koran teach us that we must use every conceivable means to defeat the enemies of Allah.

Tell the infidels in public we respect your laws and your constitutions, which we Muslims believe that these are as worthless as the paper they are written on.

The only law we must respect and apply is the Shar’ia.”

CLEAR as a bell. But continue here with the less than six degrees nexus between the (former) Islamist/Marxist-In-Chief and the Brotherhood Mafia!

ALL of which circles back to real-time Jihadi threats via open borders and the socialist Demsters, many of whom are Islamic apologists alike.

SO, aside from years of verifiable Jihadi threats exacerbated by a fully porous southern border – highlighted here, here, here, here, here and throughout this site – the following urgent questions before the reader are interrelated and hyper-linked:

FOR added truth-telling, the above is not even a drop in the bucket, as per the underlying dangers from Islamic Jihadis within the homeland! In light of said real-time threats, how could it be that the Chairman of the House Foreign Affairs Committee, Rep. Eliot Engel, is shutting down the terrorism committee to create a “Trump Investigation Panel?” Asked and answered.

TRENCHANTLY, is this not an act of malfeasance to the highest degree, and of piece with the rest of the evidence? And, is this not a lock-step move to “resist” Trump at all costs (to implement their long-awaited socialist agenda), regardless of any and all threats to national security? If not, why not?

STILL yet, the worst is to come, but it is hardly unexpected. It is also more than a jaw-dropper. Hang on tight. Follow the money too.

OVER the years, drip by drip, this site’s U.S. sources (counter-terrorism/counter-Intel operatives) have referenced this and that re Pelosi and crew – as to why they are protecting the interests of Mexico to the detriment of America. Time and again, the “Arizona Mafia” was mentioned in a hyper-linked manner to the “Mexican Mafia!” You got that? So, when this detailed report/expose’ popped up via a Tea Party PAC, let’s just say that it mirrored – almost to a tee – years of references from this one and that one who operate inside Arizona and alongside its border states.

(Tea Party PAC) – Former Democrat and now Trump supporter Jeffrey Peterson unloaded on Democrats in an epic tweet storm this week, explaining the real reason that the Democrats will never build the wall.

He says they’re being paid off by Mexican cartels.

Peterson says he is a former Democrat who is one of many joining the #WalkAway movement, and that he now supports Trump.

He asserts that the Democrats will never give in to the wall, because they are being funded by the Mexican Mafia. He has connections to Arizona politics and says this is the primary reason Democrats are being so stubborn about funding the wall…read the whole mind-blowing/numbing report…..and don’t miss this hyper-link within….

{Memo to the aforementioned operatives: Guys, being that you all keep track of my site, high-fives all around!!}

MOST significantly, book after after book can be written about the betrayals from U.S. leadership, as well as the ongoing “successful” Jihadi attacks perpetrated upon America. This is so, particularly, since 9/11/01 – even though the “opening shot of Jihad on US soil ” began on November 5, 1990 with the assassination of Rabbi Meir Kahane at the Marriott Hotel in New York City. Not only that, there is a growing compendium of terror attacks which have been stopped in various stages of preparation, hence, they were “unsuccessful” – but not for a lack of trying! Mind you, while it is also the case that many Muslims live peaceful lives, the fact is that almost all terror attacks have been committed by Muslims, like it or not. Conversely, less than a drop in the bucket haven’t been. Hmm. 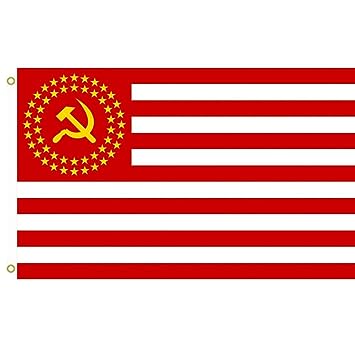 TO wit, a final pressing question remains: What will it take to convince the most mendacious Congressional leadership – who are aiming to transform the US into the “USSA”, the United Socialist States of America – in the nation’s history to seal the border(s) from Jihadi terrorists, that which dovetails with their true aspirations, that is, to bring down America? Indubitably, this highly valid prognosis is aside from countless murderers, traffickers (human and drug), and assorted criminals who have already crossed into the nation and wrecked terror and mayhem. Alas, how many heard about the illegal alien who was arrested last week on suspicion of committing 4 ! murders?

AND, so it goes. America, the greatest experiment in freedom the world has ever known, is doubly threatened – by the onslaught at the border(s) and by an equally determined anti-American leadership! 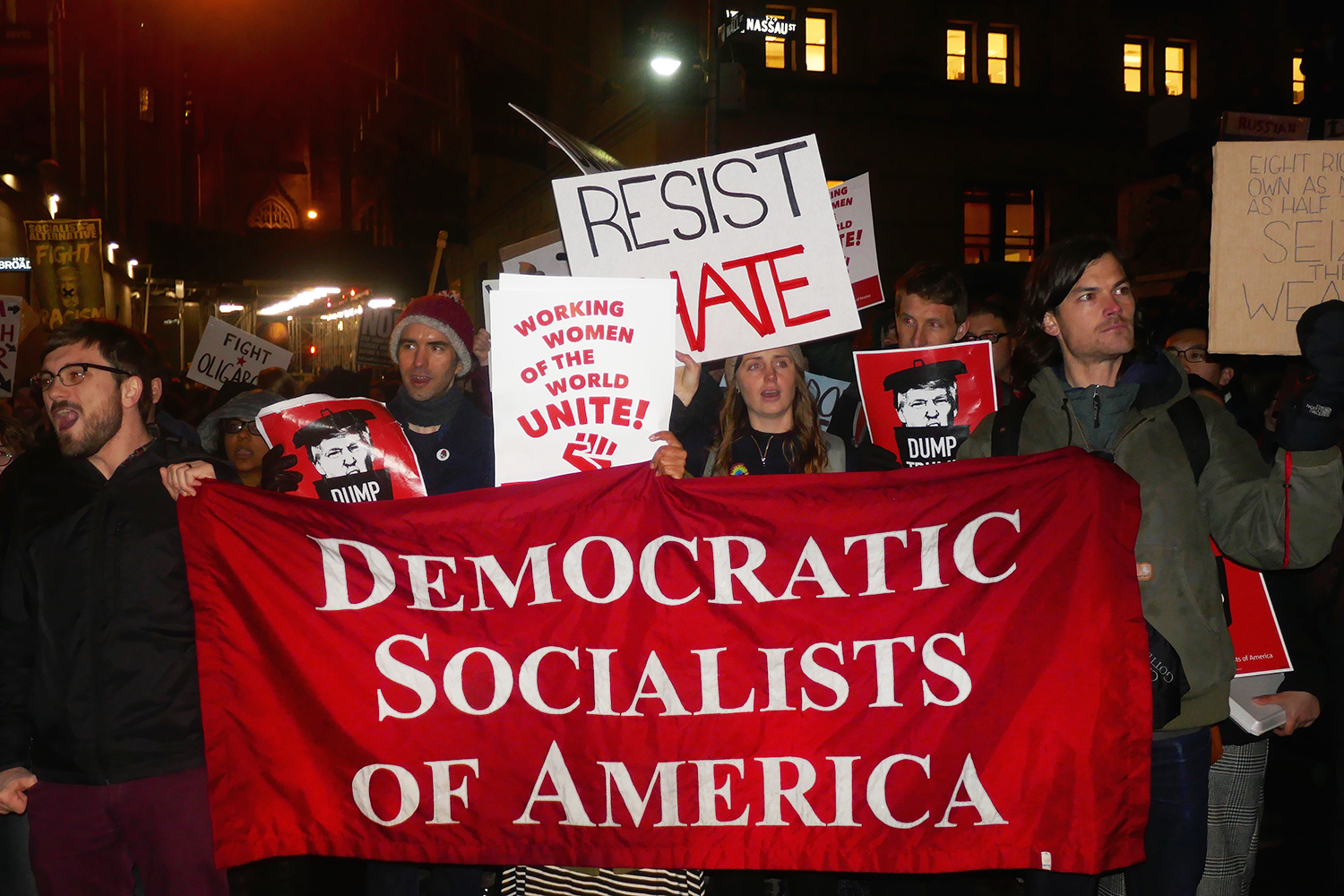 4 thoughts on “Real-Time Jihadi Threats To The American Homeland: What Will It Take To Drag Socialist-Driven (Paid Off) Dems To Seal The Entry Points? Commentary By Adina Kutnicki”