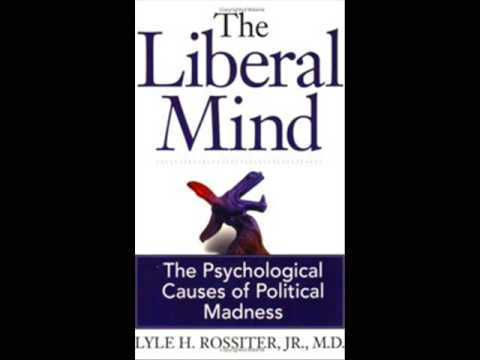 AS always, whenever it comes to exposing the sickness of fellow brethren, let’s just say a headache ensues. Sigh.
EVEN so, it is both an obligation and an act of love to forge ahead. This is because without said clarifying disinfectant, the damage they continuously wreck will remain indelible. Unthinkable. Unconscionable.

THAT being established, as of late, few are unaware of the increasingly irrational madness engulfing the illiberal left. Yes, so-called liberals have become synonymous with a particular sickness. A diseased mind. And it matters not a whit if one is Jewish, Christian, atheist, or what not. For the record, if one is male, female, gay, straight, or betwixt and between, the diagnosis is still the same. The same goes for one’s skin color, whether white, black, or any other hue. Sick is sick. You got that?

NOW that that is cleared up, still yet, as an American-Israeli, a special burden is placed upon these shoulders to expose the insidious effects of Jewish leftism, aka liberalism.

SUCH is the case for manifold reasons, but key and core are the knock-on effects said insanity has on the well-being of Israel, the Jewish homeland. So much so that more than one global interview covered this issue.

THUS, in the run-up to Israel’s March 2015 election, the following was noted within Can Israel Survive As The Jewish State?:

In the main, PM Netanyahu is best described as a “serial accommodator”, comparable to a badly battered wife who just can’t help herself from going back to her abuser, one last time, for more punishment. Now, others may tsk, tsk and opine: well, the POTUS is the big man in the arena, therefore, what can poor “Bibi” do but genuflect? Hogwash….continue reading….it gets worse.

AND especially when it comes to Israel’s leaders, many outsiders are shocked by said charge of spinelessness because they believe that tough guys are at the helm, if you will. In a pig’s eye.

IN reality, this investigative journalist has proven, in more ways than one, that the Jewish left not only rules Israel, but has a profound vise-grip on its decision-makers. Resultant, this is where the rubber meets the road, so to speak.

THEREFORE, what about the rest of the evidence? Moreover, what else is there to say? Plenty. But first things first. Onto (a few of) the proofs.

IN this regard, in mid 2012, right out of this site’s gate, guess what took center stage? Indeed, the question became: when does delusional thinking become a pathological illness? Alas, even after HUSSEIN stabbed Israel in the heart, more U.S. (liberal/left) Rabbis supported him in 2012, an uptick from 2008. What the hell is wrong with them? Liberalism.

AS always, the leftist media acts as a force multiplier. Concomitantly, Israel’s own resident lapdogs pile on via their dangerous twinning and sell-out of Jewish interests to Washington’s pro-Arab and Muslim camps. Nothing new under the sun.

ATOP the above sampling of proofs, know that this American-Israeli worked closely on various Duma-like railroading of Jewish rights, in so far as the nationalist sector is concerned. Beat-downs.

BUT if more proof of the same is required, so be it: yes, having worked alongside HONENU was more than an eye-opener! Peek inside the link, if you dare.

NEVER-ENDING, additional treachery can be found throughout these pages.Seek and you shall find.

TO wit, as soon as Duma’s fire-drama hit Israel’s airwaves, this American-Israeli understood what would reflexively go down. And it did.

AS if on orchestrated cue, Israel’s shameless leftist jackals (ranging from politicians, media blowhards, academics, social engineers from the legal sphere, and self-professed elitists from the cultural realm) sunk their teeth into certain right-wing activists within the “settlement” set and pronounced them: GUILTY, as charged! Mind you, fascist-like, due process never entered their smug, holier than thou consciousness. Resultant, as to evidence, what’s what and who’s who, well, they were not even akin to pesky details. Arrogantly, akin to a badge of honor, they wear a who the hell cares attitude. Requisite legalisms simply do not exist in their worldview. Ideology is über alles. Period.

CONSEQUENTIALLY, Duma-one year (and three arson attacks) later, hasn’t even given them pause to volte-face, nor even to apologize to those they gang-banged and tortured!

A year ago — almost to the day — on July 31, 2015, the entire country was horrified by reports of three members of the Dawabsheh family from the village of Duma being burnt to death in an arson attack on their home. Graffiti, in Hebrew script painted on the walls of the burnt out residence, led to the precipitous conclusion that the act was committed by “Jewish terrorists”. Since that deplorable attack, at least three more houses of the Dawabsheh clan have been torched –as were two prior to it–without any hint of involvement of “Jewish extremists.

But more on that later.

The ghastly tragedy ignited a flurry of self-righteous handwringing and sanctimonious self-recrimination across wide sections of Israeli society — and almost all sections of the mainstream media. In a stroke, all external threats to the nation faded into near insignificance. Attention was no longer focused on the looming specter of a nuclear Iran, or the threat of radical Islam pressing against the country’s beleaguered frontiers. Suddenly the existential threat facing Israel was that of “Jewish terror” — the “menace” of a few dozen, marginalized, scraggly youth that inhabit the desolate windswept hilltops of Judea-Samaria.

Without a shred of evidence to corroborate their accusations, journalist after journalist seemed to compete in the levels of acrimony in which they attacked the assumed perpetrators. With unquestioning confidence — as unequivocal as it was unsubstantiated–regarding the collective identity of the perpetrators, and the collective guilt of Israeli society at large for the heinous nature of the act, they launched into a savage frenzy of self-flagellation.

Thus, barely two days after the arson attack, in an astounding piece of rabid reverse racism entitled “We’re no better than our enemies,” Yediot Aharonot’s Sima Kadmon lamented: “…let no one say that this is a lone incident… Jewish terrorists are just the messengers; there is a well-oiled system of incitement behind them… it’s time to tell the truth, the heartbreaking but inevitable one: After a generation of right-wing rule, we have developed a race…[n]ot proud, not generous, but definitely cruel…”

In a flash, all distinction between Israelis and ISIS was erased.

Think I am exaggerating? Think again! Here is a sampling of the” anguished” soul-searching that became the fashionable journalistic ritual in the mainstream media.

On the very night of the dreadful crime, Ynet news’s Ron Ben Yishai had already solved the case. In “How to stop Jewish jihad,” he determined — definitively — “…this is religious-messianic terrorism, committed by people who view themselves as acting according to God’s true will. In simpler words – this is Jewish jihadism, identical in every detail to Islamic jihadism.”

In her previously mentioned piece, Sima Kadmon concurred in “agonized” agreement: “It’s over. If we thought it couldn’t happen among us, that we’re not like that, that Jews don’t do such things, that only they can murder children, go into houses and shoot a baby point blank, burn families, execute murderous terror – that’s it, it’s over. We are, we can and we do. Burn children alive, execute murderous, inhuman, incomprehensible terror. And no, we’re no better than them.”

And then there was the ever-egregious Gideon Levy, the every-day Judeophobe’s dream-come-true, who, a day after the tragedy, published in Haaretz a collective condemnation, headlined: “All Israelis are guilty of setting a Palestinian family on fire.” According to Levy: “Israelis stab gay people and burn children. There isn’t a shred of slander, the slightest degree of exaggeration, in this dry description…”

It did not take long for this barrage to bear bitter fruit. Panicked by the media assault, the political echelons and the security forces threw due process to the wind.

“Little but accusations of thought-crimes”?

Within days, administrative arrests were made. Meir Ettinger, Eviatar Slonim and Mordechai Meir were incarcerated without trial, reportedly on suspicion of involvement in the Duma arson.

The arrests were accompanied by ominous warnings of the impending perils to the nation, entailed in the nefarious deeds, both past and planned, of the detainees, who were held incommunicado for extended periods, without any specific charges being brought against them. Persistent rumors of the use of harsh interrogation techniques abounded — but no charges were ever brought.

One after the other, the detainees were eventually released — Meir in early January, Slonim in early February and Ettinger in June this year.

The case of Ettinger particularly reeks of needless mean-spiritedness. In April, in a ruling upheld by the Supreme Court, he was denied — after months in detention — permission to attend the circumcision ceremony (brit mila) of his newly born son. The grounds for the denial were that he still remained “a security threat to the public.” Yet barely a month later, it was announced that he would be released — without charge!

In a disturbing review of the Ettinger episode, Tablet’s Liel Leibovitz  wrote: “Having met with government officials as well as friends and family members, and having extensively reviewed Ettinger’s public and private writing alike, I’ve found plenty that might upset people who do not share his politics but nothing to suggest that the mystically-minded smiling young man had any concrete involvement whatsoever in planning or carrying out any concrete attacks against anyone.”

He added, damningly: “In fact, it is hard, reviewing the evidence, not to conclude that the charges against Ettinger amount to little else but accusations of thought-crimes.”…continue reading for the dastardly details….

MIND you, just like in all the trumped-up cases against national Zionists, even though the so-called perpetrators have all been released, the spectacle of incitement against them paid HUGE dividends. Truth be damned. In one fell swoop, regardless of innocence, they managed, once again, to paint a scarlet letter on nationalist Zionism in toto.

MAY all the inciters reap their comeuppance. Faster….faster….

SO it is with these insidious backgrounds in mind that the reader inches closer to the truth, as to how (and why) Jewish self-flagellation is a sickness unto itself. And it is with this understanding and knowledge base that one recognizes that the real danger to Israel comes from within its own belly.

OMINOUSLY, Israel’s (diaspora’s alike) leftists are prepared to sacrifice Jewish brothers and sisters from the “wrong” side of the ideological divide, nationalist Zionists, as well as the entire nation! Heaven forfend to those who stand in the way of their core religion –  liberalism.

YES, the manifest and dangerous delusions of a people under siege!

3 thoughts on “Jewish Self-Flagellation, Liberalism, A Sickness Unto Itself. Israel’s (Diaspora’s) Demented Left: A Case Study. Commentary By Adina Kutnicki”