IT is intrinsic to note that despite the overwhelming nature of the west’s nightmare due to Islam’s encirclement, yes, there is a “silver lining.” Effectively, the reds are placing themselves in an ever tightening noose due to their assistance to the greens, aka the red/green alliance. In other words, unlike millions of patriots, they really do believe that they will be left to their own devices, once the western order is overthrown in America and Europe. More specifically, many revolutionary leftists think they will emerge triumphant, that is, once Islamism “peters away” outside their traditional sphere of influence. Their twisted anti-American/western thinking is akin to this: Aligning with Islam will finally pave a path in the direction of their longed for quest; the destruction of the west, a re-ordering, with the reds finally exerting their hegemony. Hmm.

THAT being said, those who assist Islam’s bloody swathe across the globe will (deservedly) suffer much more than patriotic westerners who opposed them, regardless of this and that alliance. More than useful idiots. In a nutshell, unlike patriots, they will be blindsided once their usefulness is no longer required, and they will be unable to fire off any offensive or defensive shots. Dumb as oxen, though evil in the extreme.

BUT  despite said “positive” outcome, the fact remains that the danger to the west couldn’t be more acute, and this assessment is beyond an understatement. Imagine, words fail.

AS repeatedly demonstrated, a clash of civilizations is raging and there will be a winner and a loser. The overriding open question remains: Who will come out on top??

NOW, the following is more than food for thought, even though this site was a forerunner to said analysis, as will be proven:

G.M. Davis, an expert on Islam who directed the feature documentary “Islam: What the West Needs to Know” and authored “House of War: Islam’s Jihad Against the World,” praised the Republican front-runner’s strong stand against the Islamic invasion of Europe.

“At present, only Donald Trump seems willing to address the seriousness of the issues confronting the United States and Europe and the full implications of Islamic immigration into non-Islamic countries,” Davis told WND. “Whatever one makes of his delivery and tendency to personalize his criticisms, there is little denying that he grasps the big picture in a way that the other candidates do not or are too afraid to express.

“His recent comments to the European press over the dire situation in Europe where centers of Islamic power continue to send down roots and multiply, as well as the hysterical reaction on the part of much of Europe to his views, testifies both to Mr. Trump’s competence on the issue as well as the inability of the European establishment to come to grips with reality.”

Davis warned Americans they will not be spared from the crisis.

“All of what we are witnessing in Europe is in store for America if she does not adopt more sensible and restrictive immigration policies,” said Davis. “She must also realize her overseas campaigns to bring democracy to Islamic lands are futile and counter-productive. The only principle on which any sensible Western policy toward Islam can be based is one of containment, of realizing that Western and Islamic civilizations are best kept apart as much as possible.”

In response to reports of sexual assaults and other crimes by Muslim migrants, European governments, especially Germany, have cracked down on their own people rather than restricting immigration.

The German government is also working with American companies such as Facebook, Google and Twitter to eliminate any online speech criticizing the government’s refugee policy or refugees themselves that “crosses the line.”

“European governments are desperate to cover up criticism of Islam and the crimes of Muslim immigrants because they cut at the heart of their open-door policies,” said Davis. “The multicultural assumptions underpinning modern Europe are disintegrating before our eyes. To face facts would require them to rethink decades of self-destructive immigration laws as well as to confront the truly alarming reality of a growing, increasingly hostile Islamic minority in their midst, which they are entirely unequipped to handle.”

Davis predicted progressives will never turn against mass Islamic immigration, even though the resulting demographic changes will doom their own supposed values regarding issues such as homosexual rights and feminism.

“The true left-wingers cannot face the reality that Islam cares nothing for their blandishments about tolerance and acceptance, which they have used, of course, one-sidedly to denigrate and destroy traditional, Christian European culture,” Davis charged. “By insisting on ‘tolerating’ the growth of Islam in their cities, they have permitted a violent, intolerant and very political ideology to take root. Should it ever get the opportunity, it will utterly eradicate the easy-going moral atmosphere now prevalent in European society.”

SO it is towards this critical understanding of what it means for westerners to embrace those who are committed Muslims, that warning after warning blared from these pages to save America.

NOT only that, with proof that ISIS sent killer teams disguised as “refugees” into Europe – and has similar plans for America – and with a TOP ISIS leader already caught in Germany, America is on tap for exactly the same outcome. To wit, what’s to be done?

FIRST and foremost, regardless of the leadership’s mandates, each and every community must band together with a clear and convincing bullet proof (no pun intended) mission plan to save themselves without any reliance on the FEDS. Yes, they have betrayed the nation in the worst way under the orders of Barack HUSSEIN Obama. Think of said plans akin to the most successful community watch programs, but on a stepped-up basis to the nth degree. Mind you, all egos must be checked at the door. And folks who are comfortable (and have some experience) in leadership positions should divvy up the order of priorities. This is hardly an inconsequential factor. There are always leaders and followers, and team work is key and core. Know that one cannot operate successfully without the other’s cooperation. Don’t forget this.

BUT in order for Allah’s Muslim Terrorists to take patriots seriously they will have to clearly demonstrate what community (armed) muscle looks like. Thus, there is no better place to start than at their barracks, aka neighborhood mosques, and alongside “refugee” centers whether already set up or in the offing. Think of it as an “us or them” mentality and scenario – it is! Besides, would any rational patriot allow armed invaders – which committed Muslims are, and there is overwhelming evidence to support said effect, whether Muslim-American citizens, or those soon on the way via their “refugee” status path – to encircle their homes and communities without concerted push-back?? Same thing.

PATRIOTS must finally recognize that a “do or die” calculus is in the offing, and that the luxury of indecision is no longer an option. In reality, if the above is ignored, the notion of having the freedom to CHOOSE a complete separation from Islam will remain a pipe dream, that is, for those who even survive the onslaught! And the fact that rivers of blood are not yet running through America’s streets is just a “minor” detail, in so far as said carnage will erupt almost like a bolt out of the blue.

MOST significantly, there is little disagreement that Europe is on the brink of extinction as a western force, and much of it can be traced back to the Islamic hijrah into its borders by leaders infused with multi-culti fever and other suicidal decision making.

BE that as it may, as stated, America’s window of closure to turn back the tidal wave of Islam’s onslaught is fast approaching.

A considerable portion of U.S. domestic and foreign policy is based on the assumption that Islam in the U.S. will be different: that Muslims here believe differently from those elsewhere, and do not accept the doctrines of violence against and subjugation of unbelievers that have characterized Islam throughout its history. But on what is that assumption based? Nothing but wishful thinking. And future generations of non-Muslims will pay the price.

ACCORDINGLY, the freedom to battle back against the sword of Shariah Law is a “do or die” western moment in time. Historical.

INDEED, to expect another outcome is to agree to throw one’s lot in with Islam. Simple as that. 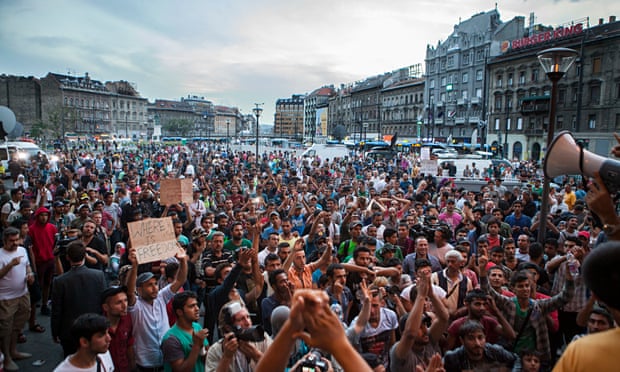 6 thoughts on “Islam’s War On The West Mandates A TOTAL Separation, A Kill Or Be Killed Calculus. How Many More Innocents Have to Die? Commentary By Adina Kutnicki”