EFFECTIVELY, the long-term mission of the red/green alliance is coming full circle, as it reaches fruition via the explosive invasion of third world Islamic “refugees“ into Europe, soon to blow back onto America. A White genocide. Wait and see. But don’t be distracted by the usage of the term via White supremacist groups, those who seek to “purify/cleanse” and create their own race war. Apples and oranges.

INTRINSICALLY, decimating national borders suits both sides, yet, the real “winners” are Muslims, the “greens.” Indubitably, they are stampeding the entire continent.

INHERENTLY, while said alliance was facilitated through initial “understandings” between multi-cultural obsessed elitists in Europe, in order to eliminate all borders (within North America as well, with leftist leaders cooperating through AGENDA 21 and UN bureaucrats), it wasn’t until the Euro-Arab Dialogue (in 1973) took hold that the stage was set for today’s border-smashing nightmare. Alas, a little over 40 years in the making; a drop in the historical bucket.

CONSEQUENTLY, while said collusion was initially conceived between France and Arab leaders to Islamise and Arabise Europe, thereby, severing its existing culture and undermining the so-called alignment with the U.S. and Israel, its blow back has taken on a life of its own. Golem-like. Sheesh, as is said, be careful what you wish for! 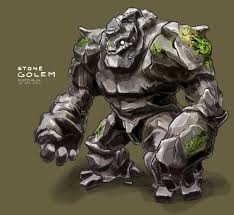 SO as Europe’s implosion explodes, its White citizens appear dumbfounded by its (seemingly) bolt out of the blue destructive swathe. Not so fast. As repeatedly stated, the fuse was lit through HUSSEIN Obama’s illegal war in Libya, but its underpinnings were set in Europe in the early 1970’s. 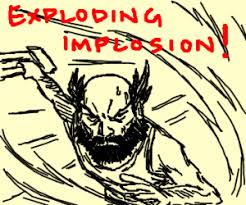 SIMILARLY, since the 1960’s, non-elected leftists, in tandem with elected counterparts, did more to bring down America than can be accurately calculated. However, the chief legislative kingmaker should be attributed to its rightful owner; Sen. Ted (Chappaquiddick) Kennedy. He was an avowed leftist, a booze hound, a womanizer, and a third world devotee. Anything else? Hmm, a typical limousine liberal (an over-indulgent elitist with comparable out-sized appetites), he set into motion today’s immigration crisis. From 1965 onward, his legislation revamped the entire immigration system, and its poisonous fruits are exploding as this is being written. Mind you, Teddie boy would be so proud of his handiwork!

AND it is through the above (American and European) footprints that a rapid gateway to White genocide (even though most have a hard time grasping said outcome) is opening.

NOW, this is not to say that overnight killing fields are on tap. But it is absolutely the (historical) case that when Allah’s monsters become the majority they slaughter non-Muslims, as well as Muslim apostates. Just look around at the littered body parts within the Mid East’s landscape, as well as inside parts of Africa. To a tee, they are killing fields. Absolutely, they are the “green” part of the deadly alliance.

INDUBITABLY, the “red” part doesn’t require much introduction, in so far as their capacity for slaughter. Heck, Billy boy Ayers is still dreaming about killing many millions who refuse to be “re-educated”, and they are mostly Whites who are non-leftists!

BUT not to be overlooked in the analysis, no doubt, the imprints of cultural Marxism should be considered front and center.

MOST resoundingly, when the leader of the so-called free world, an Islamist and cultural Marxist revolutionary, is in sync with “social justice” driven Pope Francis, well, a hellish nightmare (it is what it is) is likely on the horizon.

READERS, no offense intended to those who are devoted to the Vatican, but it can no longer be ignored that Pope Francis is more attached to “social justice” (leftist/socialist ideology) than he is to scriptural teachings.

In his speech to Congress on Thursday, Pope Francis once again demonstrated his pro-Marxist tendencies, hailing the work of Dorothy Day, an American convert to Catholicism who never renounced her pro-Marxist views but has been described by the media as just an activist for “social justice.” She was a founder of the Catholic Worker Movement and was the subject of a 581-page FBI file for her connections to communists and communist groups….continue reading…

RESULTANT, his affinity for Muslim “refugees” is not only misguided, but wildly dangerous. Besides, is Vatican City ready to absorb Allah’s followers, even a spare dozen?? Nope. As to fleeing Christians? Well, one ! family has been welcomed into their midst. Hmm….do as I say, not as I do, comes to mind.

It’s not quite a gift from God but, politically, it may be the next best thing.

President Obama increasingly is finding a key policy ally in the Vatican, with Pope Francis standing virtually shoulder to shoulder with the White House on income inequality and a historic diplomatic reboot with communist Cuba. The pontiff next year also appears poised to offer greater support to the president on climate change initiatives and reportedly wants to be a leading voice at a U.N. global warming summit next year, where the American president will make perhaps his greatest pitch to date for more dramatic action on the environment.

For Mr. Obama and fellow Democrats, aligning with Francis offers clear benefits in the short-term, as they are able to highlight agreement on controversial issues with one of the most respected figures on the planet.

But in the long-term, analysts say, Democrats may pay something of a political price.

To soothe American Catholics, who may have grown suspicious of the church’s partnership with a liberal White House, the pope in the coming months and years is likely to zero in on fundamental disagreements with the Democratic Party on issues such as abortion and religious liberty, said Joseph Prud’homme, a political science professor and the director of the Institute for the Study of Religion, Politics, and Culture at Washington College.

“I believe Francis will remind the faithful in his position as supreme pastor about what he has consistently said about life and religious liberty. I hope, and I expect, that he will, after these initiatives [on Cubaand climate change], remind the faithful of the unending position of the church with respect to the sanctity of human life, the importance of religious liberty,” Mr. Prud’homme said.

He added that Francis could create a deeper, almost irreparable rift between the church and the Democratic Party and create further headaches for liberal Catholics in electoral politics unless the Democratic Party “changes and recalibrates its center of gravity away from these issues which, from the position of the church, represent grave and serious moral error.”

While abortion and other moral issues represent a philosophical chasm between the Catholic Church and the Democratic Party, the past several years have proved the two can work together.

The White House praised the pope this month for playing a critical role in a landmark deal with Cuba, one in which the U.S. will re-establish formal diplomatic ties and open an embassy in Havana for the first time in more than five decades

Francis invited administration officials and representatives of Cuban President Raul Castro’s government to the Vatican for a series of meetings this fall. The first Latin American pope also sent letters to Mr. Obama and Mr. Castro, urging the two leaders to change course and end the isolation of the past 50 years.

“He played a very important role,” Mr. Obama said of the pontiff in an interview with ABC News this month. “The pope doesn’t wield armies. He can’t impose sanctions. But he can speak with great moral authority, and it makes a difference. And it certainly made a difference in this case.”

In a Dec. 17 statement, Francis welcomed the normalization of relations, and the White House circulated his words to members of the media.

The Vatican has long been critical of U.S. sanctions against Cuba. Pope John Paul II — one of the few world leaders to have been received by longtime strongman Fidel Castro in a business suit rather than fatigues — called the embargo an “oppressive, unjust and ethically unacceptable” burden on the poor during a pilgrimage to Cuba.

The pope also has become one of the Democrats’ biggest allies on income inequality, which Mr. Obama has cast as perhaps the biggest challenge facing the U.S. economy today.

“Some people continue to defend trickle-down theories, which assume that economic growth, encouraged by a free market, will inevitably succeed in bringing about greater justice and inclusiveness in the world,” he said. “This opinion, which has never been confirmed by the facts, expresses a crude and naive trust in the goodness of those wielding economic power and in the sacralized workings of the prevailing economic system.”

High-profile Democrats, such as Sen. Richard J. Durbin of Illinois, cited the pope’s words when arguing for more government spending on programs to aid low-income Americans and to shrink the wage gap between the rich and the poor.

“Those of us in America should pay heed” to the pontiff’s words, he said after Francis’ comments on income inequality.

Moving forward, the pope may become one of Mr. Obama’s greatest allies on climate change, described by the president as one of his top priorities in his final two years in office.

Mr. Obama already has struck a historic climate accord with China, begun to impose harsher carbon emissions restrictions on U.S. power plants and taken other steps to curb climate change. He is expected to call for even greater action during a U.N. climate summit in September, and Francis looks ready to do the same….continue reading… 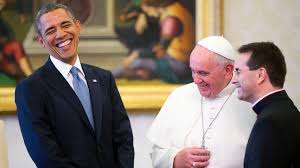 (By aligning with Pope Francis, President Obama can highlight agreement on issues with one of the world’s most respected figures.)

BOTTOM LINE: Whether they are in America or Europe, rest assured, the radical left is totally behind their Islamic counterparts, in so far as upending the White majority in their respective countries.

WITH the above in sync, what can go wrong? Have mercy…Whites are in their cross hairs, even though left unspoken!! 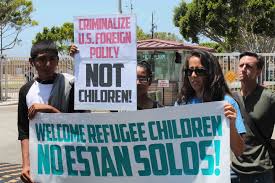 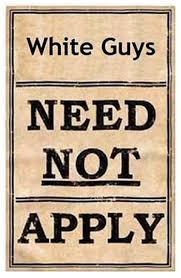 13 thoughts on “Leftist Traitors Facilitating White Genocide Via “Refugees”: Whites Becoming Minority In US & Europe. How Did This Happen? Commentary By Adina Kutnicki”