CONTINUOUSLY, akin to the beating of never-ending war drums, this (acknowledged) Muslim Brotherhood expert blares one alarm bell after another – re this and that Brotherhood Mafia tentacled hydra. Headache-inducing. Dizzying. A vicious cycle.

OCTOPUS-like, their many appendages wrap around the nation. Still yet, two remain prominent. Super-stars.

AS it happens, CAIR (the MB’s/Hamas’ propaganda arm) and the Muslim Student Association (A/K/A MSA, a very powerful Brotherhood front across U.S. and Canadian campuses) qualify as “stand-outs.” To wit, they warrant the utmost (no bullsh*t) scrutiny.

BUT before we head to the latest MSA Jihadi, it is imperative to remind readers of this expert’s recent (February 1, 2018) analysis, “Trends/Adaptations In Jihadi Tactics: Intel Overview” because it targeted this very danger!

As promised, fresh from today’s action, a generalized overview of the Tel Aviv-based “Invite-Only” Intelligence Conference (9:30 -12:30 PM) can be found below. Again, it is forbidden (and for more than good reason) to reveal specifics – relative to Intel shared within the contours of my consultancy and elsewhere. Even so, my task is akin to a high-wire balancing act – never mind that I am hardly fond of heights!

Effectively, the upshot revolves around updates in “trends and concomitant adaptions” utilized by Muhammedans, sans giving away operational methods and tactics. Hmm.

That said, a backdrop to my arrival at the conference is in order, even before presenting its bullet points. Ergo, even though I am very experienced in this domain, I was shocked by the security precautions implemented to ensure its privacy, as well as the safety of attendees. While security, for the most part, is taken seriously in Israel, normally, an Intel conference would merit all due consideration. On the other hand, my thought process became: Since the public is kept in the dark re this privately-held Homeland Security entity – consequentially, its physical address and players remain “in the shadows” – therefore, basic measures should suffice. Not so fast. A “sanitized” perimeter was part of the security protocol. This is all well and good. Enough said.

Onto the generalized overview….

Most significantly, each Jihadi expert in attendance mirrored the same: As a starting point, unless President Trump – as the leader of the free world – declares the Muslim Brotherhood a terror organization (per Congressional Act S.68, currently, languishing in limbo), Jihad, on every level, will march on unopposed…… – https://www.youtube.com/watch?v=VjizRaXMwsk

WITH all due urgency, patriots must absorb the following Jihadi’s plot against America, and juxtapose it against the above cited Intel report. In other words, MSA’s Muhanad Mahmoud al Farekh had every intention of exploding stateside, once his overseas al-Qaeda mission was complete! It goes without saying, Canada was in his (and co-conspirators) cross-hairs too. 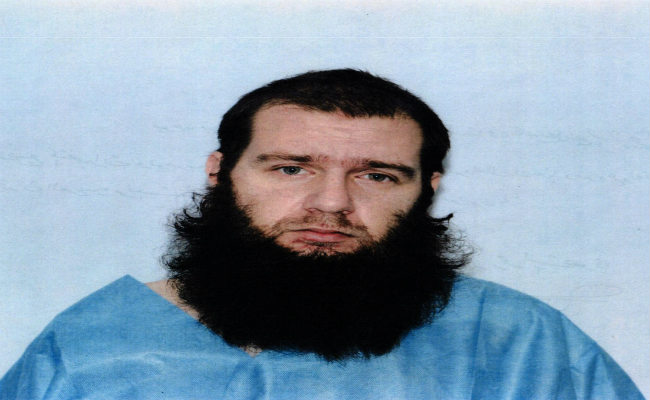 Muhanad Mahmoud al Farekh, 32, of Houston, was sentenced today to 45 years following his Sept. 29, 2017 trial conviction of multiple offenses covering seven years of terrorist conduct, including conspiracy to murder American military personnel in Afghanistan, conspiracy to use a weapon of mass destruction, conspiracy to bomb a government facility and providing material support to al-Qaeda.

“With the sentence handed down today, al Qaeda terrorist Muhanad Mahmoud Al Farekh is being held accountable for his crimes.  Farekh – an American citizen – traveled overseas, joined al Qaeda, and conspired to kill Americans, including through an attack using explosive devices on a U.S. military installation in Afghanistan in 2009,” said Assistant Attorney General Demers.

“Farekh, a citizen of this country, turned his back on America by joining al-Qaeda and trying to kill American soldiers in a bomb attack on a U.S. military base in Afghanistan.” stated United States Attorney Donoghue.

As proven at trial, in March 2007, Farekh and two co-conspirators, all of whom were students at the University of Manitoba, departed Canada for Pakistan with the intention of fighting against American forces overseas.  Before traveling overseas, Farekh and his co-conspirators watched video recordings encouraging violent jihad, listened to jihadist lectures by now-deceased al-Qaeda in the Arabian Peninsula leader Anwar al-Awlaqi, and came to embrace a violent, extremist view of Islam.

Farekh and his co-conspirators traveled to the Federally Administered Tribal Areas of Pakistan, an area in the northern part of Pakistan that borders Afghanistan and is home to al-Qaeda’s base of operations, where they joined and received training from al-Qaeda.  Taking advantage of his familiarity with the West, Farekh became a member of, and ultimately ascended to, a leadership role within al-Qaeda’s external operations group, which specialized in planning and executing attacks against the U.S. and its Western allies.

In January 2009, Farekh helped to build a vehicle-borne, improvised explosive device (VBIED) that was used in an attack on Forward Operating Base Chapman (FOB Chapman), a U.S. military installation that served as the base for the U.S. Provincial Reconstruction Team in Khost, Afghanistan.  On January 19, 2009, two explosives-laden vehicles approached the fence line of FOB Chapman.  At the gate, the first vehicle, a pickup-sized truck, exploded after its operator detonated the VBIED.  The second vehicle, a truck that was carrying approximately 7,500 pounds of explosives, became stuck in the blast crater caused by the first explosion.  The driver abandoned his vehicle without detonating the VBIED, and was shot and killed by local security personnel.  The initial detonation of the first vehicle injured one U.S. serviceman and numerous Afghan nationals.  Forensic technicians recovered 18 latent fingerprints that were determined to be a match to Farekh from adhesive packing tape used to bind together the explosive materials of the second, undetonated VBIED.

Al Farekh was born in Houston and grew up in Dubai. According to the US Attorney’s Office, he attended the University of Manitoba in Canada between 2005 and 2007, and there became friends with co-conspirators — and later fellow al Qaeda members — Ferid Imam and Maiwand Yar.

What did the terror-trio do at the University of Manitoba? As noted at the time of his arrest, al Farekh joined the jihadi-spawning Muslim Student Association (MSA) – click to read list:

Two other individuals went with Muhanad Mahmoud Al Farekh to train with Al Qaeda in Pakistan in 2007. All three were former leaders of the Muslim Students Association at the University of Manitoba. Al Farekh and Maiwand Yar are identified as such on the MSA Manitoba 2005-2006 Executive Body webpage. In 2010, the third individual, Ferid Imam, was identified as a former MSA Manitoba president by another former president of the association, Shariq Kidwai

MIND you, the above Intel report not only targeted the MSA as a clear and present danger, but emphasized that the origin of this or that Muhammedan is inconsequential. Again, ” In other words, its underbelly often accompanies a “normalized” facade, irrespective of whether it belongs to a male or female; a MBY (Muslim By Birth); a convert; a home-grown Muhammedan; an immigrant/refugee, or any hybrid thereof. The point being, this list includes all those who have “submitted to the will of Allah.”

AS repeatedly warned, it has never been more urgent for President Trump to sign into law Congressional Act S.68, finally, designating the Brotherhood Mafia (the titular head of global Islamic Jihad) a terror organization. By this very nation-saving action, it would place a stake in the heart of the MSA, CAIR, and each and every Brotherhood hydra!

KNOW this: When those of us who operate in the filthy Jihadi muck issue clarion calls, patriots (and non-comatose leaders) would be well advised to pay heed. If not, the inevitable consequences will be unthinkable. Guaranteed.

2 thoughts on “Muslim Student Association Plots JIHAD,Yet,Thrives On U.S. (& Canadian) Campuses! What Will It Take To EXPEL MSA? Commentary By Adina Kutnicki”