DESPITE all the chest-thumping and denials to the contrary from western poohbahs that they are NOT bowing to Islam, well, some of us know better and recognize what’s what. Who’s on first. 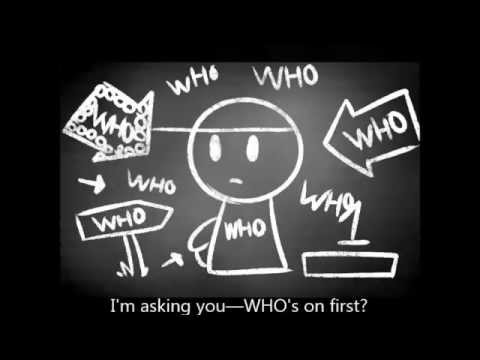 MORE specifically, when America’s so-called freethinkers bristle at such a notion, claiming, they are merely being “inclusive” – you know, the multicultural clap trap and catch-all mantra –  the fact remains that it is more than dangerous nonsense. And for those who tsk, tsk at the idea of non-Muslims submitting to Islamic dictates without being the wiser, it doesn’t change the damnable facts at hand. Screwed is screwed.

BUT while it would take another book to catalog the massive amount of evidentiary proofs attesting to the same, time is of the essence. Even so, there are two particular trails (among enumerable) within these pages which are more than substantive in basis, that is, highlights of America’s submission. In other words, indeed, Americans are falling under the boot of Islam, even without uttering the actual “Shahada” – the Muslim profession of faith. Testimony.

There is no god but God. Muhammad is the messenger of God.

Incontestably, the next generation of kiddies (throughout the public school system, no less, where religion is supposed to be left at the educational door) are being groomed and indoctrinated to embrace Islam, therefore, it is way past time to face facts – at least, one would think so. Besides, the truth couldn’t be any starker.

And even though many are familiar with Common Core, countless fail to understand what its insidious underbelly really entails and where its roots lie – the “introduction” of Islam as the “path” forward! So consider the following as a core exhibit:

But if the above is not enough to make patriots white-hot with rage, there’s more.Yes, the adults are faring just as badly as the kiddies! After all, what could be worse than the silencing of non-Muslims via Sharia Law’s dictate of Blasphemy – “insulting” Islam or “prophet” Muhammad, one thrust at a time, and in the (heretofore) “land of the free and the home of the brave!”

MOVING right along, once again, Minnesotastan enters the fray. But before we proceed, know that it is hardly a one-off state which is infected to the max. Not by a long shot. In reality, U.S. appeasers – hiding behind the Islamist curtain – are being coached by CAIR, the Brotherhood Mafia’s propaganda mouthpieces. Indubitably, their tentacles are spread throughout the nation.

IN this regard, how many are familiar with the cold-blooded murder of Justine Damond, an Australian tourist, on July 15, 2017? In a nutshell, she was gunned down by a Somali “diversity hire” with the Minneapolis PD while reporting a potential crime! Un-freakin’-believable!

NOT only that, it is imperative to internalize: the infestation within every level of officialdom is so tilted towards shielding “all things” related to Islam, non-Muslim citizens must finally recognize the facts at hand. To wit, law enforcement in general, and leadership in specific (be it within city, county, state, or federal jurisdictions), do NOT have your backs. Memo to “infidels”: you are on your own! Forewarned: lock and load.

Sharia-compliant police in Minneapolis have removed a candlelit memorial for Justine Damond, an unarmed, innocent Australian woman who was shot dead by a Minneapolis Somali Muslim cop, Mohamed Noor, after discovering the shrine was placed by  patriotic anti-Islamization group called Identity Europa.  Identity Evropa said it made the memorial to Damond after a prosecutor decided there was not enough evidence to bring charges, despite the testimony of the Somali cop’s partner who was in the driver’s seat across which Noor fired his gun, killing Damond.

Identity Europa is American offshoot of the rapidly growing ‘Generation Identity’ and ‘Defend Europa’ anti-Islamization groups, and slandered as white supremacists both in Europe and now in Muslim-infested Minneapolis.

The group said they erected the shrine at the precinct because it was where Minneapolis Police Officer Mohamed Noor, who allegedly shot Damond, was assigned. “One family will be having an incomplete Christmas this year,“the group posted on Twitter.

By Saturday, the memorial was reportedly vandalised, with the roses and signs missing. On Sunday, Minneapolis Mayor-elect Jacob Frey released a statement, condemning the group “in the strongest possible terms.”

“The action taken this weekend outside the 5th Precinct was cowardly and disgusting,” Frey said, according to KSTP. “Identity Evropa and those who share their values have no place in our city. Hate has no place in Minneapolis. Period.”

The California-based Identity Europa said that said they set up the shrine after “a judge recently decided not to charge” Noor, who they labeled as a “Somali-born killer.”

Earlier this month, members of the advocacy group “Justice 4 Jamar,” secretly recorded Hennepin County attorney Mike Freeman telling them that that he did not have enough evidence to file charges against Noor five months after the shooting.

Earlier this month, Damond’s devastated father questioned the integrity and completeness of the probe into his daughter’s death after the case’s chief prosecutor was shown on camera to be highly critical of investigators.

YOU got that?? Even the Minneapolis Mayor-elect Jacob Frey released a statement, condemning the (patriotic) group “in the strongest possible terms”, knowing full well that he doesn’t have a snowball chance in hell of being elected, that is, if he doesn’t toe the Islamist line!

MOST significantly, U.S. leaders, with law enforcement in tow, are protecting the cult of Islam at the expense of the safety of the nation. Mind you, it is not as if Muhammedans operate out of plain view, even when it comes to the kiddies. Consider:

WITHOUT any sugarcoating, did you know there are many kiddies across the Islamic world – and inside the west alike – who are grooming to be “beheaders?” Pray tell, what parent(s) wouldn’t be proud to have a son/daughter proficient in the “art” of decapitation – execution-style? But never mind. Alas, relax. Stop obsessing, fretting, and, yes, dreaming about your little one growing up to become a doctor, a lawyer, an accountant, or (a personal favorite) an engineer. After all, there’s a new “vocation” to add to your parental wish list – head chopper! Moreover, think of all the mega bucks in tuition you will save, if you just switch your priorities Allah-ward!

Amid cries of ‘Allah o Akbar’ (god is great), a young boy, barely 12 years old, lifts his machete and strikes at his victim who is lying on the ground, all tied up for the kill.