THE main challenge facing westerners lies within identifying – to a greater than lesser degree – the physical attributes and mannerisms of Jihadis, of course, before they strike. Mind you, said preemptive measure is inclusive of both sexes alike; a “feminist” equalizer like none other! Alas, the oh so taboo topic of profiling enters the equation. Pinpointing.

BUT prior to this life-saving discussion, know that the reds (fascist-leftists) and greens (Muhammedans) will scream to the high heavens, while wagging their fingers in this direction: Adina Kutnicki is “Islamophobic” – which is, btw, a made up out of whole cloth so-called “phobia.” Basically, it was invented as a propaganda device by Iranian fundamentalists at the end of the 1970’s….yes, Iran’s manipulative weapon, to be unleashed through their Islamic revolution! No matter. Just consider their lies to be nothing more than a distraction via jibber jabber, if even that – in one (deaf) ear and out the other.

NOW that we got that weaponized truth straightened out, let’s head to the mission at hand. First and foremost, it is Islamic doctrine which mandates Jihad and the killing of infidels – without which the world cannot be fully submitted to the boot of Islam. Indeed, it sounds fantastical to western sensibilities, but it must be understood that Muhammedans take the dictates of the “prophet” Muhammad, a madman, as gospel! They live and die by his words.

(The “All-American” graduate of the Marine Corps, prior to his conversion to Islam!)

(Juxtapose both pics, and recognize what converting to Islam involves. Take note of his finger salute…no, it is not the middle finger FU appendage, it is an ISIS identifier!)

IN this regard, while a preponderance of Islamists can be identified by a particular garb and demeanor – within both sexes – the fact remains that countless fly under the radar, with many westerners insisting: Well, they must be “moderate” followers of Islam, after all, they don’t look fanatic! Hogwash. If one is a true believer, one cannot have one foot in and the other out, otherwise one is deemed an apostate. Incontrovertibly, Islam is all encompassing, and that is that. There is no concept of “live and let live” in Islam.

SO, in reality, not unlike al-Qaeda’s fellow Jihadis who brought down the Twin Towers, ISIS (Islamist leaders overall) has urged soldiers for Allah to “blend in.” In fact, each and every violation of Sharia Law will be forgiven (and rewarded in “paradise”) in sacrifice of the “highest” cause of all; the spread of Islam throughout Dar al-Harb, territory of war!

The booklet, called Safety and Security Guidelines for Lone Wolf Mujahideen, offers a chilling insight into the levels of preparation expected of those wishing to cause carnage in Europe.

The 58-page terror manual, which has burning western-style buildings on the front cover, gushes about the importance of surprise when launching an attack to cause maximum impact.

It urges home-grown terrorists to carry out attacks as they are less likely to be noticed.

It also explains how nightclubs, full of loud music and drunk people, are the perfect place to discuss terror plans without being recorded or snooped on.

The main thrust of the instruction booklet is the necessity to blend in with the western way of life and to avoid ‘looking like a Muslim’ so as to stay below the radar of the security services.

It has even been translated into English for those in the West who don’t speak Arabic.

The introduction says: “No doubt that today, at the era of the lone wolves, brothers in the West need to know some important things about safety in order to ensure success in their operations.

“We thought a lot of non-Arabic speaking brothers would find it interesting and may apply it in their blessed operations.”

Readers are urged to wear a Christian cross, splash on the aftershave, cut off beards and even shun prayer meetings and mosques to avoid detection.

There is even advice about what jewellery to wear and on which hand to wear a watch.

Potential terrorists are told: “If you can avoid having a beard, wearing qamis, using miswak and having a booklet of dhikr with you, it’s better.

“It is permissible for you to wear a necklace showing a Christian cross.

“As you know, Christians – or even atheist Westerners with Christian background – wear crosses on their necklaces.

“But don’t wear a cross necklace if you have a Muslim name on your passport, as that may look strange….. 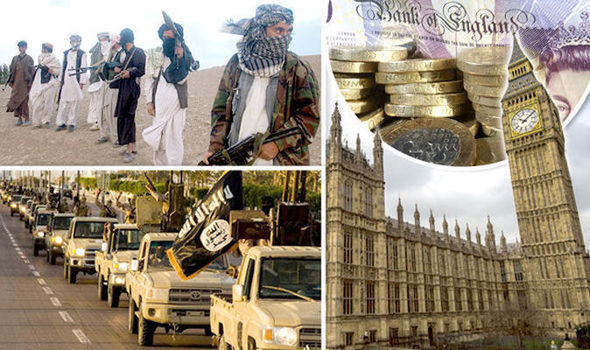 CONCOMITANTLY, Islam must be declassified from a religion, per se, and replaced where it belongs, that is, as a political construct. By extrapolation, it should not be protected and shielded by the Constitutional mandate of freedom of religion.

POLITICAL ISLAM = the CULT of ISLAM!

{re-blogged at TheHomelandSecurityNetwork} click on “Archives”, dated Dec. 28, 2017 to read

2 thoughts on “Islamic Doctrine Fuels Jihad: Muslims By Birth & Converts, One & The Same – Facebook In The Fray! Commentary By Adina Kutnicki”