WHILE it may be impolitic to state this and that, restrictions along said PC terrain are neither here nor there at this site. In the long-term, rest assured, that’s a good thing.

THE fact of the matter is that many westerners view the continuous slaughter of Jews – wherever they may be – with a too damn bad, and who the hell cares, attitude. Even more so, when it comes to their “slicing and dicing” in Israel ala knife-jihad and other jihadi attacks, well, let’s just say the reaction is even more ho-hum, along the line: what did they do to “deserve”, to “inflame”, such murderous rage? O RLY? 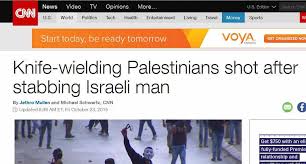 AS reported countless times, the following excerpt, “Israel on Fire….” Oct. 13, 2015, is emblematic of the same:

MOST are well aware of the latest round of militant jihad waged against Israel’s Jews by an increasingly Islamist-inspired Arab Israeli population. Indeed, this is a FULL BLOWN 3rd intifada. Indubitably, they are operating in league with their “Palestinian” brothers and sisters. Yes, there is much onus to go around, and Israel’s lame-ass political leaders are hardly blameless, that’s for sure, for refusing to bring them to heel with a devastating knock-out blow.

SIGNIFICANTLY, this investigative journalist has repeatedly warned fellow Israeli Zionists of this moment in time, whereby the fifth column would OPENLY (instead of via underground support, their heretofore main modus operandi) execute jihad. This clarion call was emphasized in one global interview after another…one commentary after another. Demonstrably, the intent was to highlight the government’s abject failure to decisively deal with Israel’s internal fifth column, relative to their increasingly self-identification with Islamic jihad and concomitant mandates to kill Jews.

(In Arabic: For Palestinians, Conflict With Jews Is Existential in Nature)

Quran (8:12) – “I will cast terror into the hearts of those who disbelieve. Therefore strike off their heads and strike off every fingertip of them”…one of many….

MORE specifically, the following was noted last week – and it bears hammering – due to the continuous flow of Jewish blood in the streets:

PM Netanyahu is being asked in an interview: How do you want your premiership/leadership to be remembered? He intones: As the watcher, faithful, to Israel’s security!

AS is known, he has been an abject failure – security-wise!…..continue reading….

NOW, if this American-Israeli wasn’t such a realistic sort, it would be easy to “return the favor”, that is, flip others the bird when on the receiving end of the SAME jihad by Allah’s Muslim terrorists! Indeed, payback is a bitch. Right?
ALAS, such is not the case, unless the recipients are fellow militant Islamic jihadists, as they duke it out for hegemonic rule. Let them kill each other off….faster….faster. Yes, who the hell cares.

THAT being said, the following building blocks are where the ingrained asset of realism factors in, as the “bigger picture” is seen for what it is. Patience, dear readers.

INHERENTLY, realistically speaking, when it comes to Allah’s Muslim terrorists, the fact remains that slaughtering Jews has, from time immemorial, been their shared commitment to pagan moon-god Allah. This site gets that. But do others internalize the saying: what starts with the Jews never ends with the Jews? If not, time to catch up to speed.

In three instances (Suras 2:65, 5:60, and 7:166), the Quran tells of Allah turning Jews into apes and/or pigs….hence, their dehumanization and slaughtering!

Sura 2:65 “And you had already known about those who transgressed among you concerning the sabbath, and We said to them, ‘Be apes, despised.’”
Sura 7:166 “So when they were insolent about that which they had been forbidden, We said to them, ‘Be apes, despised.’”
Sura 5:60 “Say, ‘Shall I inform you of [what is] worse than that as penalty from Allah? [It is that of] those (i.e., the Jews) whom Allah has cursed and with whom He became angry and made of them apes and pigs and slaves of Taghut. Those are worse in position and further astray from the sound way.’”

SO as hard as it is to absorb the callous indifference of too many non-Jewish westerners (indeed, it is painfully obvious that self-hating Jews are equally callous toward their own), in regard to the continuous flow of Jewish blood in Israel, it must be done – at least for the time being. Why?

SIMPLY put, it is thoroughly understood that the west, America in particular, is in grave danger due to the same militant Islamic jihadists. And even though Christians have long been in their cross hairs, their unremitting slaughter throughout the Mid East and Africa is largely ignored by Christian counterparts throughout the west. How can this be? Not only that, in so far that its knock-on effects have no fixed time, place, or boundary, isn’t that enough of a motive to jump on board the counter-jihad fight? Hey, is anyone home, listening??

BUT even if countless prefer to continue as is, to see no Islamic evil, hear no Islamic evil, well, said immoral blindness won’t be tolerable for much longer. As a matter of fact, now that the same militant Islamic jihadists have perfected knife-jihad on Jews in Israel, their laboratory, fellow terrorists for Allah, ape-like, are wielding their sharpened weapons in America and Europe! By the by, other jihadi tactics will soon follow, thus, think – IUD’s!

WHO recalls a previous commentary (Nov. 2015), warning-like, relative to the commencement of knife-jihad in America, California style?

AND lo and behold, Munich is receiving their end of the sword, and few should claim shock…shock…

One person has been killed and at least 3 injured in a knife attack by a suspected Muslim terrorist at a railway station near Munich. The suspect shouted “Allahu Akbar as he started stabbing passers-by in the town of Grafing, to the south-east of the German city, the Süddeutsche Zeitung reported.

But as we soon will hear: “It has nothing to do with Islam” 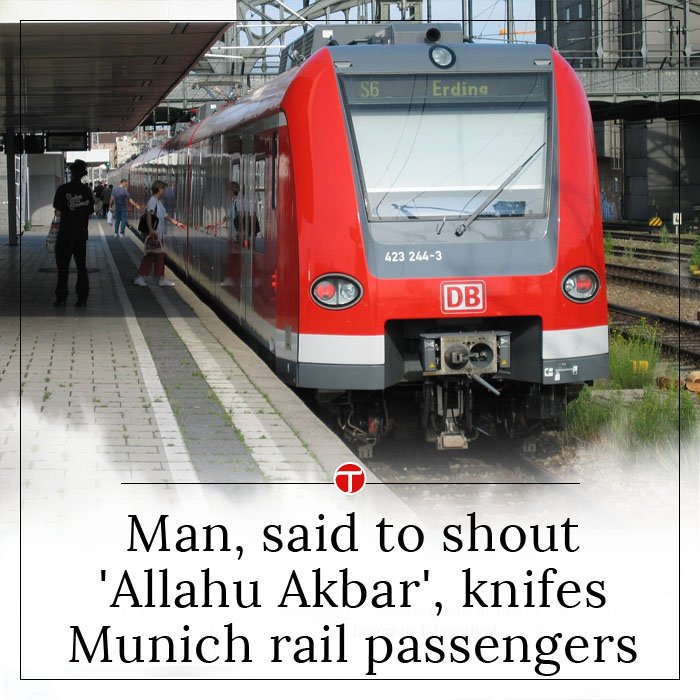 Conflicting media reports identified the attacker both as an asylum seeker and a radicalized German-born young man who converted to Islam.

The attack took place at around 4.50 am on Tuesday and the suspected perpetrator was arrested shortly afterwards. A spokesperson at the Bavarian state criminal investigation office told The Independent one of the victims was in a critical condition and died later in hospital.

Three other men were injured, one seriously. The spokesperson said she could not confirm whether the attack was terror-related or give information on any suspected motive. (Well, DUH!)

The lead investigator for the Bavarian state police, Lothar Köhler, told reporters on Tuesday afternoon that after initial questioning of the suspect, whom the authorities did not identify, officials had no “compelling evidence or plausible conclusions” as to a motive (Seriously?).

“We have no indication that he had any contact to Islamic or Salafist groups, individuals or organizations,” Mr. Köhler said. The investigator confirmed that witnesses had heard the attacker shouting “Allahu akbar”  and, in German, “You infidels must die,” but as the context emerged, the attack seemed less and less likely to be motivated by extremism (No, not extremism, ISLAMIC terrorism).

WHICH brings us that much closer to the assertion: that which starts with the Jews (in Israel and elsewhere) never ends with the Jews, as knife-jihad jumps from Israel, to America, to Europe, and up and down the west’s sphere.

INDEED, it is not for nothing that Israel has long been considered the place for law enforcement and counter-terrorism professionals to congregate for “lessons learned”, relative to “best practices” in dealing with Islamic terror. For the record, one such central gathering place is the world-renowned International Institute For Counter-Terrorism (ICT). As an aside, some of this site’s contacts are associated therein, but never mind. Incontestably, the west’s “laboratory”!!