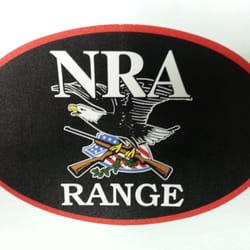 FULL DISCLOSURE: regular readers can’t help but notice that this American-Israeli often uses the term patriot. It is hardly incidental. However, those newly on board have yet to realize its basis and centrality. No matter, in due course it will become obvious.

NOT only that, whenever the hotter than hot jihadi situation in Israel is brought to the fore from this site’s Zionist perspective, well, the term nationalist is prefaced as a qualifier. Again, it is not for nothing.

AS always, it is imperative to let the truth pop to the fore, come what may. And it is not lost in this direction that one places a bulls-eye on ones back, especially when admitting to being a Conservative American patriot AND a nationalist right-wing Zionist. Yes, a double taboo.

BOO hoo to all those who are duly “offended”, not to mention riled up.

THAT on the table – after all the heavy-lifting at these pages – it is more than heartening to know that (some) housed within my two national hearts – America and Israel – are jumping on board the counter-jihad train. Understood, while not necessarily in the “hunting and digging” realm, they stand ready to take action. It is a welcome relief.

SO from the American standpoint, leave it to those closely aligned to the NRA to take charge.

A viral National Rifle Association (NRA) television commercial features country music star Charlie Daniels warning Muslim terrorists that Americans are fighters who are armed, and together with the NRA, stand as freedom’s safest place. “No, you’ve never met America. And you ought to pray you never do.”

The new Muslim mayor of London has issued a warning to Donald Trump: Moderate your stance on Muslims, or they will launch more attacks against America.

Trump recently praised Sadiq Khan for winning London’s mayoral race, and said he would be willing to create an exception in his policy restricting Muslim entry into the United States in order to allow Khan to visit. But in a statement Tuesday, Khan dismissed Trump’s invitation, and also denounced his views on Islam as “ignorant,” suggesting Trump’s policies would increase the terrorist threat in both the U.S. and U.K. (RELATED: Khan Rejects Trump’s Invitation, Endorses Hillary)

“Donald Trump’s ignorant view of Islam could make both of our countries less safe – it risks alienating mainstream Muslims around the world and plays into the hands of extremists,” he said. “Donald Trump and those around him think that Western liberal values are incompatible with mainstream Islam – London has proved him wrong.”

During the 60-second commercial, Daniels intimates that the American spirit is not well-reflected in President Obama and that Obama and “his weak-kneed Ivy League friends” may give would-be attackers the wrong idea; their weakness may actually give terrorists a false sense of security.

To the ayatollahs of Iran and every terrorist you enable, listen up. You might have met our fresh-faced, flower child president and his weak-kneed Ivy League friends, but you haven’t met America. You haven’t met the heartland, where the people will defend this nation with their bloody, calloused, bare hands, if that’s what it takes.

You haven’t met the steel workers and the hard rock miners or the swamp folks in Cajun country–who can wrestle a full-grown gator out of the water. You haven’t met the farmers, the cowboys, the loggers, and the truck drivers. You don’t know the mountain men who live off the land or the brave cops who fight the good fight in the urban war zones.

No, you’ve never met America. And you ought to pray you never do.

INCONTESTABLY, patriots are fired up!

WHICH brings us to the Zionist domain, unarguably, Islam’s “laboratory” to hone their jihadi skill-sets.

NOW, while it is hardly a secret (the second half of the linked global interview sets the record straight) that PM Netanyahu – despite his outer machismo and oratory rhetoric – is not up to the (mental) task to do what must be done, there is some hopeful news.

BUT before this is brought to the forefront, it is always up to the PM to give the orders to the Defense Minister: finish the job!! Resultant, due to an increasingly shaky gov’t coalition (and this grave situation is mainly due to the inherent structural weaknesses built into the way Israel’s “democratic” electoral make-up is represented, but let’s not digress), he opted to call upon the nemesis of the left and Arab minority, MK Avigdor Lieberman, to replace “Boogie” Ya’alon as Defense Minister. Oh yeah…whoopee too.

TO wit, as a brief backgrounder, let the following non-bullsh-t assessment stand as an absolute indictment re the abject failure – and concomitant disaster – of Ya’alon’s tenure. Again, since the buck stops at Netanyahu’s door, it is patently the case that Ya’alon’s left-ward ideological perspective allowed the duo to be each others foil.

BUT that was then, and this is now. Thus, ever the shrewd politician, Netanyahu recognized that his coalition would fall apart, if this and that wasn’t fixed. As always, Lieberman’s secular nationalist, no-nonsense (Russian immigrant) party stepped in, waiting in the wings as part of the opposition. In effect, this was their demand: we will join the coalition, but there will be a price to be paid – get rid of limp-wristed Ya’alon and give Lieberman the reins! Moreover, Lieberman is not known for his delicate tongue, so if Netanyahu stays his hand, expect that all hell will break loose – as it should!

WITH the above in mind, onto the Zionist shuffle.

Above all, it is not decency or goodness of gentleness that impresses the Middle East, but strength. Meir Kahane

Eat your heart out, Muslims, and your favorite shills for Islam – Left Wing Jewish useful idiots. In the spirit of Jewish Defense League founder, Rabbi Meir Kahane, Russian-born Avigdor Lieberman takes no prisoners and his return to power will once again toughen Israel’s image to the world.

Israel Today Lieberman is known to not hold his tongue when he has a problem with the international community, but polls in Israel consistently show that he genuinely speaks for a majority of Israelis.

And he did not hold back in the least when he told French Foreign Minister Bernard Kouchner and Spanish Foreign Minister Miguel Moratinos that Europe needs to mind its own business, and stop pressuring Israel to meet dangerous conditions for a phony peace.

“In 1938, the European community decided to appease Hitler instead of supporting Czechoslovakia and sacrificed them [sic] without gaining anything,” Lieberman said. “We will not be the Czechoslovakia of 2010. We will ensure the security of Israel.”

And it’s not only Europe that is guilty of this, Lieberman noted. He said it appears as if the entire international community is trying to make up for its peace failures everywhere else by forcing an imprudent deal down Israel’s throat.

He’s disdainful of the peace process that the U.S. is so desperately pushing.  He has voiced support for measures that would force Palestinian citizens to declare their “loyalty” to the Jewish state–or else lose their citizenship status. And the solution to the conflict Lieberman desires is one that would draw the borders of a Palestinian state in such a way that Palestinian Israelis would be forced to live there.

AS an aside, let it be known that this investigative journalist got her hands on some of the evidence surrounding the militant jihad assassination of Rabbi Meir Kahane in NYC. And, yes, while MK Kahane was tarred and feathered (and worse) for being an Arab “racist” and kicked out of the Knesset too, know that ACTUAL collaborators with Israel’s enemies sit in this same Knesset, still, PM Netanyahu (similarly, his predecessors alike) won’t act to remove them. This bespeaks of the mental besiegement within.

BE that as it may, patriots are making headway – they are awakening! Yes, they are now placing Allah’s Muslim Terrorists on due deliberate notice, and in their DIRECT cross hairs. It is about time.

IN this regard, a recent commentary featured a Muslim Brotherhood linked prof from Florida, and for more than one reason. Know that he is NOT a lone soldier for Allah in the Sunshine State. Not by a long shot.

MORE specifically, a commentary from Jan. 2016 added fuel to the fire, so to speak.

WHILE a preponderance of information eventually becomes open source, some intel must remain behind the scenes. It’s just the way it has to be. But it is with this understanding that patriots must recognize where the threat level lies: whatever they think they know barely scratches the tip of the underlying dangers! Besides, if certain information got out prematurely, well, not only would it give the head’s up to those being tracked, it would also cause sources to dry up. Understood?

EVEN under such constrictive parameters, the main purpose of this site is to identify enough guideposts and markings to the mushrooming storms at bay, so much so that the climate of inertia is no longer tenable. Not only that, as repeatedly proven, relying on the FEDS (and an increasing amount of local law enforcement) to “take care of business”, in itself, is a grave danger. Gamble.

THAT being established, while a growing list of states have been singled out for “special” treatment, be assured that this investigative journalist is directly in touch with “boots on the ground” who are operating within said highlighted states. Of course, unbeknownst to others – emphasis placed. So, when open sources catch onto particular news, again, what is reported is not even a smidgen of what is really going down.

IN this regard, non-Muslim Floridians (similar to infiltration and penetration tactics used in most states) are in a noose-like vise, whether they know it or not. Regardless, when the grip reaches critical mass it will be too late…..continue reading….

ALONG this treacherous trajectory, alas, there is an upside. The following tidbit is being passed on to fellow patriots (readers, take note and pay it forward) in the Sunshine State and nearby locales. As reported, though the FEDS have little interest in this and that jihad, the advice from this Brotherhood Mafia expert is: keep a VERY watchful and attentive eye….your powder dry too…as a “birdie” passed along a clear “message” re actionable terror plots brewing in Florida, and they crisscross the state! But if two areas stand out, keep your eyes and ears peeled on Tampa Bay and Orlando. Just sayin’….

HEY, Islamic profs in Florida (elsewhere too, but let’s stick to this down south arena): trust, you (and related associates) are being watched – and not by the FEDS!!