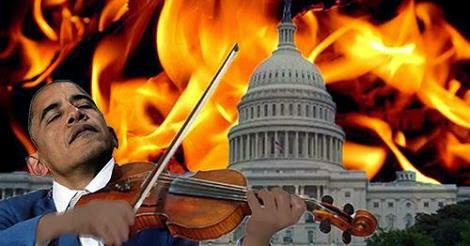 NOT unlike a careening freight train, domestic and foreign fires are threatening to engulf the U.S., eventually plunging towards the entire west. This is not a hallucination from an overactive imagination. These feet are firmly planted on the ground. Rock solid. “It be” reality-in-the-making, if not halted in its tracks.

NOW, whether or not one chooses to believe as much, that’s an individual’s prerogative. One is reminded of the saying, you can lead a horse to water….

MOREOVER, since the inception of this site (end of June 2012) this investigative journalist has never wavered from sharing with readers the truth, come what may. No wishy washy fence-sitting. As such, on Sept. 20, 2012 it was noted:

Color this blogger floored – NOT – at the upcoming feting, of the Muslim Mafia’s Egyptian Prez, at 1600 Pennsylvania Avenue.

In the midst of a Jew-smack to Israel’s PM – regardless of the administration’s qualifying denials – the Islamist-in-Chief eagerly awaits the front man of the Muslim Mafia. Rest assured, Morsi will be treated as an honored guest while visiting the  (American) People’s House. On the other hand, Israel’s PM was treated akin to a servile nuisance, rather than on par with one of America’s foremost allies.

Now, none of the above is surprising, albeit thoroughly anti-western, considering that the POTUS helped to install the Brotherhood’s mouthpiece in Egypt, the Arab world’s most populous nation.

*’Fungible Definition Of Who Is A Terrorist…Invariably Leads To Support Of Islamists In Syria..’ – https://adinakutnicki.com/2012/08/14/fungible-definition-of-who-is-a-terrorist-invariably-leads-to-support-of-islamists-in-syria-sudan-elsewhere-when-politicsideology-trumps-morality-embedded-policy-paper-commentary-by/

And, read the horrific results of the Pyromaniac-in-Chief’s efforts, assiduously applied over the last 4 years, as the leader of the (heretofore) free world!

RESULTANT, the threats to this site started to pour in…not an auspicious beginning to a blog venture. Be that as it may, that was then and this is now. So along comes today’s assessment from Claire Lopez, an experienced CIA expert/operative whose credentials require little introduction to many of this blog’s readership:

It’s an explosive charge, one that practically accuses the president of treason.

A former CIA agent bluntly told WND, America has switched sides in the war on terror under President Obama.

Clare Lopez was willing to say what a few members of Congress have confided to WND in private, but declined to say on-the-record.

She said the global war on terror had been an effort to “stay free of Shariah,” or repressive Islamic law, until the Obama administration began siding with such jihadist groups as the Muslim Brotherhood and its affiliates.

Lopez explained, when the so-called Arab Spring appeared in late 2010, “It was time to bring down the secular Muslim rulers who did not enforce Islamic law. And America helped.”

And why would Obama want to do that?

As she told WND earlier this month, Lopez believed the Muslim Brotherhood has thoroughly infiltrated the Obama administration and other branches of the federal government.

She also came to the conclusion Obama had essentially the same goals in the Mideast as the late Osama bin Laden: “to remove American power and influence, including military forces, from Islamic lands.”

Why would Obama order the killing of bin Laden?

Because the president “couldn’t delay any longer,” once the opportunity was presented, Lopez told WND.

There were “no more excuses” available to avoid it and he “thought it might look good,” she mused.

The former CIA operative’s perspective affects her prescription for what the U.S. should do about the terror army ISIS, as she called for caution and restraint…..

INTERESTINGLY, this site proposed the same charge sheet five days ago: a case can be made to charge Barack HUSSEIN Obama with treason!

STILL, it is gratifying to know that well respected heavy-weights are jumping on board.

WITH the above in mind, recognize that the following is offered as a basic analogy. But you decide if Barack HUSSEIN Obama’s golf jaunts and otherwise recreational “down low” nookie-time (while domestic and foreign fires engulf Americans…even the beheading of an American didn’t give him pause) is (more or less) analogous to Nero fiddling while Rome burned!

The image of President Obama hitting a Martha’s Vineyard golf course only moments after addressing the nation on the horrific beheading of American journalist James Foley has not only drawn widespread condemnation from the press, it has those closest to the photojournalist dismayed.

Matthew VanDyke, an award-winning filmmaker who grew a bond with Foley while covering war zones, said it was “irritating” to see the pictures of Obama laughing with fellow duffers astride a golf cart even as Foley’s parents tearfully discussed their son’s murder in a news conference of their own, which was preempted briefly by the president’s address.

“It wasn’t helpful to see,” he said. “Especially when a lot of us who disagree with his foreign policy already have issues with the fact that he seems disconnected.…..”

Although some supporters of the president defended the move as showing Obama does not allow his schedule to be dictated by terrorists, British Prime Minister David Cameron cut his own vacation short over the incident. And Obama has been taken to task for golfing in the face of terror and tragedy by The New York Times’ Maureen Dowd as well as others who are typically supportive.

Rick Ungar, a senior political writer for Forbes who often sides with Obama’s policies, wrote that his decision to go golfing so soon after the press conference shows a president who is “sadly” capable of “showing a stunning inability to grasp the nation’s collective pain and respond accordingly.”

REGARDLESS of the above, many are still pointing to “issues with the fact that he seems disconnected“ (yes and no, there ARE reasons why he “appears disconnected”) in order to explain his “odd” behavior, domestically and foreign-wise.

YES, a solid clinical case has been made that the Anti-American-in-Chief suffers from narcissistic personality disorder, NPD. Guaranteed, he is certainly not the first one to suffer from this disorder, nor will he be the last. However, others who are similarly afflicted are not leading the free world. Herein lies the difference. The extraordinary danger(s).

Obama’s narcissism explained by Dr. Sam Vaknin the author of Malignant Self-Love: A must hear interview

After hearing this interview, this Moralmatters.org author is even more convinced of aka Obama’s mental deterioration as described in this website’s multiple linked page – “Barack Obama’s Mental Illness.” Please note the following Moralmatters.org reader’s comment – and, then the very informative interview which you won’t regret taking the time to listen [to].

An Interview with Dr. Sam Vaknin, author of the bestseller “Malignant Self-Love”, the definitive book on clinical narcissism.

Vaknin, in discussion with Brent Bedford and Matthew Ogden, emphasizes the frightening and cataclysmic implications of Barack Obama’s incurable mental state, and underscores the critical importance of Lyndon LaRouche’s dire warnings that Obama’s psychology mirrors that of Emperor Nero and Adolf Hilter — and will turn out to be just as destructive for the nation and the world, unless removed from office under the provision of the 25th Amendment.

A forensic profiler whose previous cases have included the Natalie Holloway disappearance and the O.J. Simpson double murder says Barack Obama unconsciously made a stunning confession in his effort to blame the sequester idea he suggested on Republicans.

“Obama replied to (rare) press challenges about his contribution to the problem, ‘Give me an example of what I might do.’ Then he proceeded to unconsciously answer his own question with further denials, declaring, ‘I am not a dictator. I’m the president,’” Andrew G. Hodges, M.D., told WND in an assessment.

“Understand his powerful ‘dictator’ image spontaneously comes from his mind. Immediately following it with ‘president’ he unconsciously confesses, ‘I am the dictator president,’” Hodges said.

THE above is more than germane to America’s burning house, and the parts played by the Pyromaniac-in-Chief in tandem with his Brotherhood Mafia.

THIS investigative journalist already EXPOSED a list of major Brotherhood operatives inside America, and their linkage to Obama Inc. Does it get any scarier? It does.

NOT content to implant Brotherhood terrorists within his administration, he gives assists to ISIS brothers-in-arms. Yes, he does….

SIGNIFICANTLY, even his White House mouthpieces are having trouble keeping up with the “disconnected” narrative. Judge for yourselves:

As the world continues to descend deeper into chaos, the most stinging criticisms of President Barack Obama are that he is detached, disinterested, uninvolved, etc. The logic is that the reason things are getting worse is because the President isn’t leading and that a checked out American President leads to disaster around the world and domestically.

However, if the White House is to be taken at its word (don’t laugh) – that Obama is fully engaged – another logical conclusion is that Obama must be destroying the country on purpose.

The White House is bristling at suggestions President Obama is disconnected, checked out or out of touch.

White House allies maintain that the storyline of a checked-out president is a myth drummed up by the media during the summer doldrums.

Obama has been criticized as out of touch by critics and supporters, with the subject discussed at length by the media.

The criticism has been underlined by Obama’s decision to repeatedly golf over his two-week vacation, including minutes after giving a statement to the media about the execution of journalist James Foley.

There are only a few explanations for Obama’s refusal to confront America’s enemies (to include leaving the southern border wide open) or otherwise preside over the decline of the country: 1.) (White House maintains this is not the case); 2.) it’s all by design because he hates this country or is in league with America’s enemies or 3.) cowardice.

Perhaps the White House would do better to keep the “checked out” narrative going.

The alternative – if made known to the American people – could be far more disastrous for the administration (but better for the country).

CLEAR as a bell.

BESIDES, as to the “no” part  of the “yes and no” qualifier above, re “issues with the fact that he seems disconnected“, one also has to understand the following: the fact that he is a clinical narcissist does not obviate his COMPLETE CONNECTION to swirling domestic and foreign fires. In other words, one can be absolutely mentally disconnected from other people’s pain, yet totally immerse in planning that which will get the job done. It’s not a black or white issue. More often than not, it’s symbiotic.

ALAS, those who are incapable of feeling “connected” are more than likely to be the arsonists! Most significantly, by passing his actions off as “disconnects” one totally misses the dangers at hand. Counter intuitively, said “excuses” let the Arsonist-in-Chief off the hook. To whose benefit is that?