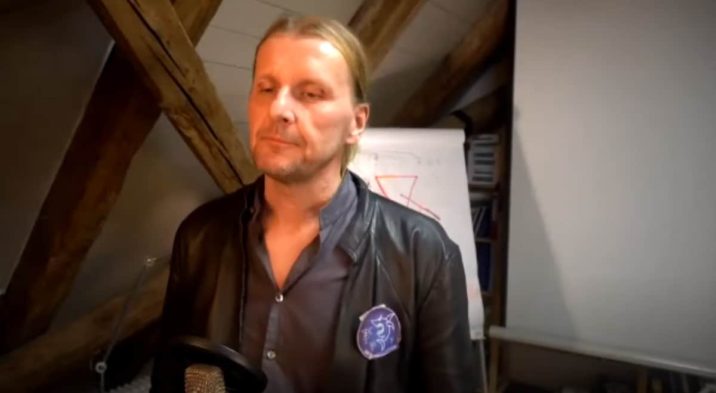 FROM the get-go, this investigative journalist has been exposing the absolute political weaponization of all things covid-related. In conjunction, documenting the dangers from the covid vax (as opposed to prescribing ivermectin and associated monoclonal therapies as safe alternative protocols) has been a non-stop undertaking. Exhausting.

AND, bear in mind, it is not for nothing that a growing list of athletes are felled by myocarditis after taking the mRNA-based vaxxes. Yes, within the frightening report via the American Journal, it becomes very clear as to what’s what. Wait and see, as you scroll down to the video attached to today’s targeted assassination.

ATOP all of the evidentiary trails, it is neither accidental nor incidental that Robert W. Malone, MD, the inventor of mRNA, was threatened with assassination, too, that is, for exposing the dangers of its usage in the Covid vax! Imagine that.

READERS may recall that mention has been made of a significant other — a highly regarded cardio-thoracic surgeon operating in Israel — in relation to significant push-back (alongside a growing list of colleagues) against the non-medical/scientific basis for lock-downs, masks, and the relentless demand to take the experimental vax. That’s for starters.

ALL of which leads straight back to this week’s tragic and explosive news re the assassination of Dr. Andreas Hoack, even though it was hardly unexpected. Again, patience.

LONG story short: back in 2018, the aforementioned Israeli docs zeroed in on the risks/benefits calculi of the application of graphene oxide/hydroxide for usage in drug delivery for cardiac care.

BOTTOM line: they found that “inhalation of graphene structures is considered a risk factor for cardio-respiratory disease. This is primarily due to its sharp edges and structural morphology, The nanostructures have different shapes and surface areas, which, in turn, can significantly influence their dispersion, etc.” As such, their research colleagues within the surgical unit recommended the immediate discontinuation of particular “nano-sheets”, namely, graphene hydroxide!

RESULTANT, when an increasing amount of Covid vaxxed developed myocarditis and pericarditis, some of whom dropped dead, the above Israeli cardio surgeons had an OMG moment, as they connected the (horrific) dots. Indeed,

Certain lipid nanoparticles are a vital component of the new Pfizer/BioNTech and Moderna mRNA COVID-19 vaccines, by protecting and transporting the ‎Lipid Nanoparticles.
AS due diligence mandated, they immediately contacted Israel’s Health Ministry to apprise them of this toxic connection. Of course, they parroted big pharma’s standard talking points.
“Allegations that the mRNA COVID-19 vaccines currently available in the United States (Pfizer-BioNTech and Moderna) are toxic because they contain graphene oxide on their lipid nanoparticles (which help transport the mRNA through the body) are baseless.”
IN any case, when they learned of the assassination of the courageous doc, the rage was palpable. He dared to make the lethal connection between the vax and its delivery via graphene hydroxide; warning an unsuspecting public in a most direct manner. He had to be silenced and made an example of.
LET’s just conclude thusly: judging by their reactions, this mild-mannered group of healers would not bat an eye, that is, if the entire collusive crew (from big pharma, and up and down the enabling political-media food chain) “magically” disappeared — starting with the assassin and the dispatchers thereof!!
♦  ♦  ♦  ♦  ♦

Dr. Andreas Noack claimed to have discovered tiny carbon particles in the Covid injection that act as thousands of tiny razor blades circulating throughout the cardiovascular system.

Harrison Smith breaks down a shocking report of a German scientist named Dr. Andreas Noack who was reportedly murdered after revealing that tiny stable carbon compounds called graphene hydroxide were found in the Covid injection that act as thousands of tiny razor blades within the cardiovascular system.