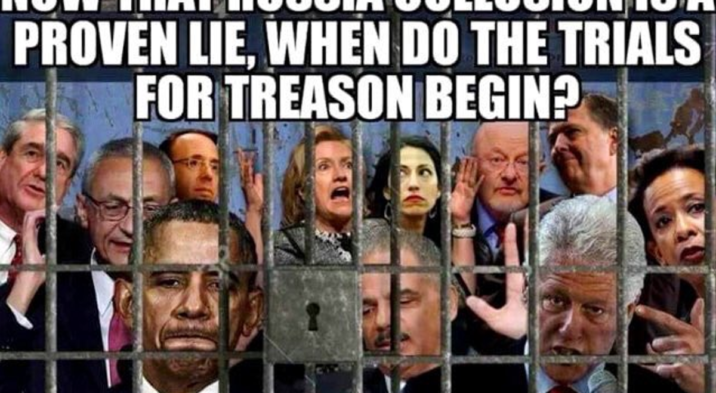 WITH neither the time nor the inclination to re-work the wheel, so to speak, let the previous intro — to the initial start of Slick Willie’s (interrupted) Military Tribunal — serve for both. Indeed,

William Jefferson Clinton’s military tribunal at Guantanamo Bay began on Friday, following a three-day delay caused by a female panelist whose amorous display of affection toward the former president shocked the Office of Military Commissions.

The joviality and swagger Clinton displayed on Monday had evaporated when uniformed MPs escorted him to GITMO’s south courtroom Friday morning. A much more sullen and forlorn Bill Clinton, head hung low, was seated at the defense table beside the advocate he had chosen to represent him, the venerable David E. Kendall.

Kendall is an American attorney, a graduate of Wabash College, Yale Law School, and Worcester College, Oxford, who clerked with Supreme Court Justice Byron White, worked as associate counsel at the NAACP Legal Defense Fund, and has been a partner at Williams & Connolly LLP of Washington, DC since 1981, where he has provided legal counsel to individuals and corporations on high-profile business and political matters. He represented Clinton during the 1998-1999 impeachment proceedings stemming from Clinton’s relations with White House intern Monica Lewinski.

“President Clinton should not have to answer for the crimes of Hillary Rodham Clinton, who has already been sentenced and put to death. For many years, William Jefferson Clinton was largely oblivious to his wife’s transgressions, and once he became aware of them, he had only a peripheral involvement, at best. Make no mistake, she called all the shots. My client was along for the ride,” Kendall said.

“It was all Hillary,” Bill Clinton said.

“And there is no statute of limitations on murder, not even for you, detainee Clinton,” Vice Adm. Hannink said.

His statement prompted Vice Adm. Hannink to play a taped telephone call for the tribunal. It was a 1993 conversation between Bill Clinton, then-Attorney General Janet Reno, then-ATF chief David Chipman, and former FBI director William Sessions. The call, recorded on day 50 of the Waco standoff between Branch Davidian leader David Koresh and U.S. alphabet agencies, underpinned Clinton’s mounting hatred of not only Koresh but also the women and children sheltered within the compound. Reno, Chipman, and Sessions urged Clinton to swiftly resolve the protracted stalemate, arguing that his indecisiveness would empower future “domestic terrorists” and religious zealots to follow in Koresh’s footsteps. Reno pleaded with Clinton to “burn them out,” and both Chipman and Sessions, after expressing mild trepidations, agreed the situation had become untenable. Clinton gave them “carte blanche,” and encouraged them to eliminate “malcontents” as long as blame was assigned to Koresh and the U.S. government was held harmless for any fatalities.

“I don’t care what happens to them, they didn’t vote for me anyway,” Clinton said on the call. “If they die, they die. Just make sure the finger can’t be pointed back at us, or more importantly, me. Let’s nip this in the bud right now.”

As most know, on day 51 the FBI and ATF launched a siege on the Branch Davidian Compound. A fire consumed the facility, and 76 Branch Davidians, including Koresh, 25 children, and two pregnant women, were reduced to ashes. Janet Reno later claimed that Koresh had burned out his own people, even though video footage of government vehicles and personnel equipped with flamethrowers and other incendiary devices surfaced in pictures and video.

On a recorded telephone call captured three days after the siege, Clinton congratulated Reno, saying the Branch Davidians “got what they deserved.”

“This was not Hillary; this was all you. You were president, not your wife. Nowhere is she heard on these calls. No one here is saying Koresh was a nice guy. But you, detainee Clinton, ordered those deaths,” Vice Adm. Hannink said.

Kendall objected, claiming the tapes had not been entered into discovery and, thus, he had been given no opportunity to rebut their validity.

“I understand you were an accomplished civilian litigator, Mr. Kendall, but this is a military commission, operating under full force and effect of the insurrection act,” Vice Adm. Hannink replied.

Kendall altered his tone and calmly requested a 72-hour continuance, until Monday morning, to allow him to authenticate the tapes.

“Very well, this commission will grant you your 72 hours, but we’ll tolerate no further delays after this,” Vice Adm. Hannink said.

He put the tribunal in recess until ten hundred hours Monday morning.