LET’S be inordinately clear: Jihad is jihad. Dead is dead. As such, whether a cell answers the call, or a so-called “lone wolf” executes said Islamic mandate, the fact remains that Mohammedans (Shia or Sunni….six of one, and half a dozen of the other) are performing what is required of the faithful: Jihad! Incontestably, it is referred to as the “sixth pillar” of Islam. In fact, those who engage in jihad are called mujahideen. Got that? Besides, it is not an option for religious Muslims to ignore the call to jihad – be it in a frontal, material, or supportive role. Simply put, one cannot forego satiating pagan moon-god Allah!

The Biblical and historical evidence shows that the Moabites worshiped Baal. The pre-Islamic and Muslim sources show (a) that the Meccans took over the idol Hubal from the Moabites and (b) that Allah and Hubal are actually identical. Thus, whether the Meccans are Ishmaelites or not, the evidence is still strong and sufficient to conclude that Muhammad’s Allah is actually Hubal, i.e. the Baal of the Moabites and thus not the God of the Bible. Muhammad incorporated the characteristics and names of various other gods into his new monotheistic message about Allah, but he apparently started the construction of Allah with Hubal, the chief god of the Meccans.

BUT before the incendiary topic at hand goes any further, it is beyond imperative that jihad’s face is exposed for what it is – and not “explained” away via western apologists through a well-worn definition propagated by the Islamic Supreme Council of America (ISCA), in an attempt to mollify non-Muslims and to present Islam in a “benign” light. Don’t dare allow yourselves to be fooled.

IN brief, ISCA Founder and Council Head, Muhammad Hisham Kabbani (in concert with Seraj Hendricks), opines in “Jihad: A Misunderstood Concept In Islam”: “The Arabic word “jihad” is often translated as “holy war”, but in a purely linguistic sense, the word “jihad” means struggling or striving.” Hmm. But never mind. Most inherently, at least for the enumerable dead and maimed (regardless of worldwide locale), it matters not a whit where its basic meaning, linguistically-speaking, is derived from. In any case, who cares, other than the actual perpetrators of militant jihad and those who seek to serve as their apologists and jive-talkers? But what does matter is its fiery end-result! And that is clearly visible, at least, for those whose eyes are wide open and choose not to remain in the dark. Blind as bats.

ALL of the aforementioned disinfectant brings the discussion straight back to the blessed elimination of Iran’s terrorist mastermind, Soleimani, on January 3, 2020. Yes, a New Year’s gift to the civilized world, akin to none other!

IN this regard, a much verboten topic emerges via the above knock-on effects – which touches and focuses upon the direct and immediate danger from the “sixth pillar” of Islam: Jihad. Though hardly news at this end, it appears as if the Democrat-media complex has only taken notice of the “revenge” angle through the mullocracy’s non-veiled threats – then, turning around and blaming President Trump for their rage! Regardless, for those of us whose main concern is the safety of America (and Israel, the “Little Satan”), the primary focus must be: Jihad! Secondarily, the “sleeper cells” must be eliminated. Period. Basically, without the call to jihad, there would be no “sleeper cells”….a + b….1 + 1….

IPSO facto, when it hit the news cycle that an Iranian national was arrested in Florida and nearby Mar-a-Lago, to boot, it didn’t take a rocket scientist to piece together the non-coincidental timing.

The Iranian government has pledged revenge for the elimination of their top general, Qassem Soleimani, at the behest of President Donald Trump.

They have put a bounty on his head, and many rumors have been circulating and even hard intelligence surfacing showing that lone wolf jihadis or sleeper cells in the US may soon try to answer the call.

Palm Beach police have revealed that an Iranian national was detained on Flagler Memorial Bridge just a few miles away from the president’s Mar-a-Lago resort.

The Iranian had with him knives, a machete, a pick ax, and $22,000 in US currency, according to the Palm Beach Daily.

He also had a parked car at the Palm Beach International airport that was examined by a bomb unit to search for explosives.

A man arrested by Palm Beach Police this morning had $22,000, a machete and a pick ax, in addition to knives in his possession, according to an officer with the department.

The man, who was identified by his passport as an Iranian national, also had a car parked at Palm Beach International Airport, the officer said.

The department is working with other federal partners in the investigation, the officer said.

The man was arrested just over the Flagler Memorial Bridge at Bradley Park. Initial reports said he had several knives on him. No details are available on what led to the man being brought to officers’ attention.

The law enforcement officer initially told the Daily News that the man appeared to be homeless or without a known address.

A Daily News photographer who arrived on the scene saw the man, who also had camping gear, being arrested by three Palm Beach Police officers and two plainclothes officers, who he was told were from another department.

Earlier this week, a Florida security guard was arrested for threatening to kill President Trump in retaliation for Soleimani, who he described as his “leader.” 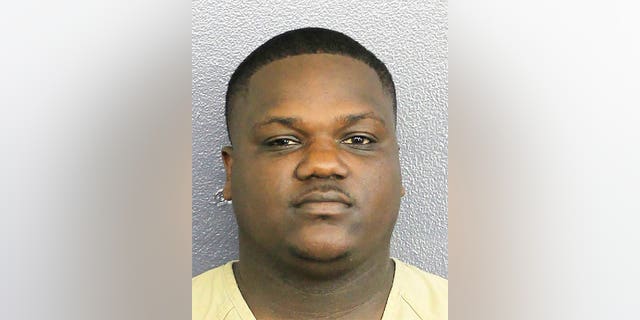 {Chauncy Lump, 26, from the Fort Lauderdale area, faces federal charges of threatening to kill the president}

INEXORABLY, there are no ifs, ands, or buts about it – Masoud Yareilzoleh was on a jihadi mission, as mandated by Islamic dictates! However, he was not “Number One” to heed the call. Number One to answer was Lump – even though not an Iranian, he was awakened! No, it wasn’t a “joke”, as he opined upon his arrest.

MORE specifically, follow the timing and trail: Soleimani was whacked on the 3rd of January, but it took only a week for both to “come out of the shadows.” To obey. Mind you, whereas, technically, Lump doesn’t fall in the “sleeper” category, it no way obviates his jihadi fervor and commitment. As to the Iranian, only a “sleeper” agent could be so well-prepared, no less, in a week’s time. Again, it matters less than diddly squat if they (and those who follow) operated as a so-called “lone wolf”, or as part of a cell.

MOST significantly, patriots must be ready to meet the jihadis, head on, when, not if, it comes to it. Resultant, anyone who dares to come for legally-owned firearms, well….

2 thoughts on “Iranian “Sleeper(s)” Awakened In Florida: Answered The “Call To Jihad”- Countless In The Wings!Commentary By Adina Kutnicki”