FROM the get-go, let the following be stated for the record: within these pages, it matters not a whit which political party one is appended to – either in America or Israel, the main pillars of Western Civilization, or of what’s left of it. But what does matter are the policies enacted by the party in power and the impact on national security. Understood? Mind you, the aforementioned dare not be misconstrued as “hindsight is 20-20”, in so far that certain prescriptive/strategic policies have already been proven to be contributory factors to the most heinous outcomes.      A + B. Besides, as Albert Einstein is credited with saying, “The definition of insanity is doing the same thing over and over again, but expecting different results.” Plain and simple.

NOT only that, there are some players (who shall remain nameless) in Israel who would rather that certain mouths stay shut, as if they are the arbiters of who gets to say what’s what.  Imagine that. They insist that any criticism of Israel’s elected echelon – as embattled as the nation is – is dangerous, never mind unseemly. Hogwash. In fact, the opposite is the case. For to be silent IS to agree, and that would be beyond cowardly. Dangerous to the max.

BE that as it may, it is not for nothing that a particular alarm bell – vis-à-vis this very issue – sounded in June 2012 at American Thinker, as well as at Israel National News via “The Paradox of Israeli Politics: Vote Right, Get Left.” Effectively, as the title implies, regardless of who sits at the helm (specifically, PM Netanyahu, akin to the late PM Sharon, AKA “the bulldozer”….view the above explanatory video), be they so-called right-wingers, self-described centrists, or holier than thou, banshee-shrieking leftists, the facts are what they are. The following is an excerpt from June 2012:

…….How can this be?  How can an overwhelming majority of the electorate’s (right-wing) voice be negated, thus allowing the left to rule, regardless of the majority’s wishes?

Briefly, according to Dr. Martin Sherman (an eminent Israeli political scientist and the founder of The Israeli Institute for Strategic Studies) in “Who really runs Israel?” (Ynet, 4/21/2010), “[a]lthough the right wing consistently wins elections, it never really gets into power. It is a phenomenon that can only be explained by the existence of some influence extraneous to the political system that imposes policy outcomes that diverge radically from those that should be expected from regular operation of political routine.”

Furthermore, few understand the “unholy alliance” among Israel’s civil society (funded and fueled by foreign NGOs), AKA its ruling elites, and their pernicious affect upon Israel’s policy outcomes.  They operate with impunity inside media, legal, diplomatic, and cultural institutions, mainly schooled by post-/anti-Zionist academics headquartered within social sciences/humanities departments.  The above unelected functionaries act as cheerleaders/disseminators for rulings imposed (or about to be) by a predisposed leftist, pro-Arab court system.  In turn, pressure is exerted upon the political leadership to execute their dictates.  Indeed, Israel’s court system has supplanted its legislature.

The toxic mixture of civil society elites servicing unelected Supreme Court justices (they choose their own replacements) led to the following recent — out of volumes of others — pro-Arab ruling.

ALL of which circles back to PM Netanyahu’s faux persona of a right-wing, nationalist leader, juxtaposed against what the real situation, AKA matzav / מצב, is on the ground – even as he bloviates that he is the only one capable of keeping Israel’s encircling enemies at bay! Balderdash. Moreover, for added heft and facts at large – as to what really transpired under his almost decade-long governance – see here, here, here, here, here, here, and so on. Trust, “Mr. Security”, he is not.

EVEN so, as is said, what else is new under the sun? Or, more aptly, under the continued political umbrella of “Mr. Security?” As it happens, more of the same re appeasement – and then some.

STILL, if this Jihadi expert appears too harsh and unyielding in said assessments, so be it. But if some (skeptical) readers prefer an outside analysis, look no further than to a most recent Intelligence report (12/14/18) from Jerusalem-based DEBKAfile, a world renowned site in Military Intelligence – that which, over the years, just happens to dovetail with this site. It is what it is.

Evidence is mounting that the extremist Tanzim wing of the Palestinian Fatah is complicit in the Hamas onslaught of terror in Judea and Samaria, which has claimed 5 Israeli lives and injured 12 in Judea and Samaria in recent weeks. This is reported by DEBKAfile’s counter-terror sources.

The clincher was the discovery of the Barkan killer, who had evaded capture for five weeks, in the Askar refugee camp of Nablus – only after Israel’s security forces caught up with another terrorist who was linked to the Dec. 9 Ofra shooting at the Sudra village in the Ramallah district. A four-day old infant died after that attack in which 7 people were injured.

Ramallah is the seat of the Fatah-ruled Palestinian Authority and the movement’s institutions. It is increasingly evident that Tanzim, Fatah’s armed wing, which was mostly dormant after the second intifada (Palestinian uprising) of 2000-2002 was defeated, is extending clandestine support to the Hamas network terrorizing Judea and Samaria in recent weeks. The latest outrage occurred on Thursday, when a Palestinian gunman murdered two IDF soldiers and injured a third soldier and a young woman at the Asaf Hill junction near Bethel…..

Earlier this year, Israel warned Al-Aloul that if did not drop this plan, the clandestine terrorist cells he was building would be wiped out. However, Israel made no move against him or Tanzim since then. Therefore, the mass demonstrations Tanzim and Hamas have called for this Friday in all parts of Judea and Samaria will offer resounding proof that they are hand in glove for terror.  Israel is confronted with a major security challenge in the weeks and months to come. 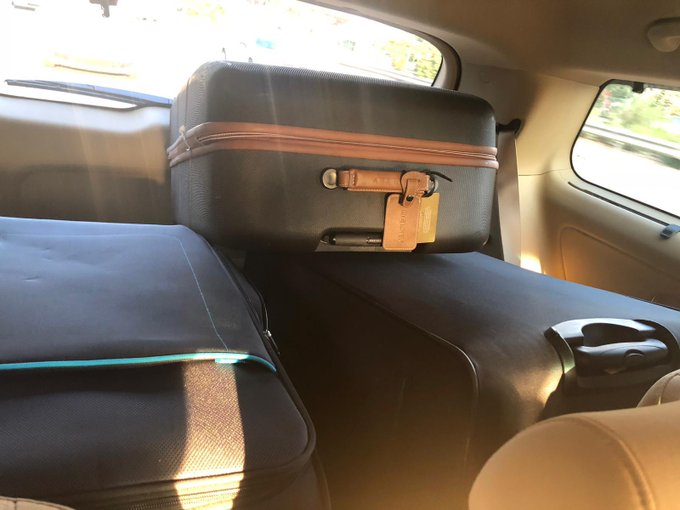 ALAS, if it still is not enraging enough, as well as equally convincing by now (through ample evidence at these pages, and amassed at mainstream interviews too) that PM Netanyahu’s highly-charged rhetoric never matches his promises to “clampdown” on terror, well, blinded eyes are hardly a suitable substitute for protecting Israel’s citizens from Mohammedan Jihadists. Agreed?

IT gets worse. In reality, if not for his “stamp of approval”, the transfer of millions in Qatari cash – actually, blood money – wouldn’t have reached Hamas’s terror masters! Ostensibly, this payoff is to assist “poor” Gazans – as if that makes it any more palatable. After all, since when is caring for an enemy population PM Netanyahu’s mandate, let alone, morally supportable? Meanwhile, Hamas terrorizes and murders Israel’s citizens at will and gets paid to boot! The question isn’t: why do they continue to terrorize? Rather, it is: why wouldn’t they? After all, terror pays – BIG time! Pray tell, who are the crazies in this unbalanced and unhinged “strategic” calculus? Asked and answered.

RESULTANT, dear reader, see if you can spot any spitting distance between “Mr. Security’s” outrageous so-called security policies/strategies, as opposed to  leftist-babbling MK Michaeli. As expected, her (akin to like-minded leftists) emphasis is on the moribund and deadly “peace process“, even as she insists that “we must persevere.” Amidst it all, is the very same (decades-long) blah, blah which has cost the lives of tens of thousands of innocent fellow citizens, with countless maimed for life.

Member of Knesset Merav Michaeli (Zionist Union), toured the scenes of the attacks in Givat Asaf and the Ofra Junction on Sunday with other members of the Knesset Foreign Affairs and Defense Committee.

Maj-Gen. (res.) Gady Shamni, former head of the IDF’s Central Comment, said the spiraling crises had grown out of the “kid gloves” policy with which the IDF and government had greeted months of heightened Hamas aggression from the Gaza Strip. 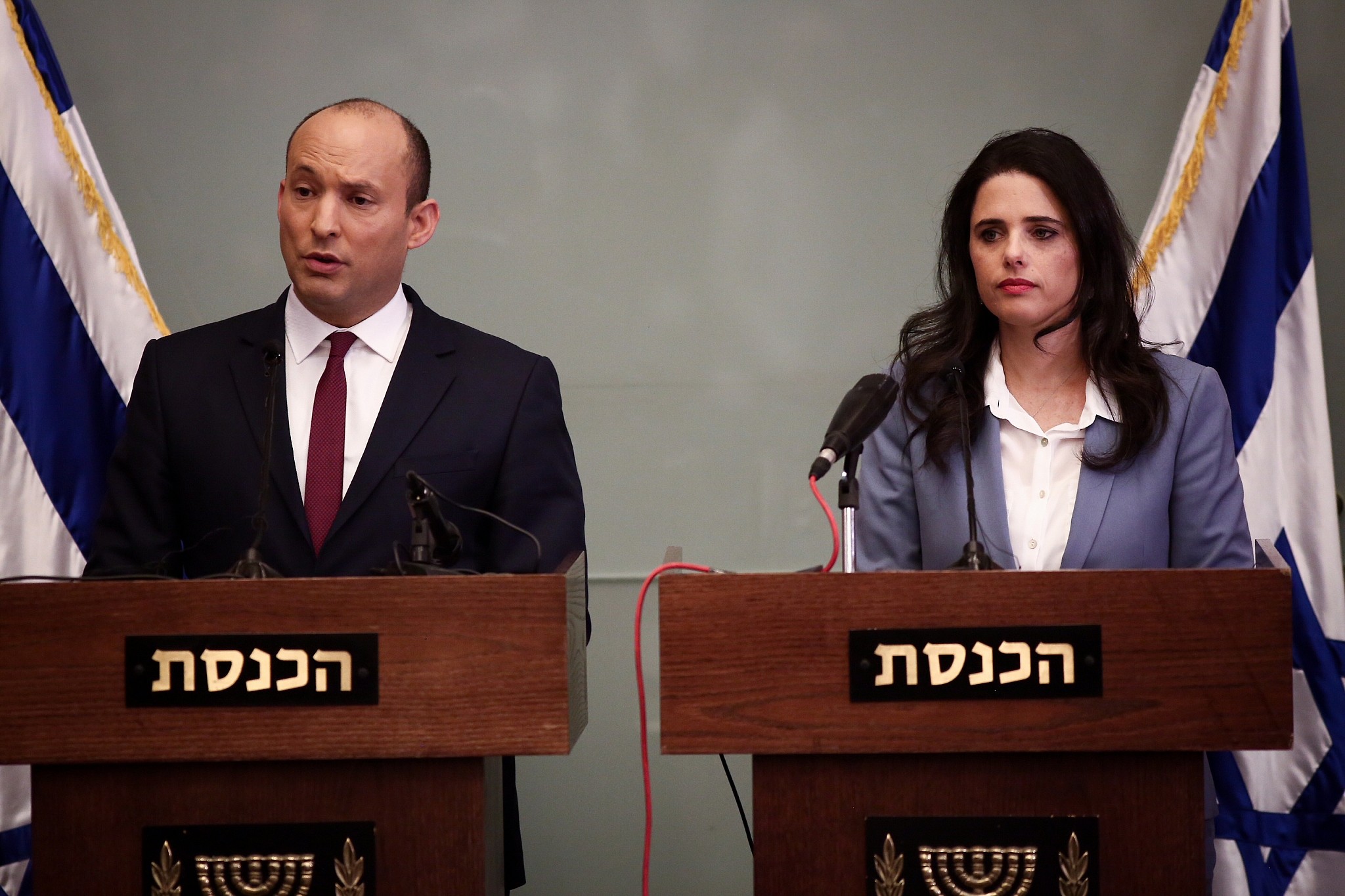 (Bennett & Shaked in the Knesset)

SACH ha’kol, at the end of it all, there are a few within Israeli leadership who consistently “get it”, and, most intrinsically, are unafraid to act – namely, Education Minister Naftali Bennett and Justice Minister Ayelet Shaked. You Go, Girl!!

MOST significantly, those of us whose business it is to keep track of Jihadi terror and its knock-on effects to Israel (America alike) understand why the following question is more than mandatory and requisite due diligence: why would “Mr. Security” thwart Minister Bennett – a member of Israel’s Security Cabinet, no less – from heading the Defense Ministry, knowing full well that he has the “inside track” on where the dangers lie, but also possesses the most heavy-duty operational experience to lead the offensive and defensive charge?

Bennett served in the Sayeret Matkal and Maglan special forces units of the Israel Defense Forces, taking part in many combat operations…. 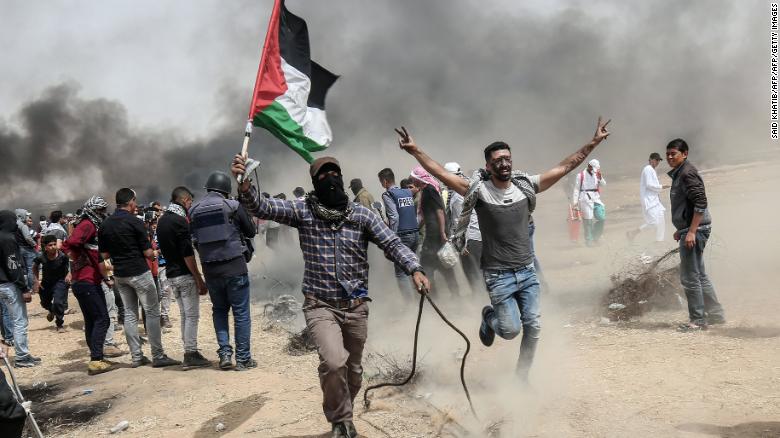