WHEN all is said and done, as we say in Hebrew, sach ha’kol, one cannot place lipstick on a pig, however hard one may try. Got that?

SUCH is the case with leftist fetishists, most of whom are wedded to multiculturalism and “conflict resolution” ala “dialogue”, its twin devil. In two words: dangerous bull- crap!

EVEN more so, the ante is upped when leftist clergy insert themselves into Islam’s domain, a cesspool which threatens to drown each and every person who refuses to submit to Shariah Law! Besides, how arrogant can they be, actually believing their jaw-jawing can tame centuries-long barbarism attached to the black hearts of Islam’s savage beasts through “solidarity” via “dialogue”, no less. Are they delusional, clueless, mendacious or simply evil-doers? Pick a door and a concomitant poison. Either way, they are lending them PC “religious” cover, therefore, they must be held accountable for any ensuing terror. Yes, they are guilty as sin!

BUT before we head to the latest clear and present danger to America (highly elevated due to clerical mischief-making), let’s hark back to a few clarion calls from the past, among a laundry list of others.

Many turn to their religious leaders for guidance and comfort. Understood. But one must also keep their eyes and ears open for certain cues and buzzwords, and they mostly revolve around “dialogue” and “multi-cultural” hug-fests.Well, trust said religious leaders like one would the plague. Seriously. Read the whole thing… 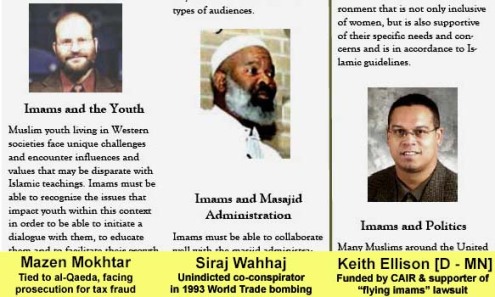 STILL yet, before we segue to the 2016 cover lent to Allah’s monstrous barbarians (via a prostrating and apologetic Reform “Rabbi” in Boca Raton’s very large and affluent Jewish community….he is among a growing group), know that the worst offender is the leader of the Catholic Church. Yes, the Pope! 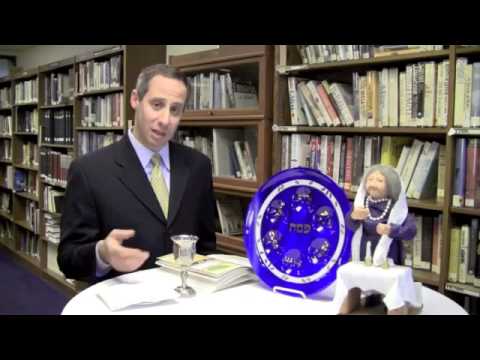 NOW that readers have become familiarized with some backgrounder, oh, dear, let’s jump to the abject failure of Rabbi Dan Levin‘s leadership, that which required absolute due diligence before he allowed a Muslim Brotherhood linked Prof (who taught at Florida Atlantic U in Boca Raton), Bassem Alhalabi, to provide a smokescreen to the true intentions of Islamists in America, Israel and the wider west!

Score another Stealth Jihad victory for the Muslim Brotherhood over a significant Synagogue in a highly Jewish populated area of Boca Raton, Florida.

This story reads like a psychological thriller with a touch of “James Bond” and a highly respected Rabbi, Dan Levin, who has become a “useful idiot” in the hands of the master, Muslim Brotherhood manipulator and Florida Atlantic University professor, Bassem Al Halabi. At the center of this real-life drama is a very prominent Jewish leader, Dr. Jeffery Zipper.

CLEAR enough? It gets worse.

ALAS, the dhimmi-witted Rabbi tried to censor congregants who “dared” to haul him on the carpet for inviting a Brotherhood operative into their midst. Imagine that. He then added insult to injury, as he groveled and apologized to the Brotherhood Prof for “offensive” comments made by any congregant! Never mind that Allah’s Muslim Terrorist happens to view Jews as apes and pigs, as prescribed by the highest Koranic scholars of Sunni and Shia Islam! We are not done yet. This same operative was arrested – you got that? – for sending “dual-use” thermal imaging tech to Syria! Even so, he was able to remain in the country.

MORE specifically, what the hell is wrong with an increasing amount of addled clergy? Are they really that stupid, that feckless, or just plain scared chickensh-t to stand up to the barbarians inside (and outside) the gate? Inquiring minds not only want to know, but demand answers!….continue here….

WE can go on and on, but it is time to reveal the latest horror-fest!

ONTO the main event….

The Shia Association of the Bay Area (Saba Islamic Center), an extremist Khomeinist organization, based in San Jose, California, posted the following announcement on one its Facebook page:

“Community Event of Support and Friendship Between Catholics and Muslims, Moulana Abidi, and the Saba boards will be hosting Bishop McGrath from the Catholic Church, Imams from Bay-area Mosques and Civic Leaders who will gather to offer joint prayers and start mutual dialog for solidarity of the two communities in serving humanity and support justice for all. Bishop McGrath leads more than 50 Catholic churches in Santa Clara County. This event will mark the first of many events expressing mutual understanding, support, and friendship between Muslims and Catholics.

Why does Bishop Patrick Joseph McGrath willing to urge his Catholic followers to recognize an Islamist organization that is the antithesis of the tolerance and peace that his Church seeks to promote? The Bishop will be declaring “solidarity” with the leaders and educators at Saba’s mosque and madrassa (school), who preach intolerance?

Saba recently inaugurated its new high school, Saba Academy, right in the heart of the Silicon Valley. Many observers of Saba view this development with alarm, as the Association’s activities have been persistently linked to extremism. Indeed, Saba and its imams, including Rafic Labboun (a.k.a. Wilhelm Dyck) and Nabi Raza Mir (a.k.a. Nabi Raza Abidi), have been shown to support Hezbollah. Labboun was jailed for a time for credit card fraud in a scheme the FBI thought was related to funding the terrorist group. He later was caught trying to flee the U.S. by the FBI with a fake Belizean passport using the identity taken from a dead baby. Homeland Security, Eric Holder and Hillary Clinton tried to keep Nabi Raza Mir from reentering the U.S. after he visited Iran due to suspicions of terrorist links but he was finally readmitted after multiple lawsuits filed by the National Lawyers Guild.

Both men have lived, lectured and studied in Qom back in Iran. Qom is considered a holy city among Shiite Muslims. Sodagar, while in Qom, filmed a biography in which Sodagar calls Ali Khamenei, the present Supreme Leader of Iran and follower of the late Ruhollah Khomeini, the man who started the Iranian revolution against the West, a role model. He also has lectured on a letter from Khamenei where he discusses the obligations of youth in the West and how they should not be corrupted by the “Zionist controlled media [the Jews].”

Sekaleshfar has been seen repeatedly lecturing at a mosque in Cardiff, Wales next to a portrait of Ayatollah Khomeini, something always displayed at Shiite events back in the Middle East, but not inside the U.S. due to the hostage crisis and animus between the U.S. that followed with sanctions and Khomeini’s dubbing the U.S. “the Great Satan.” His Facebook is packed with praises of the late Supreme Leader of Iran, and Sekaleshfar is his best promoter. In a newsletter sent from Qom, Sekaleshfar admonishes Muslim youth outside Iran to follow Khomeini’s edicts and advice if they are to be good Muslims:

“These people have undergone and tolerated a vast array of sanctions during the last 30 years. What have you done for them? How have you contributed in the solidification of the masses in Iran? There are many Muslims struggling worldwide today, but strengthening the people of Iran has an extra significant bonus, i.e. strengthening Islamic Rule and Propagation worldwide.” This is a call to promote jihad and the Absolute Velayat-e-Faqih regime of Ruhollah Khomeini and is posted under a picture of the late Ayatollah in the newsletter (page7).

Sodagar has spoken at schools as far away as Canada’s York University, and even in the UK, but he appeared on a regular basis at Saba where he lectured about Sharia-compliant methods of executing homosexuals:

“For homosexual men, the punishment is one of five things. One, the easiest one, maybe, is chop their head off, stop their heart. Two, burn them to death. Three, throw them off a cliff. Four, tear down a wall upon them. Five, a combination of these things.”

Public outcry over killing gays elicited a response from Sodagar. He explained he does not advocate executing gays in places where it is illegal, but rather in places where Islam is the law of the land. While such an explanation might mollify fears in non-Muslim communities, it nevertheless does not alter what Sodagar is preaching; Sodagar, a U.S. citizen, was born in Washington, D.C., but spent 14 years studying Shiite Islam in Iran, a country that routinely executes gays in public. Fluent in English, Sodagar lectures throughout the English-speaking world – advocating the execution of gays as being part of God’s will.

Farrokh Sekaleshfar also tours the world spreading the word of Islam and has spoken at St. Louis University and the University of Michigan about how to deal with homosexuals. Sekaleshfar also denies that he advocates genocide against gays where it is illegal, yet he has lectured at the University of Michigan in 2013 that “death is the sentence” for homosexuals and that executing them is an act of “compassion,” since “earthly punishment will gain them leniency in the afterlife.”

Sekaleshfar offered the same religious rulings at the Husseini Islamic Center near Orlando, Florida. A few weeks later, Orlando suffered a terrorist attack on a gay nightclub, carried out by Omar Mateen, which left 49 people dead and is listed as the greatest mass shooting in U.S. history. It isn’t clear if Mateen, a confused fan of Hezbollah, Al Qaeda, and ISIS, who was previously investigated by the FBI, attended Sekaleshfar’s lecture in Orlando. Like Sodagar, Sekaleshfar was not born in Iran or another Islamic country, but in England and he holds a medical degree from Imperial College in London and has studied Islam extensively in the Middle East.

Both these mullahs live and link back to the Khomeinist regime in Iran and promote the Iranian revolution against the West here in America. At SABA they are an inspiration. The facts that a mullah advocated genocide against gays in Orlando not long before the massacre at a gay nightclub while another preaches the same ideas illustrate the threat posed by such imams. Does Bishop McGrath claim “solidarity” with Muslims advocating Death to Gays?

STILL yet, some Christian leaders aren’t mincing words, and they are revealing the G-d’s honest truth: Top Bishop: Europe Will Soon Be Muslim Because Of Our Stupidity!

HMM… knowing what you do, are you shocked at this sacrilege: Church Invites Muslims To Recite Koran And Blaspheme Jesus Divinity During Services For Epiphany! Yup, dhimmitude is alive and kicking in 2017.

KNOW this: sans a scintilla of a doubt, those who lend a platform to Allah’s Muslim Terrorists are as guilty as the actual terrorists, albeit feigning to be facilitators of “conflict resolution” via “dialogue.” But regardless of all their jibber-jabber and puffed out holier than thou chests, there is no way around the truth, not on a moral level or any other plane.

SO whether one is Christian or Jewish, devout or otherwise, it is incumbent to push back against two sides of the same anti-western revolutionary coin, NEVER backing down in the process.

PARADOXICALLY, so-called “religious” leftist enablers – who have huge megaphones via pulpits or other platforms – effectively aid and abet those who seek nothing less than the evisceration of the twin pillars of western civilization, that which is Christianity and Judaism! Indeed, they are cutting off their own roots. Thus, outing them and holding their feet to the fire is not only a moral imperative, but a civilization-saving one.

8 thoughts on “Christian (Leftist) Clergy, Jewish Counterparts, Worship At The Altar of Multiculturalism: In Bed With Islamic Terrorists! Commentary By Adina Kutnicki”