Too many worship a pernicious leftist doctrine via multiculturalism; a feel-good measure which comes at the expense of all US Jews.

Tragically, the application of the above Jewish dictum is nowhere to be found, that is, when it comes to a growing segment of leftist-driven Jews (in the diaspora and Israel alike) who are obsessed with the absolute misinterpretation of tikkun olam, They worship at the altar of a pernicious leftist doctrine via multiculturalism; a feel-good measure which comes at the (life and death) expense of the wider Jewish community.

Admittedly, it may seem inappropriate, as well as impolitic, to point the finger at the victims of terror, but time is of the essence.

First, let’s be totally clear: the absolute onus is atop the jihadi perpetrators.

But that doesn’t preclude digging into so-called contributory factors, when underlying actions mandate said truth-telling, discomforting as it is. After all, how can lessons be learned to protect oneself and the community at large, that is, if left hidden and unspoken?

Such is the horrific case of the latest act of Islamic jihad against Jews in Colleyville, Texas.

Truth dare to be told, it came as no surprise when Howard Rotberg laid out a more than cogent analysis (Arutz Sheva Jan. 20, 2022) within “Hostage Texas Rabbi and Wife Said to be Allies of the Entire Muslim Community ….”

It is more than likely that most readers were shocked. But, it is imperative to recognize that Congregation Beth Israel Rabbi Charlie Cytron-Walker was a hostage, long before he became one in the news Such is always the case when embracing the other includes those who seek nothing less than your demise, as well as your people’s.

It is along said trajectory of twisted thinking that this writer reported (several years ago) on a growing number of highly dangerous and explosive developments, housed under the same multicultural umbrella. While the focus was on the Jewish community, leftist-driven Christian fellowships became ensnared, too.

Wealthy American Jews Help Major Muslim Jihadists Build 5 Million Dollar Mosque In The U.S. According to Sajid Sayed, a reform synagogue known as Congregation Beth Chaim is one of the “biggest supporters” of the mosque his group is having constructed after recently breaking ground. The Institute of Islamic Studies (IIS), which is building the West Windsor mosque, is connected to al-Qaeda and Chechen terrorists through one of its most prominent lecturers and has raised approximately 60 percent of the funds necessary to pay for the $5 million structure. IIS continues to raise funds after having an official groundbreaking ceremony on July 12th.

As for the al-Qaeda connection, it has to do with a very prominent lecturer for IIS named Mazen Mokhtar, who also serves as the Executive Director of Muslim Brotherhood front group, the Muslim American Society(MAS), which holds 501(c)(3) tax exempt status despite its previous Executive Director – Mahdi Bray – being caught on video raising money for Hamas, as Shoebat.com reported. Hamas seeks the elimination of Israel. That would be the same Israel that is supposedly being represented by Congregation Beth Chaim and its Rabbi Eric B. Wisnia.IIS also has 501(c)(3) tax exempt status.

In 2004, the Washington Post reported the following about current MAS Executive Director and IIS lecturer Mokhtar: Score another Stealth Jihad victory for the Muslim Brotherhood over a significant Synagogue in a highly Jewish populated area of Boca Raton, Florida.

This story reads like a psychological thriller with a highly respected Reform Rabbi, Dan Levin, who has become a “useful idiot” in the hands of the master, Muslim Brotherhood manipulator and Florida Atlantic University professor, Bassem Al Halabi. At the center of this real-life drama is a very prominent Jewish leader, Dr. Jeffery Zipper.

The above is merely the tip of the iceberg.

Still, there is one which stands as a spearhead above all the rest, that is, the Turkish-Islamist infiltration and penetration into this very same entry point! The revelations uncovered (November 2017) precipitated a back-lash like none other, that is, in over two decades of reporting on the scourge of centuries-long Islamic jihad. Threat after threat ensued.

Situated atop the rage, it was the first time that the inter-connecting dots between Islamic jihadists (operating from their headquarters in Turkey), working hand-in-hand via leading Jewish (media-based) “useful idiots” (this very same multicultural mania) were exposed before millions upon millions.of Jews in the diaspora and Israel was caught up.

This ground-breaking event came about at the urgent request of the Editor-in-Chief of a major news site. Alarmed by the rise of the Muslim Brotherhood-penetrated Obama administration, an interview was conducted to educate a world-wide readership about the global tentacles of the titular head of Sunni Islamism: the Muslim Brotherhood. Its parameters became: no-holds-barred.

As such, not only was the Brotherhood Mafia exposed in ways heretofore under the radar, but a major Turkish Islamist (connected six ways to Sunday to President Erdogan’s Brotherhood base) was center stage. Along with the Jewish “useful idiots.”

For details, see “The Muslim Brotherhood’s Quest For Global Dominance: An Interview With Adina Kutnicki“:

But for the purposes of this analysis, the fact that Howard Rotberg “outed” the ties between the Reform Rabbi in Texas and the entire Islamist community,

World Israel News reported this week that after the Islamist terrorist hostage taking at a Texas Reform Temple, a Muslim anti-Israel and pro-BDS activist named Alia Salem said she has been friends with Congregation Beth Israel Rabbi Charlie Cytron-Walker and his wife for over 15 years’ She tweeted that the Rabbi and his wife “are the kindest, most gentle, and loving people who have been absolute rock-solid friends and allies not only to me but to the entire (my emphasis) Muslim community through thick and thin.” …

Its basis bespeaks of the spear-head that awaits the entire Jewish community, while multicultural “dreamers” indulge in their magical thinking.

Most significantly, the most urgent questions remain:

* Has the religious leader (and his fellow congregants) learned anything from this hostage-taking?

* Does he regret not only his deep association with Islamist Alia Salem – who, I allege, practices the “art of taqqiyyah” to a tee – but his “welcome embrace” of the terrorist, tea-offering and all?

If not, why not? More explicitly, what will it take??

Conclusively, from one fellow Jew to another, if he is looking for real Jewish wisdom, Reform Rabbi Cytron-Walker should trash his imaginary version of tikkun olam and absorb authentic, life-saving Jewish wisdom. 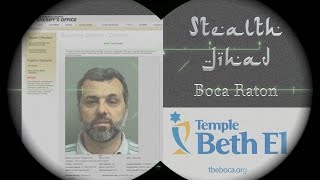 2 thoughts on “Will American Jews learn anything from the Colleyville Jihad? By Adina Kutnicki, Israel National News”