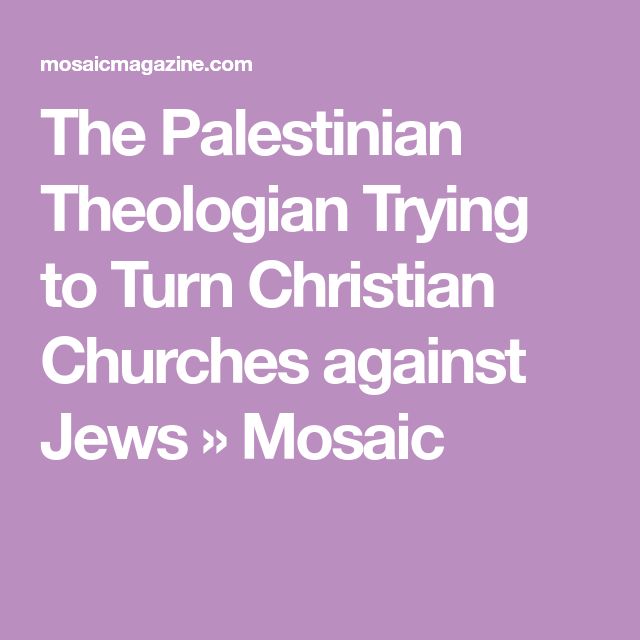 EVEN without delving into the specifics of Christian doctrine (it is hardly an expertise within, unlike Islamic Jihad), it is decidedly the truth that certain denominations are highly liberal, AKA progressive-based. Similarly, Judaism has its own left-leaning stream; that which embraces all manner of heinous actors.  Yes, the “tikkun olam” bandwagon and multi-culti interfaith crew – leftist fetishists operating under “humanitarian” cover. But let’s not digress.

IN this respect, a generalized target is being placed on the activities/teachings of the Evangelical Lutheran Church in America, the umbrella entity of the movement. For the record, its leftward turn has caused countless adherents to jump ship, so to speak. Nevertheless, the laser-focus is on a particularly dangerous “Palestinian” Pastor….wait and see.
ELCA’s stance on homosexuality and other matters has had international effects.  Vogts notes that “many of the largest and fastest-growing Lutheran church bodies in the world” have cut “historic ties” to ELCA” in favor of LCMS.  These include Ethiopia’s six million Lutherans, “nearly as many as all American Lutheran church bodies combined,” the Evangelical Lutheran Church of Liberia, Siberian Evangelical Lutheran Church, and the Lutheran Church of Togo.  The “center of world Lutheranism is shifting from Europe and America to Africa, Asia, and South America, and the LCMS is becoming the theological leader of these growing Lutheran church bodies.”  ELCA, meanwhile, “is becoming increasingly isolated in world Lutheranism…..”
THAT being established, the following exploration into the underbelly of Mitri Raheb – Pastor of the Evangelical Lutheran Church in Bethlehem – should serve as an “opening shot.” Bear in mind, this is due to an investigative “shout out” into his Jihadi proclivities. Associations. Resultant, a preliminary case must be built.
ALAS, it is not for nothing that Raheb aligns with a leftist-driven ecumenical umbrella, in so far that their ears are completely receptive to Islamic Jihad-driven overtures – never mind that he is an Arab Christian! Indeed, the red-green alliance is (more than) in operational play. As a Pastor, know that Raheb’s real mission has little to do with “Christ’s teachings.” Rather, the Church’s centrality to anti-Zionist activities is front and center.
TO said end, a backgrounder is in order, after which the real meat will come into focus.
BACKGROUNDER: MITRI RAHEB

IN his book, “Faith In The Face of Empire” (just one out of several on the same theme of “liberation”…code-word for Jihad), the following, in one variation or another, is used as justification for all manner of “resistance” – of course, under the imprimatur of “religious” cover.

– “Throughout the Bible, with the exception of the Exodus, the God in whom the people of Palestine put their faith appears to be silent (Raheb, 69).”
–  “The siege that Israel imposes on Gaza aims at developing two diverse and unrelated identities, one in the West Bank, the other in the Gaza Strip. The stronger these identities develop in isolation from one another, the less likely it is for their people to unite (Raheb, 73).”

–  “That seems to be the length of time or capacity of the people of Palestine for enduring direct military confrontation. The longer an Intifada continues, the more it becomes a liability for the population (Raheb, 75).”

–   “The group who is promoting the law today as the solution to the Palestinian problem is Hamas. The Arabic word for law is sharia.  For Hamas, as part of the Muslim Brotherhood movement, sharia is the way to true liberation.  The fact that Hamas has been engaged in fighting Israel since 1988 should not make us think that this group belongs to the zealots.  On the contrary, in all Muslim Brotherhood writings, the main focus is on having divine law control peoples’ daily lives.  Their main fight is not with the empire, but with their own people who have forgotten their religious identity (Raheb, 78).”
–   “In today’s Palestine these are the subcontractors who distribute Israeli products to the Palestinian markets, who bid on contracts in Israeli settlements, or who collaborate by providing information on people and organizations.  This group wants to exploit the empire by helping to exploit its own people.  For this group, the empire is good business.  Why fight for liberation?  Long live the empire (Raheb, 80)!”
–  “Liberation is not an end to itself (Raheb, 82).”  It is not enough to “be like all the other nations.” It is not enough to “restore the kingdom.”  The goal must be a free and independent state.
– “If Israelis and Palestinians are frank with themselves, they need to admit that the state project they’ve respectively worked so hard to achieve for the last sixty or so years has failed.  Israel developed an apartheid system, and the Palestinian mini-state in Gaza or the Palestinian “holes in the cheese” of the West Bank are not the dream for which people fought.  Yet, both people’s are still unable and / or unwilling to admit that hard and painful truth and begin looking for new models of coexistence (Raheb, 84).”
STIPULATED, his real thrust couldn’t be clearer. Besides, as is known, straight from the horse’s mouth is always best.
STILL yet, in furtherance to said indictment, have no doubt: Raheb is a VERY dangerous leader of Christian anti-Zionism, so much so, he “deserves” top-dog billing. For decades, he has been traveling throughout the west (with his sidekick, Anglican counterpart Naim Ateek of The Sabeel Ecumenical Liberation Theology Center), for the sole purpose of delegitimizing the “Zionist entity”, again, under Pastoral garb. Demonstrably, he is fully cognizant that “Liberation Theology” is cat-nip to leftist Christian audiences; selling them the lie that the so-called “Palestinian” people are akin to Jews living under Roman rule and must “resist the occupation” – by any means necessary. Basically, Jihad, über alles.

TO wit, Raheb declared in the Egyptian daily Al Masry Al Youm in March of 2016:

Hamas is a Palestinian political movement that has an important role. No one can deny this. The Church is in constant communication with Hamas in the West bank via many delegations from the Church. Some people in the church believe in the armed resistance, and we do not disagree. Once you have occupation, you will have resistance.

INCONTESTABLY, there is a DIRECT pipeline between Raheb’s Church and Hamas; the Gazan operational arm of the global Jihadi hydra, the Brotherhood Mafia. More specifically, Hamas, founded in 1987, is an offshoot of the Egyptian branch of the Brotherhood.

NOW, onto the “opening shot” of Raheb’s tie-ins to Hamas, aside from his clearly unambiguous support thereof – material or otherwise.

IN the main, don’t be fooled by their jive-talking “peace-pipe” mantras, that is, unless dead Jews are inconsequential. Read between the lines…lies…

IN this regard, let’s start to connect the Jihadi dots – which run straight through Telos, as a primary mover and shaker via (a new “theological” activist movement) the Evangelical Christian community, Raheb, and like-minded associates. Telos’s raison d’être is to support “Palestinian” causes – violent and otherwise.

AND it is through Telos that much of Raheb’s Jihadi messaging spreads like wildfire. Unequivocally, he is a “star” speaker on the U.S. (and western) circuit, duly described as “a select group of Israeli and Palestinian civil society leaders, human rights advocates, opinion shapers, and social entrepreneurs,” who are flown in “to introduce authentic voices from the ground into the American conversation about the Holy Land.” Hmm.

IN tandem, pilgrimages to PA-controlled areas are part of Telos’s propaganda tours and campaigns. Of course, Raheb is a featured speaker and guide. Know that his perch in Bethlehem lends a special cache and allure. For aside from their leftist ideology, said Christians find themselves in the birthplace of Jesus, and can’t help but become captivated! Never mind that his views are as far apart from the teachings of Jesus, despite bastardizing them to conform with “Liberation Theology!”

NOT only that, since 2013, Telos’s Presidential Advisory Council boasts a “who’s who” of Brotherhood Mafia leaders from its multi-faceted hydras. But one “super star” stands out. Introducing….

Salam Al-Marayati is a founder and current president of the Muslim Public Affairs Council – a closely linked arm of the Brotherhood Mafia from its Egyptian branch – and openly defends terrorist groups and acts of terrorism as “legitimate resistance.” In fact, his support thereof was on full throttle display, after the horrific massacre on 9/11/01. He said:

If we’re going to look at suspects, we should look to the groups that benefit the most from these kinds of incidents, and I think we should put the state of Israel on the suspect list because I think this diverts attention from what’s happening in the Palestinian territories so that they can go on with their aggression and occupation and apartheid policies.

IN other words, Al-Qaeda must be taken off the hook!
AS is said, at the end of it all, sach ha’kol, the company one keeps is (more than) a reflection of one’s views. Emblematic. Even more so, this is the case when one openly supports Jihadi terror as “legitimate resistance.”
OH, not to be remiss, guess who is the main financial underwriter of Telos? The most virulent (non-Islamic) hater of Israel, that’s who – George Soros, the devil incarnate!
BIRDS OF A (RED-GREEN) FEATHER….
STAY TUNED….