NOT unlike the U.S., where judicial activism AKA social engineering has become synonymous with “justice”, similarly, Israel’s Supreme Court comports itself.

IN the main, a democracy can’t be deemed healthy and robust without adhering to a very basic principle, that is, the separation of powers. In effect, the final interpreters of the “law(s) of the land” dare not overstep their mandate by usurping the legislative branch, be it Congress or Israel’s Knesset.

THAT being said, the following via Israel Institute for Strategic Studies is more than instructive, as to what underlies the rot, as well as what is at stake.

A letter to the Minister of Justice the Honorable Ayelet Shaked. The Rule of Law or the Rule of lawyers. By: Malcolm Dash – www.strategic-israel.org

To lose our country by a scrupulous adherence to the written law, would be to lose the law itself, with life, liberty, property and all those who are enjoying them with us; thus absurdly sacrificing the ends to the means. – Thomas Jefferson, September 20, 1810

The brouhaha that has erupted over the Minister of Justices’ proposed reform to the, nomination and selection process for Supreme Court Justices, has once again thrust the question of the relationship between the judiciary and the political establishment into the headlines. The result has been that Israel’s entrenched civil society elites have hurriedly begun to “circle their wagons” to protect their holiest sacred cow from the allegedly grievous harm, if the current judicial selection system is in any way changed. Incredibly, elite outrage focuses on an attempt in the proposed legislation to break the veto power sitting justices have in determining who will be their successors, an arrangement unheard of in any major democratic country. So rather than defending democracy, appalled critics of the proposed legislation are perpetuating judicial tyranny.

Israel, like any vibrant functioning democracy, needs a strong, independent judiciary – to interpret the law, not to make it.

“In Israel, the negative impact of the judicialization of politics on the Supreme Court’s legitimacy is already beginning to show its mark. Over the past decade, the public image of the Supreme Court as an autonomous and impartial arbiter has been increasingly eroded… the court and its judges are increasingly viewed by a considerable portion of the Israeli public as pushing forward their own political agenda…” – Prof. Ran Hirschl, Towards Juristocracy: The Origins and Consequences of the New Constitutionalism, Harvard University Press, 2004.

The unelected judiciary will not be answerable to anyone for outcomes that result from imposing on the elected branches of government, measures that it was not elected to implement – or were elected not to implement. This then is the grave danger involved in the usurpation of authority by the courts.

By exceeding its authority, by its arrogance and self-important elitism, Israel’s judiciary is placing itself in jeopardy. With the mounting loss of public trust, the judicial system cannot for long remain credible and the public will resort to settling its disputes by alternative methods. Without the legitimacy of the legal system, non-democratic authoritarian and tyrannical regimes inevitably take root.

In Israel, the rule of law has been superseded by the “rule of lawyers”, who may well be perceived as undermining the very rule of law that they pledge to uphold. Drawn from the ranks of lawyers, judges are appointed at a relatively early age and typically remain in their positions up until the mandatory retirement age of 70. They therefore have many years in which to shape the court’s agenda and influence the appointment of future justices.

Judges in the mold of ex Supreme Court president Aharon Barak have left an indelible “activist” stamp on the legal establishment. Indeed Barak is a prime example of such “activism” although he professed he did not have an agenda. It became clear however that most judges who served with him and subsequently after him, adopted his activist prescriptions and Justice Bork said “it is highly unlikely that they would rule according to beliefs other than their own”. Justice Bork described activist justices “as those who enact their own beliefs” however Justice Barak is quoted as writing, that “None of us may turn our personal beliefs into the law of the land.” http://azure.org.il/download/magazine/1119AZ_27_bork_review.pdf

In effect judicial activism is an efficient way to promote a re-engineering of the social order of the day. It’s no surprise then, that NGO’s, Human Rights crusaders and the like, turn to the courts for their stamp of approval to further their social activism in order to affect government policy, rather than through the legislative process in the Knesset. Social, familial and community values of Jewish/Israeli culture are routinely being challenged before the Supreme Court as are indeed political, economic and security matters. The Justices have vested themselves with the agency to carry out broad cultural changes, on the pronouncements of (unelected) lawyers, who have been upgraded to serve as Supreme Court justices.

To be sure, the original architects of Israel’s Supreme Court never intended for the Justices to exercise this type of excessive power. The envisaged purpose was not for them to formulate laws, or create social policy—their allotted function was to make judgments on laws legislated by the democratically elected parliament. Supreme Court justices are not intrinsically more moral or less imperfect than others, they too are simply individuals, like the rest of the citizenry, with biases, prejudices and the like. Yet this “select” group of individuals is attempting to effect cultural and policy choices that have profound importance for all Israelis, in many instances in opposition to the will of the people and its democratically elected parliament. Judicial activism’s detrimental effect on the democratic process must be curtailed, whether it reflects Conservative or Progressive Liberal agendas, it is every bit as deplorable.

The elected Legislature’s majority decisions may or may not accord with the Supreme Court’s, worldview, its standards and moral codes. But judicial interdict of those majority outcomes is not at all democratic – in fact are clearly undemocratic.

According to Justice Robert Bork, an eminent American legal authority, once characterized the situation as follows; “ Supreme Court President Barak’s judicial vetoes of majority decisions’ “may or may not be proper in a given case, but one thing they are not, is a form of democracy, indeed they are a check on democracy”. (1987)

Barak’s assertion that both the people’s decisions and the frustration of those decisions are “democracy” eliminates the distinction between rule by elected representatives and rule by judges. As a result this leads to ever-increasing judicial power and the unelected judges assume the role of a supra- legislative body. The arrogated powers of the Judges to override both legislative and executive decisions is no less than a “constitutional revolution”. Ironically in stark contradiction to Barak’s pronouncement that “the court is authorized to interpret the constitution, but it is not authorized to create a constitution”.

The troubling question is, if the legal system is supposed to reflect society’s’ norms i.e. current cultural conventions, moral values, traditions and ethical principles that people cherish, why do the judges regularly issue legal edicts and laws that in too many instances do not accord with the wishes of the people?. It would seem rather, that the Judges defer to the opinions dominant within the “self-appointed” intellectual elites. These elites, comprised of the legal establishment, main stream media and voices in academia who allegedly personify the wisdom to know what justice is, what truth is, what morality is and what standards and norms should be adopted.

The courts have adroitly expanded their legal authority by intervening in political matters. In stark contradiction to his previously cited position that: “the court … is not authorized to create a constitution” Barak declared elsewhere “I reject the contention that the judge merely states the law and does not create it” (“A Judge on Judging”, The Role of a Supreme Court in a Democracy Yale Law School 1-1-2002)

Thomas Jefferson expressed his fears of judicial overreach when he wrote:

“the germ of dissolution of our federal government is in the constitution of the federal judiciary: an irresponsible body, working like gravity by night and by day, gaining a little to-day and a little tomorrow, and advancing it’s noiseless step like a thief, over the field of jurisdiction until all shall be usurped from the States, and the government of all be consolidated into one. To this I am opposed; because, when all government, domestic and foreign, in little as in great things, shall be drawn to Washington as the center of all it will render powerless the checks provided of one government on another and will become as venal and oppressive as the government from which we separated.” – Letter to Charles Hammond, August 18, 1821

Israel’s Supreme Court, acts as “Supreme Law Giver,” with its relentless creep of increasing powers that erode the very fabric of society by overriding the democratically elected legislature, usurping powers that were neither granted, envisaged nor approved by the democratically elected legislative body. Where are the “checks and balances” that should exist between the judiciary, legislative and executive bodies when the final arbiters are the Judges who can nullify the other branches of government?

In this sense Judicial activism becomes a means to promote socio-political and economic objectives to rearrange the social order of the day. This clearly could well precipitate and become a devastatingly divisive development within Israeli society.

The Supreme Court is on many occasions the embodiment of judicial autocracy in our everyday lives and if left unchallenged could endanger everyone’s liberty and freedom. Accordingly the question that must be asked is, in order to restore credibility and confidence in the highest court in the land, the process of appointing Supreme Court Justices has to be reformed. The justice’s nepotism that is reflected in their veto powers over candidates to Supreme Court is an unacceptable practice and unquestionably undemocratic.

Transparency is imperative, prospective nominees for the Supreme Court should appear before a bi-partisan parliamentary committee for ratification comparable to the US congressional hearings.

Likewise, the widely respected Canadian appointment process should be considered in which the elected government is heavily involved in the appointment of the judiciary – see Peter W. Hogg, C.C., Q.C., Hall Law School of York University “II. THE POWER AND PROCESS OF APPOINTMENT, http://digitalcommons.osgoode.yorku.ca/cgi/

Our democratically elected representatives are not without blame for the diminution of their legislative powers. By and large, when challenged by Lawyers turned Judges, Israeli parliamentarians have, more often than not deferred to the Courts rulings, thus surrendering much of their legislative prerogatives.

Sadly this has produced a vacuum for activist Judges to insert themselves into and replace “The Rule of Law for the “Rule of lawyers”.

MOST significantly, the fact that Israel does not have a Constitution – yes, you read that right – underlies much of its political dysfunction, aside from sundry weighty structural flaws to its system of governance.

BUT what stands above all else is this: the left has a stranglehold on Israel’s power centers, be they within the media, academia, cultural centers, and, of course, the legal arena. Choke-holds.

SUCH is the case, regardless of which party stands at the helm of the Knesset. Much of this rot is (briefly) explained within The Paradox of Israeli Politics: Vote Right, Get Left.

NEVERTHELESS, a “window of opportunity” has arisen to finally ! break the left’s hegemonic vise-grip on Israel’s injudicious Supreme Court. At its core, justices not only march in lock-step, akin to die-hard social activists, but have the ability to pick and choose their like-minded colleagues. Fiefdom. 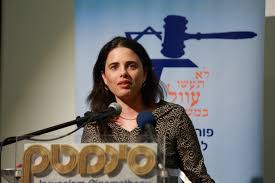 LET’s just pray that Israel’s Minister of Justice, the Honorable Ayelet Shaked, succeeds in her righteous national mission. Trust, it will be one huge leap forward toward Jewish justice in Israel, as opposed to advancing and protecting those who seek little more than eviscerating the nation’s Jewish character and raison d’etre. Demise. 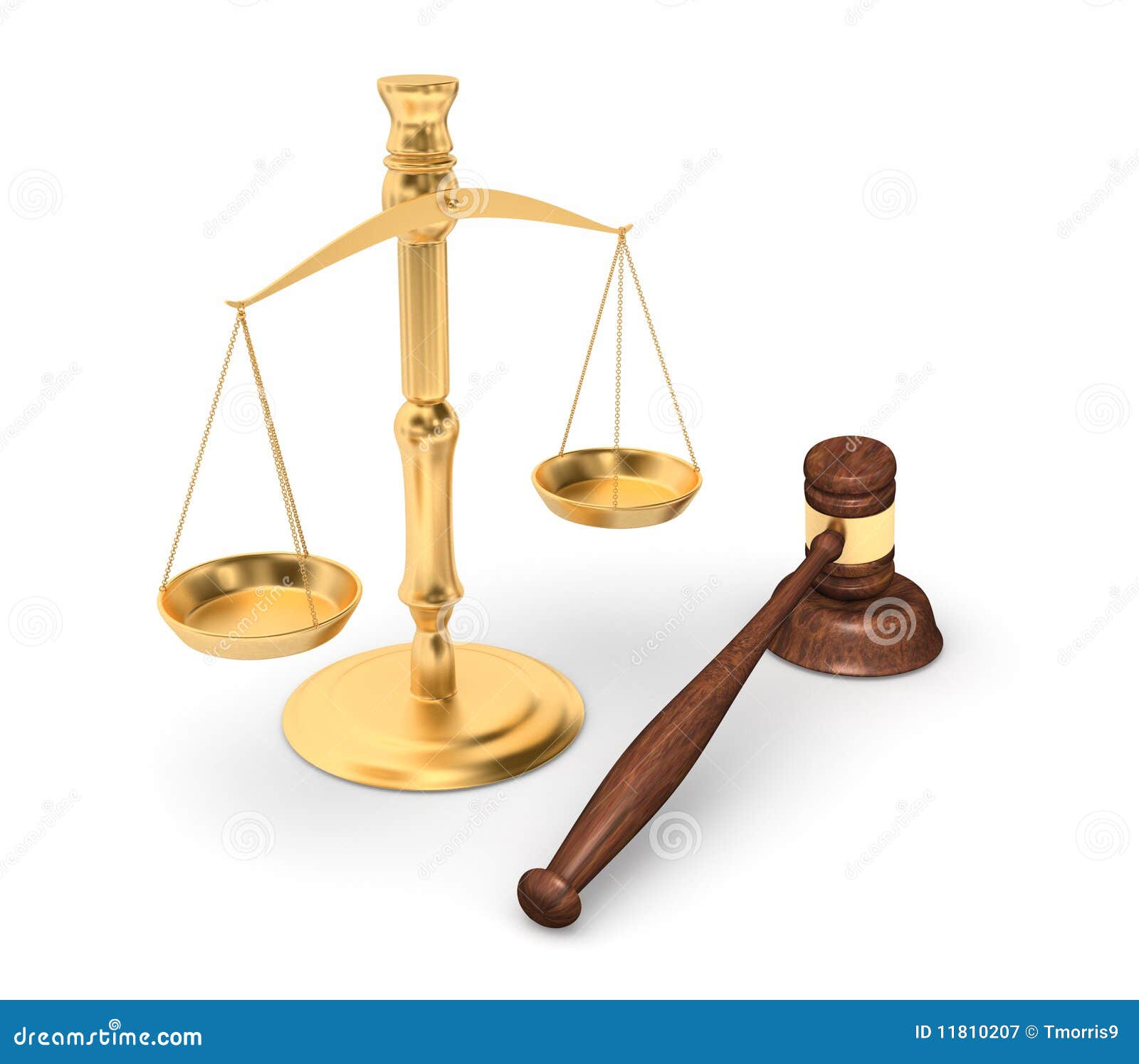 2 thoughts on “Israel’s Supreme Court (A “Gang of Leftists”) Rules With An Iron Fist, Overriding the Rule of Law. What Can Be Done? Commentary By Adina Kutnicki”