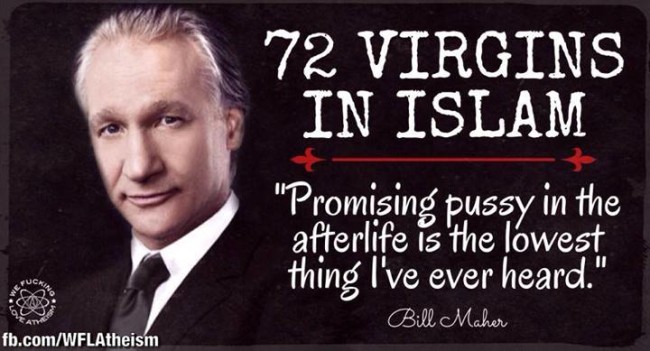 WITHOUT fail, par for the Orwellian course – relative to western apologists for Islamic barbarism – nothing is too egregious within their PC “sensitivities” when it comes to Allah-washing. This is where the end-point of leftist madness juts up against the most heinous crimes against humanity. It is the inevitable slippery slope into the western abyss. No doubt.

CONCRETELY, how many times have American leaders – with Obama Inc. in the forefront, in tandem with RINO counterparts – excused Islamic barbarism under the Orwellian mantra Islam is a “religion of peace?” Countless. Mind you, even after 9/11/01 – the most horrific militant jihadi terror attack to hit the homeland –President Bush babbled the same insane hogwash. It was beyond mind-boggling, as well as the pale of civilized discourse. Agreed?

NOT only that, out of a continuous stream of attacks, let’s see how Frau Merkel handles the latest murderous jihad from one of her protected “refugees”, a 17-year-old to boot.

Europe has been swamped with refugees from all over the Islamic world. Many of them have been welcomed into Germany.  One of those refugees, a teenager from Afghanistan, went on a rampage in Germany. He attacked passengers on a train in the Bavarian city of Wurzburg with an axe.

The attacker has been identified as a 17-year-old Afghan man who was a refugee to Germany, according to reports in Germany.

Bavarian Interior Ministry Joachim Hermann confirmed the news in an interview in which he added the teen had been staying in Ochsenfurt where he boarded the train.

Police have confirmed that at least four people, three of who feared to be fighting for their lives, have been injured in the horrifying attack – which began this evening. Another 14 are being treated for shock.

During the attack, the man chanted “Allahu akbar”, which is a cry many Muslim terrorists chant. It means “God is great” in Arabic.

RESULTANT, how shocking is it to find out that key details to Islam’s (November 2015) monstrous attack in Paris – which included the massacre in the Bataclan theater concert hall, and left a total of 130 dead at six locations in and near Paris – have been covered up by France’s leadership? Rhetorical.

(The Bataclan theater in Paris, France)

Conservative news site Heat Street is reporting that France withheld information about the tragic Paris nightclub attack that left over 100 dead. Specifically, that terrorists tortured and maimed many of the victims in grotesque ways. Via Heat Street:

A French government committee has heard testimony, suppressed by the French government at the time and not released to the media, that the killers in the Bataclan tortured their victims on the second floor of the club.

Police witnesses in Parliament said they vomited when they saw the disfigured bodies.

Wahhabist killers apparently gouged out eyes, castrated victims, and shoved their testicles in their mouths. They may also have disemboweled some poor souls. Women were stabbed in the genitals – and all the torture was, victims told police, filmed for Daesh or Islamic State propaganda. For that reason, medics did not release the bodies of torture victims to the families, investigators said.

But prosecutors claimed these reports of torture were “a rumor” on the grounds that sharp knives were not found at the scene. They also claimed that maybe shrapnel had caused the injuries.

In the wake of another unspeakable tragedy, it’s imperative that French citizens understand what they’re up against. Protecting them from sensitive information like this, no matter how difficult it is to hear, does no one any good.

EVEN more so, the specifics of the savagery perpetrated by Allah’s Muslim Terrorists at Bataclan are jaw-dropping, especially to those who still believe that Islam is a “religion of peace”! In any case, spin aside, the facts are what they are.

The witness was later asked by Fenech how he had come to learn of the acts of barbarism. He answered that he himself had only witnessed bodies struck by bullets, on the ground floor.

But he learned the gruesome details from another investigator, whom he found vomiting and crying after seeing the carnage upstairs, he told investigators.

“After the assault, we were with our colleagues at the Saint-Pierre-Amelot corridor when I saw an investigator leaving in tears, who was just about to throw up,” the police witness said.

STILL yet, as if on cue, so-called journalists – who are irredeemably PC-addled – are crying foul, insisting that it didn’t happen! As if.
BUT never mind. Those who are awake to the scourge of Islam are starting to rise up, even if most (aside from a paltry few) of the leadership are in full-on denial mode. So it is along these lines that some hopeful signs are emerging.
SIGN ONE:
ON a macro scale, a smattering of nation-states refuse to cow and bow, thus, Islam is going in this direction >>>>> bye, bye!!

ALONG this nation-saving trajectory, the following is also crusade-worthy: “Have the Crusades finally started again?” Patriots, take notes. Incontestably, it is WAY past time for a housecleaning, so to speak. It is what it is. 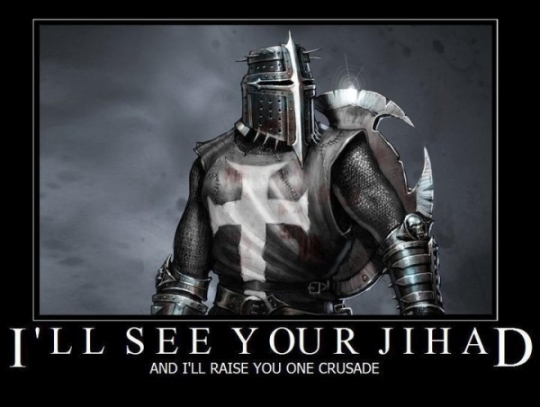 ALTHOUGH seemingly a drop in the bucket, Rhode Island’s so-called mosque vandalism is a hopeful sign – all the pissants and their howling beside the point.

Vandalism at a Rhode Island mosque discovered not long after the deadly truck attack in Nice, France, spurred a call by the Council on American-Islamic Relations for authorities around the U.S. to increase police patrols to protect Muslim institutions.

Police said they were looking for a hooded person who spray-painted anti-Muslim graffiti in large red letters on the front of the Muslim Community Center of Kingston’s Masjid Al-Hoda and smashed its windows with what looked like an ax. A witness reported the vandalism not long after Thursday night’s Nice attack, which French officials have called an undeniable act of terror though no group had claimed responsibility…..continue reading….

HEY CAIR, STFU! You got that? Your incessant whining – each and every time patriots show a spine, but only after your fellow Islamists, once again, wreck carnage in the name of Allah – is getting on these nerves. And that’s not a good thing. Bleeding ears and all that. Besides, what’s graffiti and a little more, when compared to exploding body parts!

ALAS, please recognize that the aforementioned (mosque-free) “prescriptive” measures have been highlighted within these pages, and on more than one occasion. Indeed, mosques are their barracks within. Simply put, they are enemy encampments which are housed under the guise of religion. As such, they are target-rich for open season.

AND it is into the fiery fray that Texans always take the lead, and this time is no exception.

Dozens of Muslims in Irving are upset after the city council passed a resolution in support of a new state house bill some Muslims believe targets their faith.

Council members voted Thursday night on a resolution that support Texas HB 562, which forbids the use of foreign law and codifies the supremacy of U.S. and state law.

“I think it’s the most disgraceful day in the city of Irving,” said Omar Suleiman, an Irving resident who is Muslim. “The elephant in the room is that it’s the anti-Shariah bill.”

Some Muslims in Irving believe the resolution is in reaction to a new Islamic Tribunal that is operating in the city.

Judges had previously told community members their work is non-binding and they only deal with civil disputes like marriage. They also said U.S. and state laws supersede any decisions they make.

“This bill does not mention at all Muslims, Shariah Law, Islam, even religion,” said Mayor Beth Van Duyne.

Mayor Beth Van Duyne said it is important to recognize the constitution and unite behind U.S. and Texas laws.

ONCE again, Shariah law (court) infiltration and penetration has been a focal point at this site.
CONCLUSIVELY, to those who may be offended by Bill Maher’s crass words (cited in the opening pictorial), well, get over it!! For if one is relegated to monitoring their “p’s and q’s” when it comes to the most retrograde force known to man, where is the morality in that? Effectively, any truth-telling re Islam is not only within bounds, but should be applauded. Indeed, fighting for western civilization – and this IS a clash between civilizations – requires every arsenal imaginable, verbal “attacks” notwithstanding! 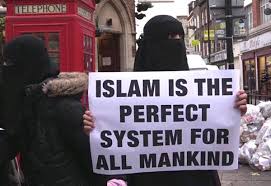