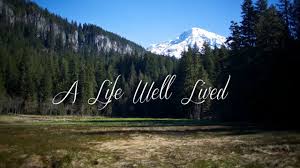 Oftentimes when referring to the untimely death of another’s loved one, well-meaning people segue into the term “closure.” This tends to be the case whether the loss involves a child, spouse, parent, or sibling. Inevitably, “isn’t it time to move on”, its corollary implication, follows.

The fact remains that while one doesn’t “get over it”, one can move through it. Its sting doesn’t “get better”, yet, in due course, it does feel different.

Yes, it is true that the passage of time heals many deep wounds, the fact remains that said central losses aren’t subject to “closure”, per se. Rather, they are designated to a special place within the very inner recesses close to ones heart. Private. Cherished. Inherently, this is not a distinction without a difference.

Along this time continuum, as it relates to the unbearable loss of a loved one, the passing of my beloved husband, Frank Kutnicki, z”l – of blessed memory – resonates most. Significantly, a life well-lived leaves many unique markings, the scope (and loss) of which can also be felt beyond personal and familial confines.

Alas, this is why concentrating on his life well-lived, as opposed to his very sudden and untimely death, frankly (no pun intended), has been a blessing. Even so, it is doubtful that I would have reached this critical passage of understanding without following the example of our beloved sons. Besides, where is it written that parents can’t learn from their children?

Intrinsically, a pivotal turning point came at two significant junctures, although unrecognized as such at the time. More tellingly, akin to his father, our youngest son comports himself in an understated, reserved and humble manner. Still waters run deep. And this precious quality has been instrumental towards a more hopeful outlook, to a place where my beloveds life well-lived became the central focus.

In a quiet and unassuming manner, in a quest to trace his father’s (paternal) familial roots, he undertook an actual journey from Israel to Poland. Intended as a tribute from a son to his father, unbeknownst, it became so much more.  And for extended family, friends and others, its basis is housed under the web platform of his alma mater, if interested.

The story of the Kutnicki family of Otwock, Poland

First, to my father Frank Kutnicki, z”l, who, along with hundreds of thousands of other children of Holocaust victims, grew up in torment knowing (and not knowing) what atrocities had been committed to their parents. As for the work involved, this project was possible thanks to the saintly patience and support of my wife Kayla, the encouragement of my uncle Larry Kutnicki, and the expertise of Jewish genealogy experts Yale Reisner and Anna Przybyszewska Drozd of the Zydowski Instytut Historyczny (Jewish Historical Institute) in Warsaw, Sebastian Rakowski of the Museum of Otwock, the kind librarians of the National Museum, Jerusalem, Israel and Daniela Malec, Polish translator and recent immigrant to Tel Aviv.

Lo and behold – about a year and a half onward – I was shocked to discover another project was quietly in the making; this time, a labor of love by both our sons. They compiled, “Celebrating the Life of Frank Kutnicki“, a pictorial and testimonial book of his life. Naturally, it’s his personal story and journey. It is compartmentalized into awesome encapsulations of a life well-lived. A more than well-deserved tribute to a beloved husband, father, brother, friend and highly regarded and respected professional.

4 thoughts on “Frank Kutnicki, z”l: Honoring A Loved One Through A Life Well-Lived. Commentary By Adina Kutnicki”