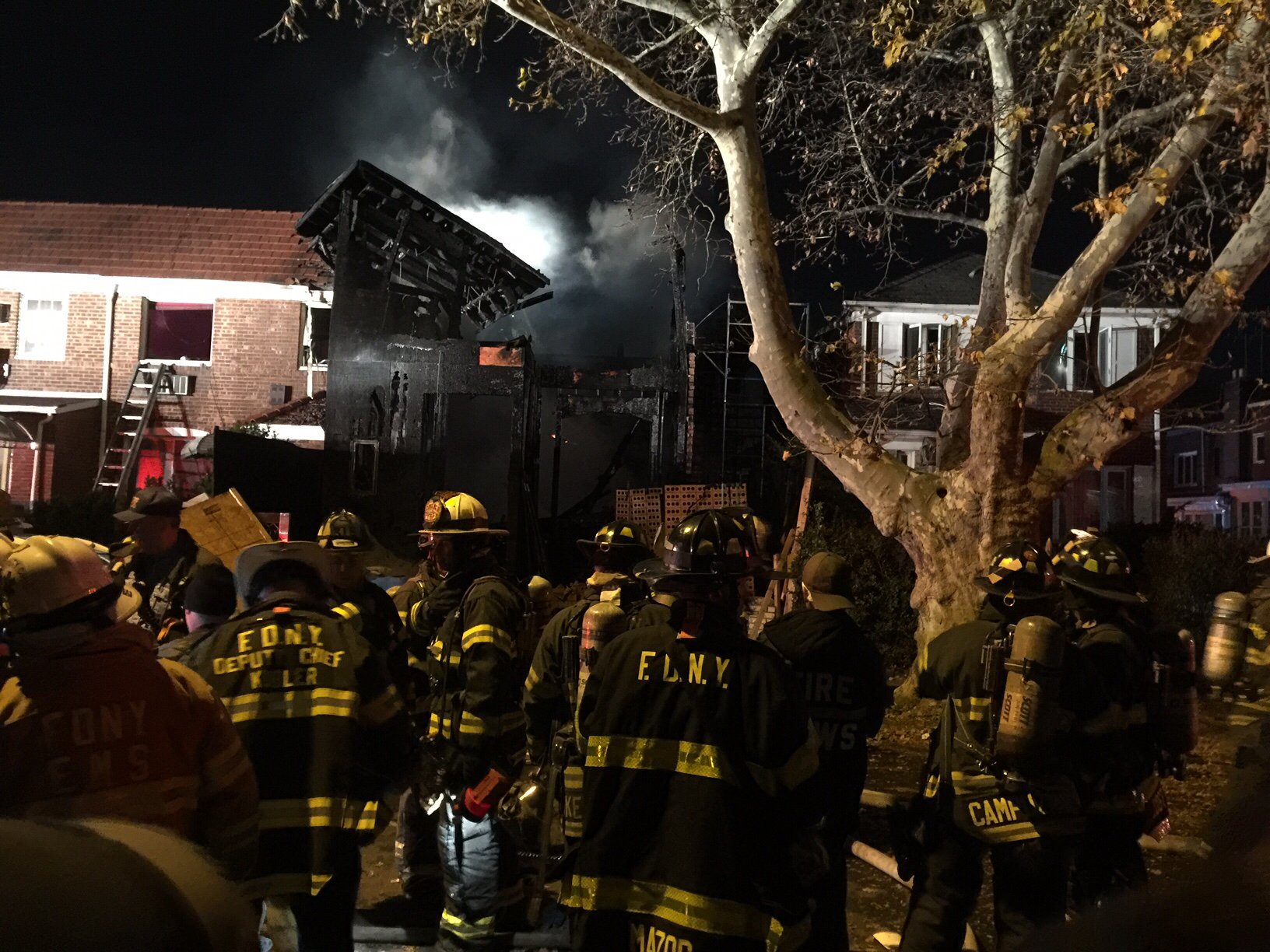 WHILE being right has its own rewards, there are certain times when being off the mark is preferred. This is one of those times.

READERS may recall a recent analysis which dealt with the nexus between militant jihad in Israel and its (emerging) mirror-like image in America. It is not for nothing. In part, it read:

AMERICAN patriots, stand ready for frontal jihad in your neighborhoods. Alas, “welcome” to the struggle of Israeli Zionists. The following are some Lessons Learned:

WHETHER or not Americans (westerners alike) even realize it, or no less want to admit it, they were “drafted” into war against Islam on 9/11/01. Even more so, the actual “recruitment” date was on Nov. 5, 1990. Huh?

WELL, as discomfiting as it is for some, the “opening of jihad on U.S. soil”occurred with the assassination of Rabbi Meir Kahane (Nov. 5, 1990) by Islamic jihadists at the Marriott Hotel in NYC. If you don’t want to believe this investigative journalist (who put all the pieces together not too long after the shot across the bow happened, yet, was asked to write about it in 2005 for various reasons), so be it.

REGARDLESS, it won’t change the fact that the VERY same militant jihad that has been plaguing Israel (from time immemorial, most notably, since its re-establishment in 1948, and after centuries-long Jewish attachment and continuous presence) reared its head in America in 1990, even though acts of jihad preceded said date. But let’s not digress…

IN this regard, isn’t it “fair” to suggest: Yes, Americans (westerners at large, though Euros would rather die on Islam’s altar than accept its basis), like their Israeli Zionist counterparts, are waging the same battle against Islam’s barbarians, even though it appears as if militant jihad is (mostly) confined to the fiery Mid East. Thus, as an American-Israeli (and a Conservative patriot to both nations), the best gifts from said knowledge base are jihadi-related, all the while imparting “lessons learned.”

FRONTAL jihad on America’s streets will (soon) take on a different blend of terror, in comparison to the onslaught on 9/11/01. In other words, whereas jumbo jets were used for maximum carnage, their tactics, as always, evolve with the times….continue reading….

ALAS, it is along the lengthy and bloody spectrum of Islamic terror that jihadi arson catapults to the fore, even though it is a little known tactic of choice. Par for the course, mainstream media keeps it buried, thus, blinding viewers from connecting the dots. Regardless, it is used to burn down non-Muslim land/property – and otherwise terrorize – to (eventually) submit infidels to (the pagan moon-god) Allah!

NOW, certain aspects to this burning issue bear repeating, in so far as it is spreading like wildfire – from the west coast to the east coast.

THIS blogger doesn’t require any official report to confirm that jihad by arson is ravaging America’s landscape. It is their terror tool/signature world over. Israel has long been a (burning) target. In fact, readers may recall the following commentaries, but just as opening shots:

BACK in July 2012, a few weeks into the inception of this site, a highly trusted contact advised it would be worth the time/effort to explore the above issue. Based on the level of insistence from the aforementioned contact – an investigator with a wealth of experience – it soon became clear, indeed, it was a subject which required immediate attention. Thus, Jihad Via Arson: As Fires Rage, Here (in Israel), There (in the U.S.), A Fatwa On Our Heads became this blog’s starting point. It was given a heads up. The go ahead.

A few months later, October 13, 2012 to be exact, Islamic Wildfires Coming Full Circle: To A U.S. Forest Near You made its debut.

NOT to be lost in the discussion, jihad by arson is a non-stop terror tactic within Israel. NO one should dare to forget their jihadi handiwork, back in December 2010, as the Carmel mountain ridge jihadi fires (though reported ‘accidental’, ostensibly due to an errant camper, ‘unofficial’ reports beg to differ…but never mind, Israel’s poohbahs feign otherwise, pretending that the internal fifth column are akin to frisky Allah-loving boys scouts) became the wildfire of all wildfires, creeping close enough to a nearest and dearest’s family home that they fled for their lives! This visual aid should clear through some of the smoke, you know, that which is often stuck between the ears of those who still insist that arson is not a real jihadi weapon. Hmm.

Onto some additional fiery exhibits…continue reading….

NOT only that, but al-Qaeda (and its Brotherhood appendages) wrote blueprints re this very (torching) act of jihad! Hmm. Alas, why is there less than negligible coverage re this incendiary issue?? Conversely, when a Muslim house (in Texas) received a dent due to a rock thrown through a window, this “act” gained national attention! What’s up with said media disparity?

The fact largely overlooked by most mainstream news coverage: All the buildings set ablaze since Nov. 8th belonged to Bukharian Jews. Imagine the screaming and yelling and calls for federal investigations if all the suspected arsons were on Muslim homes.

Seven fires have ravaged buildings in the residential neighborhood of Forest Hills in recent weeks, prompting an investigation by the NYPD Arson and Explosive Squad.

“People are outraged and concerned,” said Borukhov, an attorney who has lived in the neighborhood with his wife and three children for the past 16 years. “The community needs to be proactive so the situation doesn’t escalate.”

Though no injuries have been reported, the blazes, targeting large construction sites, have affected neighboring homes more than once. In the most recent fire last Wednesday, Nov. 25, properties on both sides of the conflagration caught fire, said Borukhov. The first incident took place on Nov. 8.

A surveillance video of the suspect (below), a man in a dark hoodie, was released last week; the 112th precinct is promising up to $12,500 for information regarding the arson. Though there have been seven fires, the police have only linked four of them to the suspect so far.

Though officials declined to call the incidents hate crimes or possible terrorism, members of the local Bukharian community held no reservations in doing so.

“If seven Jewish homes had been burned in France within a month, there would be much more of an uproar,” said Boris Yuabov, a doctor who has lived in the community for the past six years with his three children.

He described standing with his non-Jewish neighbors and watching a site on the corner of his block collapse and burn to the ground. “We are scared. These fires are started in the dead of night in a neighborhood with many children and elderly individuals. This is a life-threatening situation.”

Allan Silvera, a non-Bukharian member of the Forest Hills Jewish community, referred to the eerily similar profiles of homeowners targeted as the “elephant in the room.”

“It’s obvious that there’s something in common between the different properties attacked,” he said, adding that the neighborhood, albeit largely Bukharian, is also ethnically diverse. “More needs to be done. The neighborhood is scared to death.”

STILL yet, regardless of all else, the fact that HUSSEIN Obama gifts “Allah’s Muslim Terrorists” free rein and cover throughout America, it renders him an accomplice according to U.S. criminal law.

Complicity is the act of helping or encouraging another individual to commit a crime. It is also commonly referred to as aiding and abetting. One who is complicit is said to be an accomplice. But, even though an accomplice does not actually commit the crime, his or her actions helped someone in the commission of the crime.

EFFECTIVELY, it is not an exaggeration to state that he is, as demonstrated, Islam’s best friend in America. Concomitantly, HUSSEIN Obama is an enemy to America’s (Israel alike) non-Muslim citizens!

CONCLUSIVELY, The Ruling On Burning Forests of Kuffar, via al-Qaeda’s Sheikh Harith Al-Nadari, became the basic template for jihadi arson in 2011. Mind you, this is the same al-Qaeda that HUSSEIN Obama intoned was no longer a threat in 2011 because it was DECIMATED! More audaciously, this same “non-threat” spun off into ISIS (aka ISIL) from al-Qaeda in the Arabian Peninsula (aka AQAP), which was also deemed a “JV” team in Jan. 2014!

MOST significantly, whose side is he on? Asked and answered.