TO the uninitiated, today’s commentary thesis may appear out of left field and more than a stretch. But to those of us who immerse in the netherworld – and it can be compared as such – of Islam and its jihadi tactics, connecting the dots is part of a deep knowledge base and then some. Trust, this is the case.

INDEED, in the same manner in which, as is said, “all roads lead to Rome”, so too Islam’s global barbarism leads to basic addresses: Koranic mandates that are carried out by its twin spears of Sunni and Shia jihadism. More specifically, the Muslim Brotherhood Mafia is its Sunni arm…. 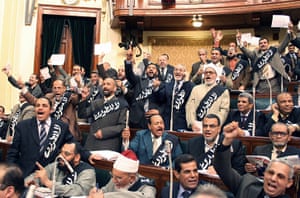 while the other side of the terror spectrum, the Shia, is led by Iran’s proxy forces, namely, Hezbollah and its underlings.

THAT being understood, let’s not waste time, as there is none to lose.

FIRSTLY, as to Virginia Tech and their MSA grievance-mongering…

That’s been the social media message since a threat against the lives of Muslims was found last week written on a bathroom stall in a Virginia Tech building.

On Tuesday night, students, faculty, administrators and community members brought that same message of support in person to the Drillfield at an evening rally. A few thousand people gathered in a cold breeze to show solidarity at the request of Tech’s Muslim Students Association.

“It’s disappointing and frustrating to see this message,” Obaid Rehman, a senior biological sciences and religion major and president of the MSA, said of the threat. “But we want to make something positive come out of it.”

Police found graffiti on a bathroom stall on Nov. 2 in Price Hall that read: “I will be here 11/11/2015 to kill all muslims [sic],” according to a campus alert that was sent out on Thursday….read the whole taqiyya lying story…But never mind, this IS the real MSA.

ON the other hand, juxtapose it against MSA’s twin Islamic arm, SJP, and their ACTUAL hate-filled incitement against Jews at CUNY, yet, there is dead silence from admins and the media!! Nothing to see…moving right along. This clear double standard attests to the incredible hold that Islam’s mouthpieces have over America’s discourse. Its basis is leading the nation into the abyss – Paris-like. Don’t ever doubt this assessment. Blinded eyes.

AS to the statement that “all roads lead to Rome”, in actuality, once again, they lead straight back to Paris. Yes, it is merely the “testing ground” on their way to America! Mind you, one of their main target bases in Paris was Jewish-owned and Israeli connected. Hmm.

There have been attacks in at least seven different locations in Paris in what many are calling a classic jihadist attack plan.

American media, the White House and various other PC liberals are doing their best not to call it what it is, but the French President has closed the borders for the first.

Although Friday night in Paris, sirens were blaring and the streets ran with blood, earlier in the day on ABC’s “Good Morning America,” President Barack Obama downplayed the threat of ISIS and said; “I don’t think they’re gaining strength…”

This President is leading not only from behind but from underneath the Oval Office Desk.

A French radio reporter who was inside the Bataclan theatre that came under attack Friday gave a harrowing account of the “10 horrific minutes” when black-clothed gunmen wielding AK-47s entered and fired calmly and randomly at hundreds of screaming concertgoers.

“It was a bloodbath,” Julien Pierce, a reporter for France’s Europe 1 radio station, told CNN.

An explosion near the sports stadium, the Stade de France, which French news services said was an apparent suicide bombing, occurred as Germany and France were playing a soccer match, forcing a hasty evacuation of Mr. Hollande. As the scope of the assaults quickly became clear, he convened an emergency cabinet meeting and announced that France was placing severe restrictions on its border crossings.

Meanwhile – the big question is not if – it’s when will it happen here in the US?

The Federal Bureau of Investigation (FBI) has nearly 1,000 active probes involving the terrorist group Islamic State of Iraq and Syria (ISIS) inside the United States, dozens of law enforcement officials disclose in a letter to President Obama.

The officials are elected sheriffs in Colorado making a case against the administration’s plan to transfer terrorists held at the U.S. military prison in Guantanamo Bay, Cuba to facilities in the state. Forty-one of Colorado’s elected sheriffs fired off the letter after two federal prisons in Florence (Supermax and the U.S. Penitentiary) along with a state complex near Canon City were reviewed by the Pentagon for the potential transfer. The plan is part of the president’s longtime promise to close the top-security compound at the U.S. Naval base in southeast Cuba.

MIND you, doesn’t yesterday’s commentary – re a military coup – resonate to a higher pitch in the aftermath of Paris, in so far as HUSSEIN Obama is lending them (more than) jihadi cover?

STILL yet, before we can credibly tie in the MSA’s stealth jihad to Paris’s (and elsewhere) frontal, let’s further analyze EXACTLY what went down at Virginia Tech, and with its MSA (mirrored all across American and Canadian campuses) in the forefront.

TO wit, for this lesson we must raptly listen to Dave Gaubatz, the expert of ALL experts on this subject matter. Readers can trust their lives on his DIRECT knowledge base and advice. This investigative journalist places hers in his.

NOW, due to all the above (and so much more), in their wildest dreams Islam’s barbarians never thought that they would achieve a caliphate in the near future, if not stopped dead in their tracks. That close to fruition. But, if anyone still believes that America is not in play, dream on.

RESULTANT, Americans, westerners at large, must understand that just because specific frontal militant jihadi orders may, or may not, be coordinated, the fact remains that its basis is always the same and goal-oriented; ushering in a global caliphate. Think of Islam’s barbarians as independent subcontractors. No kidding!

SIMILARLY, the Brotherhood Mafia’s (Shia mouthpieces alike) stealth arm via cultural jihad is fronted by various entities, but none as prolific as CAIR.

MOST significantly, the MSA, the Brotherhood’s student-led front arm, operates hand-in-glove with CAIR, and their messages are always in lock-step: Play the victim, soften the ground for charges of “Islamophobia”, and make sure that Islam always comes out on top. As to lying to facilitate jihad, well, it is considered a supreme act which pleases Allah. In fact, deception in Islam via Taqiyya, Tawriya, Kitman and Muruna is richly rewarded. Thus, it is impossible to see through Islamic smoke and mirrors without fully internalizing Islam’s tenets, thereby, stripping off ones western lenses. Understood?
IN this regard, whereas the MSA utilizes da’wah to entrap the public – all the while swearing allegiance to jihad at every facet of their lives – militant jihadists, as evidenced in Paris and all across the globe, terrorize the public into accepting Islam as supreme in the land and that is that – or else. Effectively, is there any spitting distance between the MSA and those swathing across the globe, other than tactically??

The Arab-Islamic terrorist organization’s strategy against the Free World is comprised of two parallel but coordinated arms: Jihād – a holy war against the infidels, and Da`wah – the persuasive methods used to convince people to join Islam. Both arms are intended to achieve the same objectives, yet both are used at the same time by different activists and are aimed against different targets. However, between both, Da`wah is more dangerous to the Free World. Jihādappears 41 times in 18 Suwar (plural of Sûrah) in the Qur’ān, mostly coupled with fi-Sabīlillah(in the way of Allah; for the sake of Allah), which transforms it into a religious sanction.Da’wah is the Islamic concept of missionary activity, aimed at persuading all human beings to believe in Allâh. Da`wah is the moderate and graceful opening address used to approach non-believers and convince them to submit to Islam, and if it fails, it is the duty of Jihād to achieve the Islamic goals.

AND if straight from the horse’s mouth is required, okay, so be it:

Iftar would be a good time to not only invite Muslims but non-Muslims. Food is a universal common lure : ) With such incredibly prevalent negative views of Muslims bombarded in the media, we can tell them something unique, and non-threatening about us. Something they would have a positive curiosity about.

If you are interested in inviting non-Muslims to your iftar at home or at work, CAIR has put together a package. They intended a larger gathering at a masjid with publicity, but I think we can use this package to suit our own capabilities. You can print the CAIR hand- out information about Ramadan for them. It is a good opportunity for them to ask you questions about something as non-controversial (phew) as Ramadan : )

7 thoughts on “Virginia Tech’s Stealth Jihad Via Brotherhood’s MSA Intersects With Frontal Jihad In Paris: Where Is The Nexus? America, The Prime Target! Commentary By Adina Kutnicki”