The photo is posted on Mujahidah Bint Usama’s Twitter page and shows her wearing a white lab coat, veil and holding her arm outstretched, with what appears to be a decapitated head. The photo is captioned “Dream Job.. A Terrorist Doc” which she has added a smiley face song and two hearts to.

THE so-called “fairer” sex in the netherworld of Islam can be as monstrous – some even more – as their male counterparts. This is especially true when Muslimas pledge their full throttle allegiance to jihad. They are Allah-driven women, hear them roar! Heads literally roll….their “pious” head to toe clothing notwithstanding!

NOW, all individuals have ingrained natures, so too is the case when it comes to females and jihad. In other words, as recently reported (thankfully, the commentary swirled around the web with lightening speed and to vast acclaim…Muslim websites re-blogged it too…G-d only knows why…could be for purposes of a Fatwa…who the hell knows what marinates in their twisted minds), “sexual jihad” is mandated to both “relax” the male jihadis, as well as to “pump” them up for the next battle. Wish it was a joke…hyperbole.

ALONG this vein, let’s first explore the more “celebrated” women of jihad, but do not think that they are anomalies, nor the following listing all inclusive. Far from it.

Women Of Jihad One:

This monstrous woman, who gloried in blood and murder, should have been shunned by every decent person around her. But apparently there were no such people. She was not only not shunned; she was elected to Parliament and celebrated as a heroine. When she died, 4,000 people attended her funeral, including the Hamas Prime Minister. Tiny Minority of Extremists Update: “Palestinian lawmaker, mother of militants, dies,” by Ibrahim Barzak for the Associated Press, March 17 (thanks to AJ):

GAZA CITY, Gaza Strip — A Palestinian lawmaker known as the “mother of martyrs” who praised and supported three of her sons who were killed while carrying out deadly attacks against Israelis died Sunday, a Gaza official said.

Mariam Farhat, who said she wished she had 100 sons to die while attacking Israelis, died in a Gaza city hospital of health complications including lung ailments and kidney failure, health official Ashraf Al-Kidra said. She was 64.

The mother of 10 first came to attention in 2002 when she recorded a farewell video with her 19-year-old son, Mohammed, giving him her blessing the night before he undertook a shooting attack in a Jewish settlement in the Gaza Strip.

The video showed Mohammed holding hands with his mother, who prayed for him to become a “martyr,” the term Palestinians use for militants killed in attacks on Israelis. Armed with grenades and automatic rifles, he broke into a study hall, killing five seminary students before he was shot dead by a soldier.

In a video that mother and son made together just before the attack, Farhat said: “I wish I had 100 boys like Mohammad. I’d sacrifice them for the sake of God.”

“When I see all the Jews in Palestine killed, that will be enough for me,” his mother said on camera. “I wish he will kill as many as he can, so they will be scared.”

TO use the term mother in the same breath as this monster for Allah is to sully it for time immemorial. But from one mother to another, now that she is six feet under, this devil incarnate should roast in hell-fire for all eternity. This should be the first (of many) punishment meted out for her crimes against humanity. G-d willing. May (his) her name be obliterated….ימח שמו !

EMULATING in her barbaric wake, this investigative journalist has lost count of all the women suicide/homicide bombers, plus those who tried to self-detonate but failed! Yet one stands out in memory, and this is only because a sibling responded to, investigated, the horrific scene: Hanadi Tayseer Abdul Malek Jaradat (Arabic: هنادي تيسير عبدالمالك جرادات‎)….At the time of her suicide, Jaradat was a law student due to qualify as a lawyer in a few weeks.

The Maxim restaurant is a small storefront sitting on a bluff overlooking the Mediterranean Sea. Right away he’s taking notes — how far out are the roadblocks searching for accomplices, where is the police perimeter? He steps lightly, careful to avoid anything that might be evidence, anything that used to be part of someone. For a second, he takes in the pleasant Mediterranean breeze, as if to assure himself that life goes on, then into the carnage he steps. He fights an impulse, learned in his days with Manhattan South homicide, to light up a stogie to mask the stink of slaughter. Back in New York, the old-timers would reach behind the bar, pour a couple fingers of Johnnie Black, and crouch, reading the scene, studying the dead, trying to conjure up their final moments. But this is no sloppy homicide brought on by booze or jealousy, no social-service killing of one skel by another, no scumbag who, let’s face it, had it coming. The dead here are truly innocent. And that is all that is left here, the dead.

Morty knows that at these events, the who done it is rarely a question. He’s learned a lot about bad things since coming to Israel and knows that when people explode bomb belts, their legs often blow down and away, their torsos are vaporized, and their heads fly up, coming to rest close to where they last breathed. The local gendarmes give him a quick rundown. This time it was a woman; she came in with a taxi driver, had herself a meal, got up, and, believe it or not, paid the bill before turning to stand in the middle of the room and flick a toggle switch that sizzled a charge from a nine-volt battery down a wire to ten pounds of explosives that sent shrapnel flying around the crowded cafÃ© at eight hundred meters per second, killing twenty-one people.

Morty quickly discounts the reports of gunfire. It was fragmentation from the bomb that put bulletlike holes in the windows, not any change in tactics. He tries to ignore the gore, to focus on the facts of the case, but body parts are everywhere. There is a fat woman, dead, sitting on a chair, her mass keeping her upright, whereas the other dead are scattered prone, including the man lying beside her, his brains seeping out of his head like yolk from a cracked egg. Witnesses say the bomber was a beautiful Palestinian woman — a lawyer by trade, it would turn out — and her head sits on the floor, looking like a rubbery Halloween fright mask, pretty no more. The world will know her now. Her family will talk of vengeance and God, about a brother killed by the Israeli army, will heap praise on her. Morty will pay attention to none of this. He’s a Detective, not a politician.

He’s busy taking notes, counting the dead, studying the blast patterns, watching his step while studying how the Israeli cops, all too practiced at this, work the set. Bad news ricochets in a well-wired country about the size of New Jersey, so cell phones ring round the place, anguished calls from family never to be answered. Morty has heard the same thing many times and ignores the eerie tones. How did she get in? he wonders. Every restaurant in Israel is required to have a doorman armed with a gun and a magnometer, and they are usually effective and brave; several have died wrestling bombers to the ground……..

OH dear….never ending….as we segue to a Pakistani monster, however, she was one of many foreign student jihadis let into American universities, another parasite. And this one should certainly merit particular American opprobrium, as she DIRECTLY assisted the 9/11/01 terrorists! Of special note, she was a leader at MIT’s MSA, a school very close to heart.

Moreover, there were rumblings about MSA’s MIT most infamous alumni – none other than Ms. Aafia Siddiqui – a 9/11/01 Al Qaeda plotter, now in jail for life !

For a grand overview, please see this  via ‘The Counter Jihad Report’ –

“The Muslim community expressed its outrage this week over a New York Police Department surveillance report from 2006 that theAssociated Press reported on Monday. The report disclosed that the NYPD monitored Muslim Students Association (MSA) chapters in the Northeast. The outrage, centered on the perceived violation of privacy, is based on an incorrect presumption that law enforcement had no cause for concern with the MSA.”

ARE we sensing a (female) pattern here yet? Hope so. But let’s not forget “jihad Jane” – a born and bred American – one who became infamous and wildly dangerous in her own right. Atta girl…. 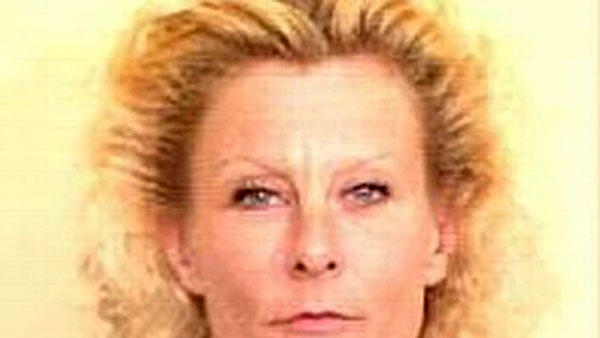 Let’s dare not forget the British (similarly, other Euros following in their footsteps) female soldiers for Allah, ala the “white widow” from Britain. Yet, she is also the “black widow”, as she carries the black flag of Islam!

ALAS, all of the above – and so much more – leads a path straight to the main thesis: women jihadis ARE a clear and present danger, and they are lying-in-wait within the heart of America and Europe.

On the description of herself she has a quote from Anwar al-Awlaki – a high profile terrorist for al-Qaeda. It reads: “Running away from Jihād will not save you from death. You can die as a coward or you can die as a martyr.”

The jihadi is just one of a frighteningly increasing number of British women who have travelled to Syria and Iraq to fight for the IS. Many have been put in charge of stamping out “immoral” behavior at the center of the terror group, while at the same time running brothels full of non-Muslim women to service ISIS fighters.

They have joined the feared al-Khansaa brigade – an all female force intent on hunting down those who do not strictly follow sharia-law. They brigade operates in Raqqa – the Syrian city where the ISIS set up its headquarters and close to where American hostages James Foley and Steven Sotloff are believed to have been executed.

SACH ha’kol, at the end of it all, one must internalize: a preponderance of these barbarians for Allah (male and female) are more highly educated than most westerners. Yes, they are. Not only that, the dastardly mantra, Muslims turn to jihad due to poverty and deprivation is NOTHING more than a monstrous PC leftist/Islamist-driven lie!

REGARDLESS, educated or dumb as oxen, the fact of the matter is that Islam, Shariah law mandated jihad, is the epicenter of the clash between civilizations. NEVER forget this!

REPEAT: there are NO “moderate” adherents to Islam. Whether one becomes an active jihadist or gives material support, it matters not a whit to those killed under the banner of jihad!