IF anyone is still wedded to the propaganda-driven “savior status” of the covid vax — in reality, a medical-scientific proven clot-shot — after reams of evidence of its deadly and dangerous adverse effects, well, there is nothing that will convince the true believers. Nothing.

STILL yet, the heavy-lifting at this end is worth it — if only to serve as a written record for the indictment against those who perpetrated the biggest mass murder across the globe.

AND though the Mockingbird Media will never report on this righteous development, the big honchos, slowly but surely, are paying for their murderous crimes against humanity — all in the name of unbridled power, control, and personal enrichment via mega deals with Big Pharma and assorted criminal leaders throughout the world.

BUT to break it all down into the whys and wherefores of this global treachery, leave it to Tucker Carlson to get to the heart of the matter, in a manner of speaking.

ONTO the latest guinea pig …. 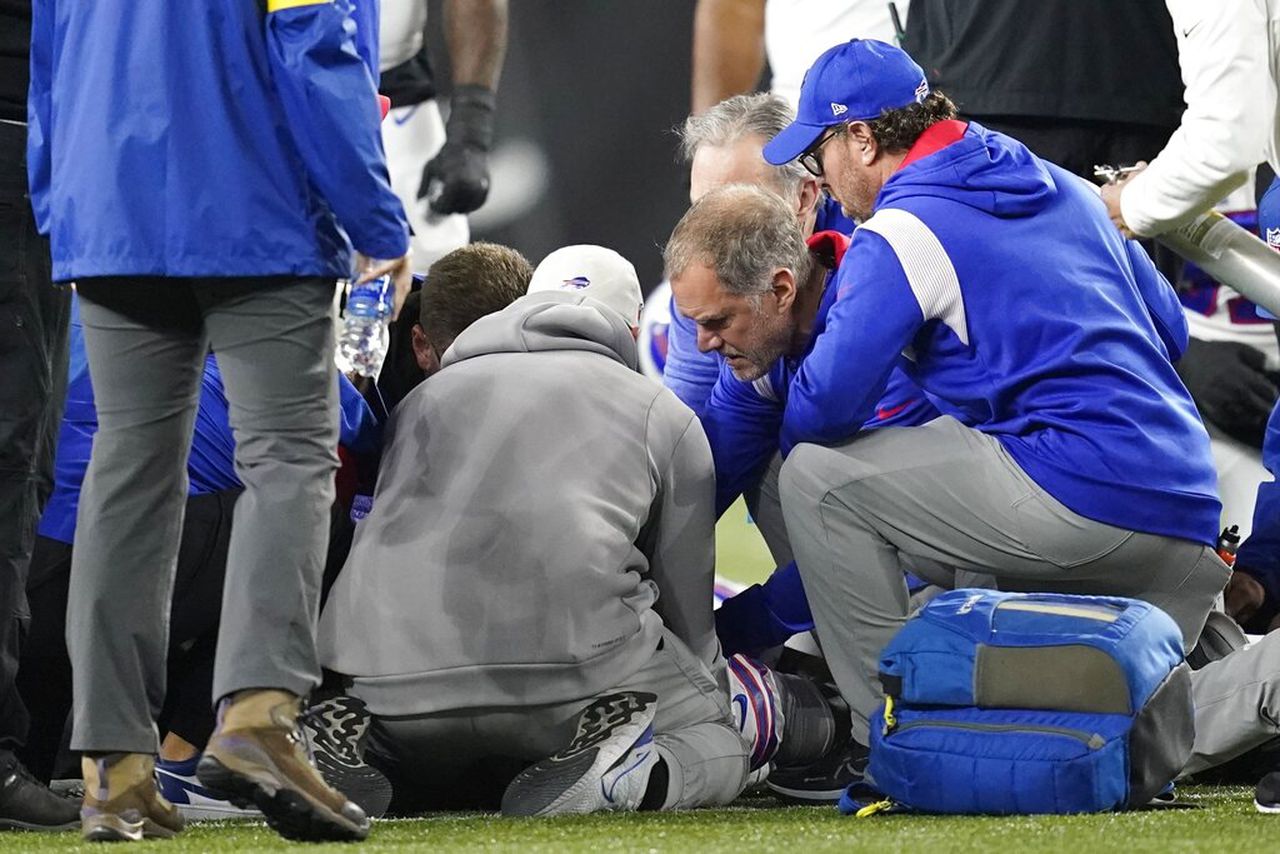 Buffalo safety Damar Hamlin “suffered a cardiac arrest” on the field during an NFL game against the Cincinnati Bengals on Monday night, the Bills announced via Twitter.

“Damar Hamlin suffered a cardiac arrest following a hit in our game versus the Bengals,” the NFL team announced. “His heartbeat was restored on the field, and he was transferred to the UC Medical Center for further testing and treatment. He is currently sedated and listed in critical condition.”

In the first quarter, Hamlin tackled Cincinnati Bengals wide receiver Tee Higgins, who had caught a pass. The Buffalo defensive back stood up after taking the brunt of a blow from Higgins, then collapsed.

Medical personnel attended to Hamlin on the turf at Paycor Stadium as his teammates and opponents reacted with shock and sadness to his situation.

Hamlin was placed in an ambulance on the field and taken to University of Cincinnati Medical Center, which is about 2 miles from the Bengals’ home field.

The players went to their locker rooms after Hamlin was transported, and the NFL announced the game had been postponed. The league did not announce when or if it might be resumed.

… Steve Kirsch and Dr. Peter McCullough discuss the “likely” role of the vaxx…

CONNECT the dots….clear as a bell!!