IF a magician could conjure up a perfect storm to place the final nail in America’s coffin, one would be hard-pressed to design a more lethal one than this two-tier, explosive combo: the evisceration of the southern border with millions of illegals upending the nation’s resources and edifices, in tandem with countless criminal and terrorist plotters roaming free to plan its destruction. An anti-American gift that keeps giving.

NOT only that, first and foremost, when it comes to Islamic jihadis and their unquenchable thirst and blood-lust to decimate the “Big Satan” and the west in toto, countless well-meaning folks become lost in the weeds, so to speak.

ALAS, in a never-ending cycle of attempting to figure out “who’s on first”, they waste precious time re untangling the jihadi hierarchy. A fool’s errand. Six of one, half a dozen of the other.

IN this regard, be they Al Qaeda, ISIS, or another infamous terror-laden hydra — mind you, all of which sprung from the twisted roots of the Muslim Brotherhood Mafia — it matters not a whit. You might as well be chasing ghosts.

AND since this investigative journalist is considered a bonafide expert on Islamic Jihad, take this advice and related warnings to the bank. Your lives may depend on it!

MOREOVER, as the co-author of a seminal book on the ins and outs of Islamic terror, well, 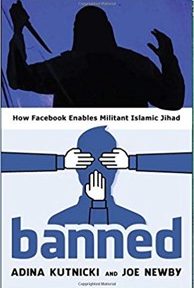 NOW that that is established, let it be on the stated record: aside from all else that the deep state has planned via the illegal invasion of America, the diversion of counter-terrorism assets — be they air support cover or a myriad of others — is an act of war against the nation. Plain and simple.

SO, it is with the above basic guideposts in mind that the following must be examined.

While the nation’s Federal Air Marshals (FAM) are busy on the Mexican border providing illegal immigrants with welfare checks, transportation, and other basic services, Al Qaeda is planning attacks in the U.S. involving planes, according to high-level Department of Homeland Security (DHS) sources. Judicial Watch obtained from government sources a copy of the new intelligence alert, which was delivered on December 31, 2022, at 12:23:52 Greenwich Mean Time. The caption of the widely circulated warning reads: “Al-Qaeda says upcoming attacks on US, possibly involving planes, will use new techniques and tactics.”

The threat could not come at a worse time, as the Biden administration leaves aircraft at risk by sending 150-200 FAM monthly to the southern border to help deal with what it calls “a surge in irregular migration.” The deployments will continue indefinitely, according to multiple FAM sources, and the specially trained aviation security specialists are outraged. The agency works under the Transportation Security Administration (TSA), which was created after 9/11 to prevent another terrorist attack. FAM is charged with protecting commercial passenger flights by deterring and countering the risk of terrorist activity. Nevertheless, in late October, the Biden administration began deploying the highly trained law enforcement officers to busy Border Patrol sectors to help with hospital watch, transportation, security and welfare checks at migrant facilities.

Days later the Air Marshal National Council, which represents thousands of FAM nationwide, accused TSA Administrator David Pekoske and FAM Director Tirrell Stevenson of violating federal law and overstepping their authority by assigning air marshals to assist the U.S. Border Patrol with the illegal immigration crisis. In a formal complaint to the DHS Inspector General, the group also accused the Homeland Security leaders of fraud, waste, and abuse of authority. Sending air marshals to El Paso, Texas, San Diego, California, Laredo, Texas, McAllen, Texas, Tucson, Arizona and Yuma, Arizona to transport illegal immigrants and conduct welfare checks has no relation to TSA’s core mission of transportation security, the complaint states. “The statute does not give the Administrator any authority to deploy TSA or FAM employees to the southern border to perform non transportation security related matters,” the complaint to the DHS IG says. “Further, under section (g) the statute describes what the Administrators authority is if an emergency, as defined by the Secretary of Homeland Security, is declared.” The act makes clear that the legislative intent is to only allow TSA to exercise authority and deploy its assets for transportation security, the report to the DHS watchdog confirms.

Hours after learning about the latest Al Qaeda threat, the Air Marshal National Council fired off a letter to DHS Secretary Alejandro Mayorkas as well as Pekoske and Stevenson reminding them that deploying FAM to the southern border to perform humanitarian work is reckless and putting the nation at extreme risk. “We are once again requesting you immediately stop these dangerous and unnecessary deployments and let our FAMs do what the American taxpayers pay them to do, protect and defend our transportation system,” the letter reads. “We have to ask how can you justify sending FAMs to the border in huge numbers, when the border is in your words secure, and there is no emergency? Yet we have major security incidents happening right now affecting our aviation security.”

Sonya Hightower-LaBosco, a retired FAM who serves as executive director of the Air Marshal National Council, confirmed that FAM are still being pulled off flights at a rate of about 200 a month to serve illegal immigrants at stations along the Mexican border. “They are making sandwiches for them and driving them around like Uber or picking up supplies,” Hightower-LaBosco told Judicial Watch on New Year’s Day. The head of the council, David Londo, called the redeployment of air marshals to the southern border “insane” considering the latest aviation threat from Al Qaeda. “Either they don’t care about aviation security, or they really think it is secure,” Londo said.