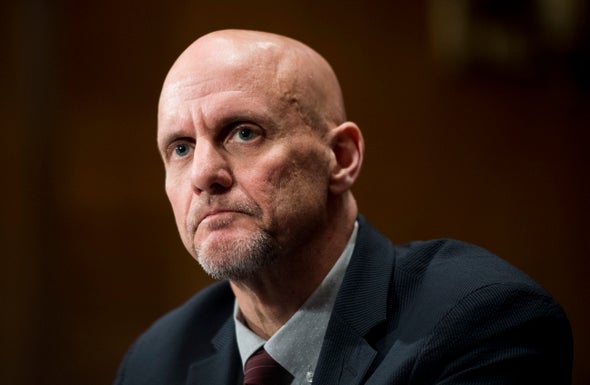 THANK heavens the good guys have zero intention of giving up and persist in scooping up deep state malefactors, regardless of any set-backs. It is along this trajectory of steely determination that a core question must be asked: if it’s not them then who? Rhetorical.

EVEN more so, deep state subverters are so deeply entrenched within the entire U.S. apparatus that the usual savvy President Trump was fooled by many of his close advisors, that is, whereby more than a few enemies of the nation became burrowed throughout his administration. Foxes in the hen-house. But better late than never!

AND this is where JAG’s arrest of former FDA Commish Stephen Hahn, an under the radar evil-doer, comes into sharp relief. Thankfully, Trump saw the light, in a manner of speaking, and added him to the “list.”

A JAG source familiar with the operation told Real Raw News that Hahn, whom Trump named on a sealed indictment prior to leaving Washington in 2021, profited massively from endorsing and pushing experimental vaccines that killed hundreds of thousands of citizens. JAG alleges that vaccine manufacturer Moderna (and possibly others) offered Hahn lucrative quantities of cash in exchange for misrepresenting the clot shot’s safety and efficacy.

Investigators pounced on Hahn, 62, as he left a gym near his Silver Springs, Maryland home. They reportedly showed him a military arrest warrant, cuffed him, and tossed him in the rear seat of a civilian SUV. “I was supposed to have immunity,” Hahn crowed.

JAG said Hahn was part of a broad conspiracy to deceive President Trump into believing Covid vaccines were harmless, prompting him to launch Operation Warp Speed, a program whereby the FDA loosened—or abolished—vaccine administration protocols. On December 18, 2020, Hahn personally granted emergence-use authorization for Moderna’s shot. JAG said Hahn moved forward with the EUA despite having concrete proof that the vaccine had killed or gravely sickened Phase I and Phase II trial participants, some of whom died suddenly after getting a single vaccination.

Hahn, our source said, had unrestricted access to Moderna’s database, which showed that 45 of 600 Phase II participants (7.5%) developed abnormal blood clots within 14 days of getting vaccinated. Twenty-one of them had fatal heart attacks. This evidence suggests at least 3.25% of vaccinated people died—a stark contradiction to the CDC’s assertion that only 0.002242857142857143% vaccinated persons get myocarditis or other serious side effects.

Hahn’s motivation for taking part in the conspiracy, our source said, was money: He got a $2.7m Moderna payout three weeks before granting EUA, and an additional $2.2m boon a month after clot shots began entering the arms of a naïve public.

“We have the proof, and it will be made known at his military tribunal,” our source said. “We want to close the door on the Covid criminals, but it’s a long list. It goes far deeper than just Fauci, Birx, Collins, and Hahn. Hundreds of thousands, if not millions, of Americans died because of them—not sick with Covid but killed by the vaccine. They must all face justice.”