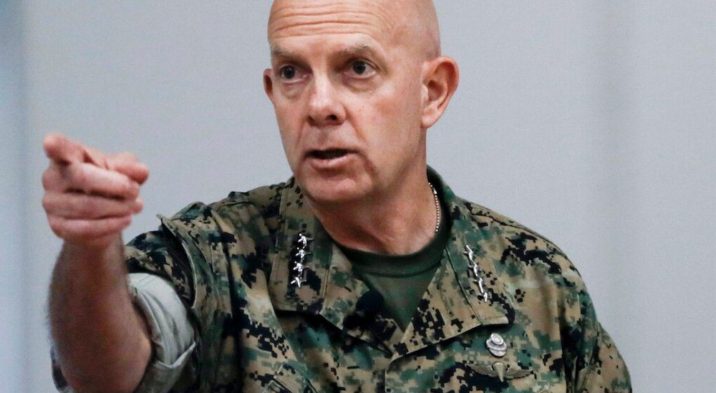 LET’s be patently clear: Whatever one’s opinion is of the back and forth strategic struggle within the White Hat hierarchy, this much is for sure: They are all heroes. Patriots.This is so because without their heavy-lifting, none of the deep state betrayers would be dealt with. Period.

IN no uncertain terms, the above link contains a most important overview of the nation-shattering crisis at bay.

MOST significantly, at the end of it all, it matters not a whit which faction turns out to be correct. The only question is: Will the traitorous cesspool be flushed out in time, or not?? Incontestably, the fate of the west rests upon the outcome.

Real Raw News has received more information on the final minutes of a White Hat convocation that took place in General David H. Berger’s office Friday morning. As reported yesterday, White Hats favoring a ‘let’s wait and see’ approach in matters involving sweeping Deep State arrests have quibbled with those preferring an immediate takedown of roughly 75% of Congress. The 12 officers tasked with deciding whom to arrest and when, 11 of whom Gen. Berger personally handpicked, are split down the middle on either side of the argument, according to a source in Gen. Berger’s office.

The 12th officer, Gen. Berger himself, was handpicked by President Trump to lead the White Hats to victory over the Deep State—a fact Gen. Berger reminded them of near the conclusion of Friday’s meeting.

“This isn’t a democracy,” Gen. Berger told the council. “The military doesn’t work on democracy—we work on a unified chain-of-command. Some of you have forgotten that principle. President Trump assigned me this responsibility. You advise; I make final decisions. If any one of you want my job, you have two options: go ask Trump, or pick up a pugil stick.”

“Without President Trump, we wouldn’t have the authority to make any arrests. We owe him trust, and our patience. If he feels public arrests should wait until the midterm results are in, I side with him, regardless of our empowerment,” Gen. Berger continued.

He was apparently addressing Major Gen. Richard E. Angle and Col. J.D. Keirsey, both of whom have made cacophonous outcries for broad and immediate war against the Deep State. Others on the council, our source said, share their opinion but have been less vocal.

“I appreciate your input, gentlemen, but you will stand down. Our job is capturing traitors, not having them among us,” Gen. Berger said.

He went on to say that 60 years of Deep State damage could not be undone overnight—or in week, month, or year. The Deep State had become so enmeshed in the political arena that determining where the corruption began and ended was an intractable dilemma, he added, and endorsed methodic, systematic engagement over rash action.

“The Deep State phalanx will fall. It’s only a matter of time,” Gen. Berger said.