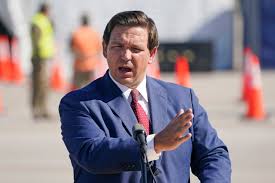 SINCE there is neither the inclination nor the time to re-work the wheel, so to speak, the reader is deferred to the linked post as a backgrounder,

IT is in furtherance to the above that today’s report should be viewed and placed into context.

MOST significantly, whatever shakes out, this much is for sure: every minute of every day, forces within the deep state execute the main goal, that is, the destruction of America. Therefore, while awaiting for the results of Nov. 2020 does not seem at all unreasonable, well, when it comes to the vast damage that will accrue in said space of time it is too long to wait. They know there will be a wipe-out, and their final push will make the previous wrecking balls akin to Disneyland.

EVEN more so, while recapturing Congress will make a dent in the deep state’s timetable, sans a massive, massive “sweep-up”, the wreckage will still take place outside its halls. Understood?

President Donald J. Trump’s reluctance to embrace immediate “broad, public mass arrests” has caused a loyalty shift among White Hat commanders who feel Trump is more interested in playing politics than saving the United States before it’s too late, according to a source in Gen. David H. Berger’s office who gave Real Raw News a summary of Friday’s meeting.

At least two White Hat leaders, he added, have called for a “vote of no confidence” in Trump’s leadership as they instead eye Florida Gov. Ron DeSantis as a potential civilian counterpart. Those persons, U.S. Army Major Gen. Richard E. Angle and Col. J.D. Keirsey, whose station among White Hats RRN discussed in an earlier article, cited DeSantis’ attack on Disney’s pedophile cabal and racial hypocrisy as evidence he has the temerity and gusto to lead the charge. Many White Hats believe that mass public arrests will backfire without the support of a conservative politician who commands respect from most of the population and is adherent to the U.S. Constitution.

Gen. Angle and Col. Keirsey admitted to Gen. Berger that they had sidestepped the chain-of-command by speaking to DeSantis behind his back, a decision of necessity. Their insubordination, they said, was a byproduct of Gen. Berger’s unwavering and sometimes questionable loyalty to President Trump.

As RRN reported last week, President Trump said his support for mass arrests was contingent on midterm election results. He has said sweeping arrests may not be needed if the Deep State suffers a crushing midterm defeat, a position Gen. Berger endorsed.

Gen. Berger, our source said, admonished Gen. Angle and Col. Keirsey, calling their rebelliousness a repudiation of his leadership skills.

“With respect, sir, our job is saving this country. How long have we waited? We can’t twiddle our thumbs until 2024, or even November. Our nation is falling apart before our eyes. Trump’s malaise has cost us time we don’t have. He has squandered opportunities,” Col. Keirsey said.

“But you agree we can’t act on our own, that we need the backing of civilian politician?”

“We agree that would be a more acceptable solution,” Gen. Angle chimed in. “The United States is not a stratocracy, and we’d prefer to avoid that label.

“But DeSantis?” Gen. Berger asked incredulously, and requested the outcome of their conversation with Florida’s governor.

Per our source, DeSantis was receptive to the idea but said his fidelity to Floridians might prevent greater national ambitions, as he wages an arduous battle against the Deep State in his home state. Moreover, he implied he didn’t want to create enmity between he and Trump.

“He agrees with us but, like most politicians, fears possible fallout. He didn’t say no, and said he’d get back with us in a week. I told him we haven’t much time and can’t wait indefinitely for an answer,” Gen. Angle said.

In closing, our source said White Hat leadership consists of more than three officers. All told, 12 generals, admirals, and colonels participate in decisions, but we have been asked at this time to shield their identities and opinions. We can say, though, that roughly half favor sweeping arrests, with or without political support.

4 thoughts on “White Hats Look to DeSantis for Hope … What’s Going On?”