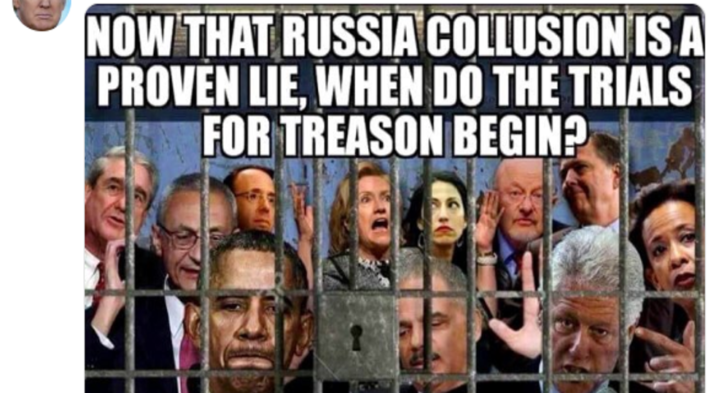 On Monday afternoon William Jefferson Clinton, dressed in a white jumpsuit and handcuffs, swaggered into GITMO’s south courtroom, and flashed a smile at the three-officer commission tasked with judging the Judge Advocate General’s case against him. In what can be described only as a surreal scenario, one panelist, a female Air Force captain, returned the smile and told Clinton “It’s a pleasure to finally meet you, Mr. President.”

Vice Adm. John G. Hannink, present to prosecute JAG’s case, looked at the officer—who we will call Captain Ashley Redding—in stunned silence. He then reprimanded her, asking why she had breached protocol by engaging the defendant in civil discourse.

Captain Redding looked at both Vice Adm. Hannink and the other two panelists with a furtive grin. Her face reddened, and she admitted she was once Clinton’s fan and had voted for him twice.

“I can’t help it. People love me,” Bill Clinton said.

Vice Adm. Hannink ordered Clinton’s MP escort to drag him back to his cell, then cleared the courtroom except for Captain Redding. He asked whether her warm greeting to Clinton was facetious or sarcastic, and she confessed that she had developed a fondness for Clinton long before she had joined the Armed Forces.

As with all commission volunteers, Cpt. Redding had been vigorously vetted prior to selection. She was one of 350 officers who had volunteered to judge the military’s evidence against Bill Clinton without bias, passion, or prejudice. In fact, JAG officials spent several hours interviewing her to ensure she could impartially adjudicate evidence.

Cpt. Redding told Vice Adm. Hannink that she had lied on a questionnaire and had deceived interviewers who had asked if she had personal feelings for Clinton, one way or another. She said her “childhood crush” would not hamper her sagacity to deliver fair judgment.

“I simply got lost in the moment at seeing him,” she told Vice Adm. Hannink. “I’d wanted to meet him all my life. But that won’t effect my ability to judge him fairly.”

Vice Adm. Hannink was not impressed. “You betrayed your oath to the U.S. military and to this court. You are dismissed and consider yourself lucky we won’t seek punitive action against you.”

He said that William Jefferson Clinton’s tribunal would begin in a few days, after he and JAG had correctly vetted a third member of the commission.