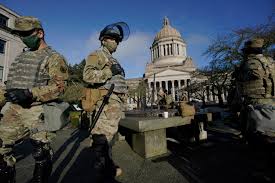 WHEN it appears as if a smoke and mirrors show is being performed, as if a shuck and jive is happening right in front of you, this experienced investigative journalist has some advice: Trust your gut….your so-called lyin’ eyes, too!

AS such, due diligence mandates that supportive documents — via clarifying bullet points, even if other questions get raised in the process — must be provided.

INVARIABLY, as is the nature with complex political maneuverings that are infused with many moving parts, timelines may be altered. Even so, the underpinnings remain as is.

SO, here is where the truth lies…..to a greater degree than not.

Hitler was notorious for being paranoid about the people who were around him, especially those who were allowed to carry weapons in his presence.

Churchill on the other hand was known for mingling with the people and not fearing attacks from his fellow countrymen.

Now, I’m not going to beat Godwin’s law to death here, but seriously, why would the Dems, who control the entire government, need all these armed troops?

What are they planning that they think a standing army occupying the Capitol would be necessary?

It’s a scary question to ponder, especially after Biden has issued 40 Executive Orders in his first few weeks in office.

‘More than 20,000 National Guard troops were called in to DC to protect Joe Biden’s sham inauguration after the Democrats stole the 2020 election with voter fraud.

The Democrats used the troops as props then tossed them into a cold parking garage in the dead of winter.

Thousands of National Guard will remain in DC until March as the Democrats persecute Donald Trump with a second impeachment senate trial.

What else is the DC swamp planning that they have to protect themselves with military troops?’

Not good, none of this is any good.

2 thoughts on “ALERT: Democrats (Still) MILITARIZING Washington DC, Troops Arriving By The Bus Load + February 1st Is When It All BEGAN – Executive Order 13848 Has Gone Into Full Effect! WHAT’S GOING DOWN? [EXPLOSIVE VIDEO] By Adina Kutnicki”