One of the benefits of being blessed with a widely read blog – with re-blogs all across the Internet – is the ability to share uplifting moments in time.

As is known, the basis within is steeped in exposing Islamic Jihad, accompanied by its dangerous and maze-like permutations. In conjunction, a major effort is put forth to peel back the many insidious and toxic layers of the cultural war raging inside America. Overall, the west is in the direct cross-hairs of the red-green alliance, as such, it is a heavy burden to be immersed within the aforementioned cesspool. As a result – and even more so – it is very gratifying to be able to switch gears to a lighter note, so to speak.

In this respect, “Adina Kutnicki Performs Penny Lover – B’Day Gift For Doc” made its debut within these pages (March 13, 2019) – but little did I know what I set in motion!

Long story short: Whereas the recording was meant to be a one-off (as detailed within the above link), one thing led to another, that is, when particular musicians stumbled upon it on youtube! Go figure. 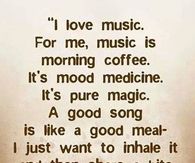 Since then – akin to taking on a life of its own – I have been fortunate enough to perform at two hospital dinner dances/fundraisers (one in Tel Aviv, the other in Haifa). In the interim, switching gears, I headlined at a rockin’ karaoke club. What a juxtaposition. What fun!!

And today’s upload is the outgrowth of a special request by one of the two (native Israeli) bands that I have the privilege, on occasion, to front for. As it happens, they are becoming well known in the genre of American soft rock/pop, with a dash of R&B/Soul, too. Yes, they are convinced that I have a “one of a kind” sultry sound; that which blends perfectly with some of the top love songs to hit the charts. Hmm. So when asked to lend my vocals for a particular project – and with Joanna as their song choice – well, how could I refuse. Oh joy!

That being stated, I would be remiss not to mention the part played by my partner, “Doc.” It was his “oh wow” reaction – when he first heard me sing – and supportive encouragement that inspired me to record Penny Lover, in the first place. As is said, the rest is history.

{one of two rehearsal studios where the “magic” is made…..}