YOU know that the truth has been turned upside its head – that the west has gone off its axis – when a consistent, moral Congressional voice against Islamic terrorism, Rep. Engel (D-NY), is muted. DOA. Effectively, said heretofore mainstream Democrat can no longer be relied upon to lead the way. Inexorably, a tragedy of monumental proportions. In tandem, the newly reduced sheeple demonstrated his downfall via his participation in the latest scalp-hunt, that is, IMPEACHMENT! Craven-like. 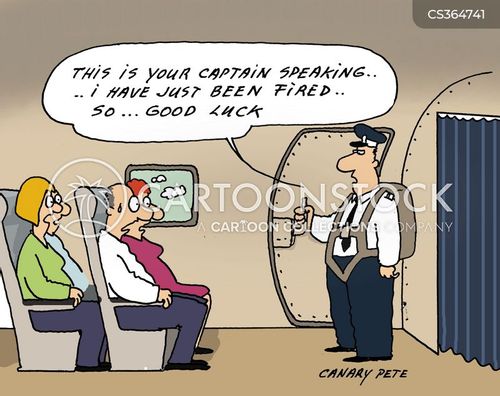 AS chairman of the House Foreign Affairs Committee, Engel is in a unique position to lead the charge against the Muslim Brotherhood Mafia’s thrust into the body politic, as well as within the epicenter of civil society. Assuredly, he is duly aware that Hamas has its origins in the Egyptian branch of the Brotherhood Mafia, having transformed into the Gazan arm of the aforementioned Sunni terrorism front groups – out of which CAIR was birthed as its propaganda mouthpiece. Likewise, he is fully versed in the hydra-like tentacles of the Brotherhood Mafia, and its deep entrenchment within America. To wit, its many branches are implanted as a powerful weapon to impose political Islam, that is, Sharia Law, a cancerous scourge. This is Political Terrorism:101. Its basis is no secret.

IN light of the above – and so much more – it beggar’s belief that a heretofore well-informed, highly-sourced, and VERY powerful member of Congress would bastardize a bill; that which should have been used as the main stepping stone to, finally, usher in the following languishing legislation: Senator Cruz’s Bill S.68, introduced in the Senate on January 9, 2017 – The Muslim Brotherhood Terrorist Designation Act of 2017!  But, to be fair, President Trump has failed to take the lead in this arena, too. Pray tell, what is he waiting for?

NOT only that, Hamas is already a U.S. designated sponsor of terrorism! How can this be??

A bill that would sanction sponsors of Palestinian terrorism was watered down significantly after a lobbying campaign by the Palestinian Authority and Qatar targeted Bronx Rep. Eliot Engel, chair of the House Foreign Affairs Committee, public filings show.

When the Palestinian International Terrorism Support Prevention Act was first introduced by Florida Republican Brian Mast in 2017, the bill called out Qatar for aiding and abetting terrorists.

“Qatar, a longtime US ally, has for many years openly financed Hamas, a group that continues to undermine regional stability,” US Undersecretary for Terrorism and Financial Intelligence David Cohen said in language which was also included.

The bill made it out of committee, but never onto the floor for a vote.

In 2019 Mast tried again with an almost identical bill — except the tough talk on Qatar was stripped entirely. In addition, a new section was added offering a number of loopholes around sanctions for organizations or individuals offering “humanitarian assistance to Hamas, the Palestinian Islamic Jihad, or any affiliate.”

Both Hamas and Palestinian Islamic Jihad have been listed as foreign terrorist organizations by the US State Department since 1997.

“After it became clear last Congress that the bill wasn’t going to pass as it was currently written these changes were made to make it more likely the bill could get enough support to pass,” a spokesman for Mast’s office told The Post, who insisted that the bill remained functionally as robust as before.

The 2019 version easily passed the House on a voice vote in July.

It angered Jewish groups. “There is certainly no excuse for organizations and countries to give money to a designated terror organization in the name of helping people of Gaza. There are other channels to do that such as via the United Nations,” the Orthodox Jewish Public Affairs Council told The Post.

In both the critical moments before and after the bill was reintroduced without the language, Engel was lobbied heavily on the issue.

Between February 7, 2019 and May 7, 2019 lobbyists for the Palestinian Authority at Squire Patton Boggs hit up Engel’s office seven times to discuss “US-Palestinian Bilateral relations.”

On March 19 — two days before the updated bill was submitted to the committee — a rep for Engel, Mira Resnick, took a meeting with lobbyists from the same firm. The day after the new language was formally released, she followed up with a phone call.

A spokesman for the committee denied the meetings had centered on the sanctions bill, but did confirm Resnick had been lobbied on the issue by the Qatari embassy.

“Eliot told me directly that he was getting a lot of pressure from the Qataris,” a professional acquaintance of Engel’s told The Post. “The Qataris did a full court press to remove themselves from the bill.”

“I had meetings with the Qatari embassy,” over the issue, a committee staffer confirmed to The Post.

“The committee heard from the typical range of outside interests during the legislative process, but the idea that chairman Engel or the committee caved to anyone’s demands is just silly,” committee spokesman Tim Mulvey told The Post.

“There was bipartisan pushback. There was some significant pushback that led to the bill kind of getting watered down,” said another staffer familiar with the matter, who added that legislators from both parties on and off the committee had pressed for the removal of the language.

The pushback – at least in part — comes from a concerted Qatari lobbying campaign. Engel is far from alone in fielding inquiries from Qatar’s agents in Washington. Public filings show a sustained effort by the country to influence public policy, spending millions of dollars and employing multiple lobbying shops for the effort. They have targeted dozens of D.C. lawmakers.

Engel did not respond to multiple messages seeking comment.

Despite a long and well-documented history of financing terrorist organizations, Qatar remains a key US regional ally. The Al Udeid Air Base — the largest US air base in the Middle East — is in Qatar and is home to roughly 11,000 US military staff.

“We’ve run our air war out of Afghanistan out of there, the air campaign against ISIS is run out of there,” F. Gregory Gause, a regional expert and Professor of International Affairs at Texas A&M University told The Post.

“The Pentagon is interested in maintaining close relations with the Qataris … dropping the hammer on the Qataris really wouldn’t be practical politics.”

INDEED, a useless and toothless Bill has emerged – more than a bludgeoning of the truth. Call it like it is: under Engel’s aegis, the U.S. is kow-towing to Qatari Mafioso, as the Pentagon pursues one grouping of terrorists from Al Udeid Air Base, while allowing the other side of the terror coin to fatten their jihadi coffers and kill Americans alike – even if the murder of Jews, as a knock-on effect, is of little consequence!

YES, for all practical (political) purposes – never mind moral ones – how is any of that in the interests of U.S. national security? Moreover, how is it any different than parsing between one Nazi group or another?

MIND you, aside from all else, the PA is a well documented terrorist junta – its genesis formed under the bloody wings of the godfather of suicide terrorism, “Chairman Arafat!” As to a more robust exposition on Qatar’s terror ties, look no further than to 9/11/01 and its “bag-men” via Qatar! 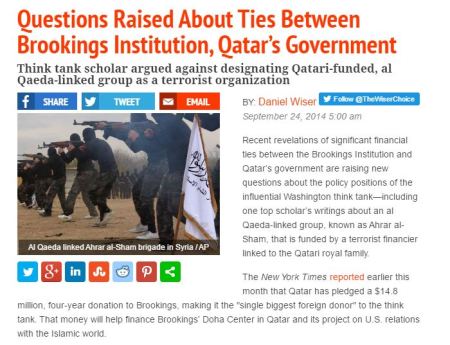 AND it is along these treacherous political minefields that the knock-on effects from two seemingly divergent fronts coalesce and gain momentum. As to who’s on first, it is hardly an accident that an increasing amount of yesteryear’s mainstream Democrats have ceded power to the far-left and Islamic-imbued members of Congress, namely, “The Squad, a/k/a AOC + 3.” Intrinsically, when principled actors are cowed and bowed, the heretofore stopgaps and bulwarks to the west’s slippery slope (in countless arenas) no longer exist.

AS to the second front, when the aforementioned infect the body politic, a harbinger to come awaits – stepped-up anti-semitism in America akin to Europe ala its mainstreaming!

Now, this jihadi expert dares anyone to find an example of a non-Muslim classmate forcing another to kiss their feet. This is so because it wouldn’t cross their mind, regardless of all other forms of bullying. Most significantly, how many understand its symbolic meaning in Islam, let alone its out-sized form of bullying? Indubitably, when an infidel is forced to kiss a Muslim’s feet, it IS considered a form of submission – all the prattle of addled westerners, beside the point.

At a parade here in March, revelers danced to a song about Jewish greed while standing on a float shaped like an Orthodox Jewish man with a rat on his shoulder holding money.

In August, an op-ed in a major Belgian newspaper called Jews in Israel land thieves with a religious superiority complex and “ugly noses.”

And earlier this month, a local politician presented a painting he made featuring a swastika and the words “And God created A. Hitler” at a prestigious Brussels art gallery.

Such incidents are not unusual in Western Europe, where public displays of anti-Semitism are making a comeback. But their defense by authorities and the responsible parties has prompted concern that anti-Semitism is gaining a level of mainstream acceptance in Belgium that is matched by few, if any, other Western European nations.

“Nothing is unique about the prevalence and nature of anti-Semitism in Belgium,” said Joel Rubinfeld, a former co-chair of the European Jewish Parliament and current president of the Belgian League Against Anti-Semitism. “What is unusual is that recently, we’ve had a string of incidents where officials, opinion shapers and artists are defending anti-Semitism. That is a quite worrisome development, which I think is only happening in Belgium on this level”….continue reading the virulent hatred here…..

ALAS, other than lip service, does anyone in U.S. officialdom (with most of the Democrat-Media Complex as their silent accomplices) give a rat’s behind that the NYPD reported that Anti-Semitic hate crimes in NYC have risen significantly in 2019? Rhetorical.

ALL of which circles back to what lies in wait, when U.S. leadership – the epicenter of western civilization – in one way or another, falters in their mantle.

SO, if even a smattering of the truths within hit one’s core, know this: if the tide isn’t turned inside the American body politic and civil society at large, say, in a matter of five to ten years (if not sooner), the above will appear as child’s play – in comparison to what is to come.
INCONTESTABLY, when Islamic terror is covered up, the blow-back is never far away – even if it appears that all is quiet on the western front, be it in America or elsewhere. Don’t ever forget this. 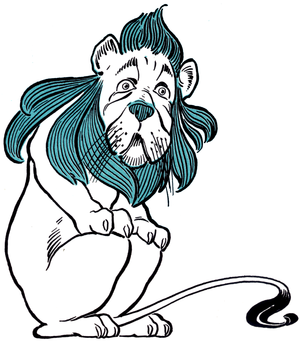